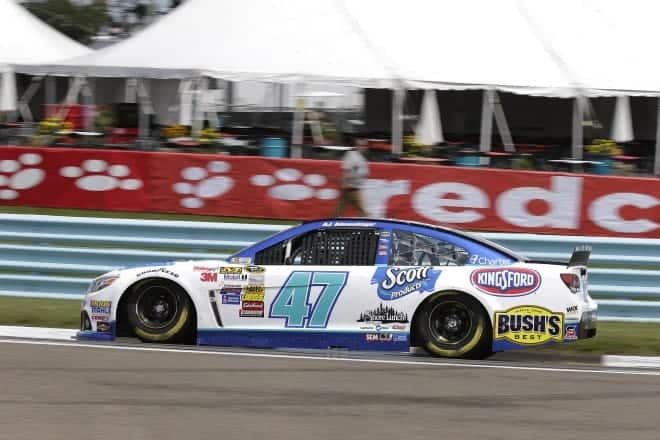 JTG-Daugherty Racing had its best NASCAR season in 2014, with AJ Allmendinger winning his and the team’s first Sprint Cup race at Watkins Glen in August. The win put the No. 47 in the Chase, where Allmendinger ended the year 13th in points. As part of a technical alliance with Richard Childress Racing, Allmendinger was the only driver to take an RCR-built car to Victory Lane in the Cup Series last season

Entering 2015, the team knows it still has work to do, and it all boils down to one thing: consistency, particularly on the intermediate tracks that comprise much of the Cup schedule. The team had just five top-15 finishes on non-restrictor plate tracks of 1.5 miles or longer in 2014, compared to seven on other tracks.

“Even if we make the Chase, I’d like to know that we would have made the Chase just based on points as well, so consistency is going to be our big focus,” said crew chief Brian Burns on Tuesday. “Hopefully we can go and win the road courses, but we want to be stronger than last year.”

Allmendinger says that the competition is tighter than ever. “What makes it tough is the competition side of it,” the driver said during his media session on Tuesday. “Our short track package—two-thirds of it was really good. We had great runs at Martinsville. At Bristol, we were fast but never could get it right. At Richmond, we finished sixth…so our short track package wasn’t too bad. Our mile-and-a-half package is where we’ve got to work. We didn’t qualify very well at a lot of races. That’s what we’ve got to focus on is those Fridays and going out there and being better. ”

Burns also said that the team’s alliance with RCR has meant that the team is now on a higher competition tier than ever. Along with the No. 13 of Germain Racing and the No. 78 of Furniture Row, the No. 47 team has access to all information that’s gathered by the three RCR teams, which helps the team find the setups it needs without the expense of adding a second team.