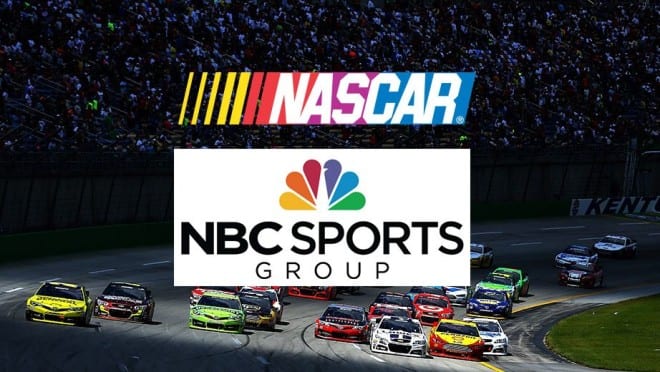 NBC Sports is set to come back into NASCAR after a hiatus that has lasted over eight seasons. Broadcasting 20 NASCAR Sprint Cup Series races and 19 NASCAR XFINITY Series contests, the network has officially released its team of talent for the 2015 season.

Based in Stamford, Conn. for shows such as the flagship NASCAR America, along with production in Charlotte, North Carolina – NASCAR’s main hub – NBC has grown within the past year in preparation for taking over the television rights for the next decade. Mike Massaro, a veteran reporter from ESPN, will host NASCAR America, which has been hosted by Rick Allen, who will be the lap-by-lap announcer for NBC’s Cup Series coverage.

In addition to coverage dedicated to NASCAR, NBC will be working on multiple projects to increase the sport’s brand. Prior to 2015 starting, the network has already done just that with multiple features on Carl Edwards, Jimmie Johnson and other top drivers and how NASCAR can relate to other major sports.

1999 NASCAR Sprint Cup Series champion and Hall of Fame member Dale Jarrett was recently announced as a member of NBC’s NASCAR team. He will join Krista Voda and Kyle Petty on pre-race and post-race broadcasts, along with being in the booth for four XFINITY Series races. NBC also announced that he will have a role on the Golf Channel this year.

“They’re probably going to tell me that I’m 58 years old and that I should change my swing,” Jarrett joked on working with the Golf Channel. “I’m not really sure where I will go, but it’s going to be fun. I love the game, I still play as much as I can and if they can help me with any part of it, then I can become better.

“My role here at NBC is quite different,” he explained while comparing his duties at ESPN and NBC. “Not being in the booth – I will be for four XFINITY races – but other than, my part as an analyst is going to be setting up what Rick, Jeff and Steve are going to talk about. It is a new challenge for me, even though I did some of that through the seven years [with ESPN], this is a different challenge and you are working with different people, so I look forward to learning more about the TV world.”

Along with coverage of NASCAR’s top-two divisions, NBC will broadcast multiple K&N Pro Series races this year, including the season-opener at New Smyrna Speedway on Feb. 15. Allen and 21-time Sprint Cup Series winner Jeff Burton will be in the booth for the division’s first race on NBCSN.

Top Gear host Rutledge Wood will continue to take part in NASCAR following his stint with FOX Sports. Wood has been named Rutledge the “Lifestyle and Entertainment” reporter for NASCAR on NBC, and will also cover other events in motorsports.

Krista Voda moves over from FOX Sports to work with NBC’s NASCAR effort, along with  Carolyn Manno, who has worked with NBC’s NFL and Olympics coverage. Nate Ryan, Dustin Long, Marty Snider and Kelli Stavast highlight the reporter coverage that NBC will be providing in 2015.

I am looking forward to watching NBCSN in nascar & K&N series ,
I think they have put a Great crew together to showcase their Network for NASCAR 2015
Wish they were starting in February ! But JUlY will be a fun start to XFinity !’nb