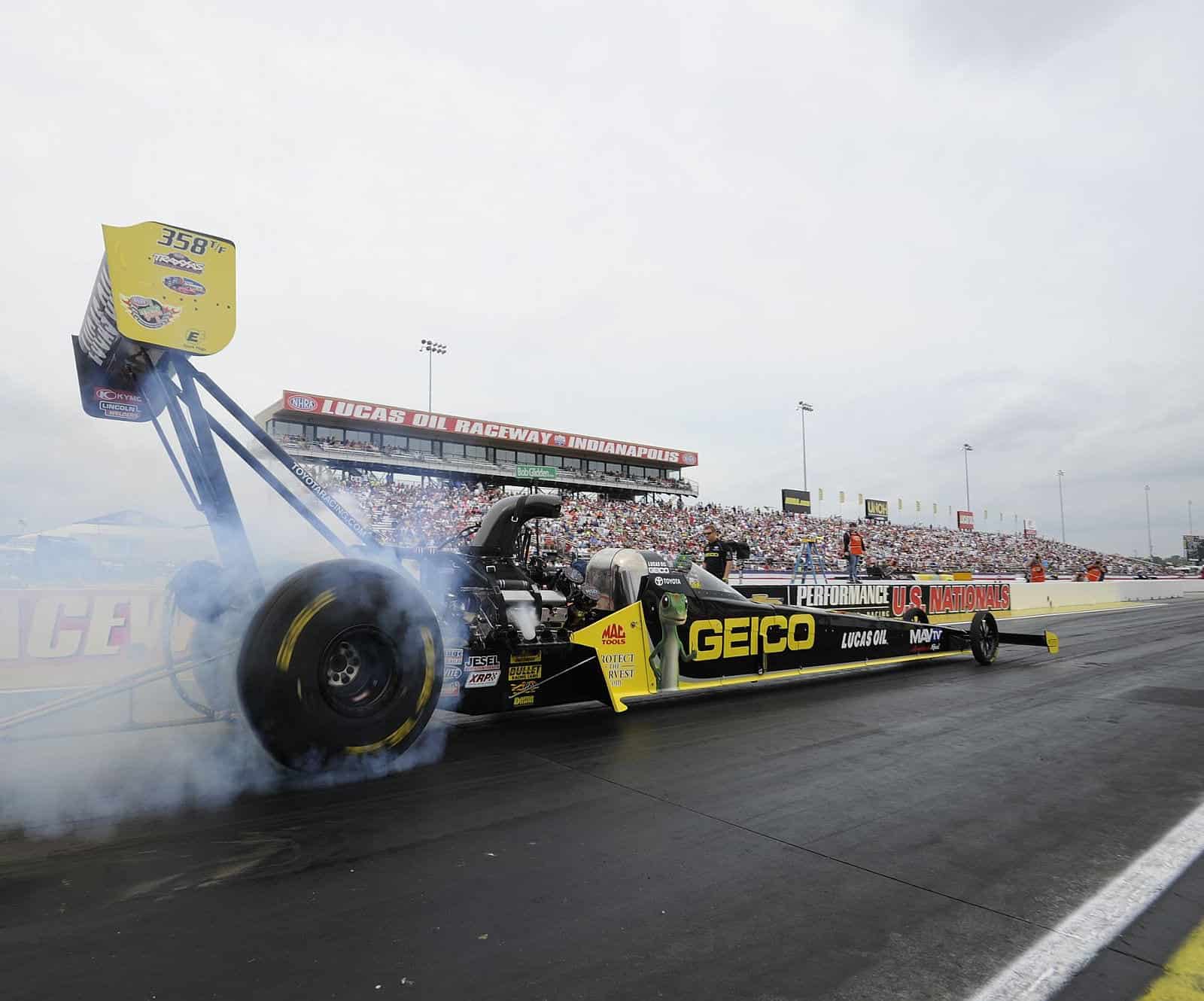 The Chevrolet Performance U.S. Nationals is the most prestigious event of the year in the NHRA Mello Yello Drag Racing Series, so the competition committee is sweetening the pot with a points increase for competitors.

The U.S. Nationals also marks the end of the “regular season” for NHRA, with the six-race Countdown to the Championship starting at the next event.

“With more points up for grabs we certainly expect to see a lot of movement throughout the top 10s in each of the Mello Yello Series classes on the final day of the regular season,” said Graham Light, NHRA senior vice president of racing operations. “The Chevrolet Performance U.S. Nationals is already one of the most pressure-packed events on the circuit and we expect that level of excitement to increase significantly with this points increase.”

In addition to finishing position points, competitors can also earn 15 points for making at least one attempt to qualify, 20 points for setting a national record, eight points for earning the No. 1 qualifying position and up to 15 points by earning three qualifying bonus points in each of the five qualifying sessions. That means a winning racer could potentially earn up to 208 points for the weekend.

The Chevrolet Performance U.S. Nationals takes place at Lucas Oil Raceway in Indianapolis and the weekend also features the Traxxas Nitro Shootout, an all star event for Top Fuel and Funny Car.