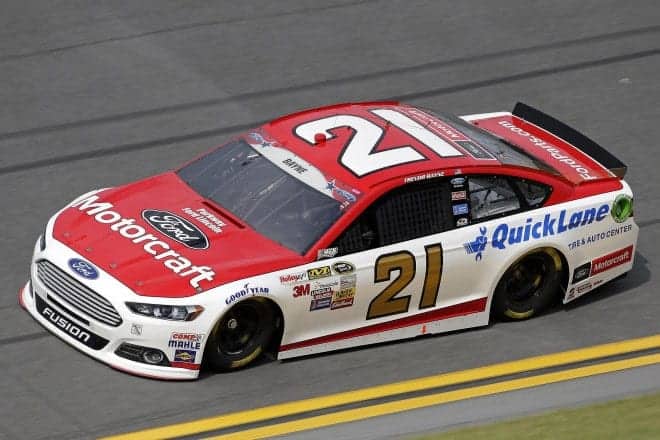 In recent years, NASCAR’s Sprint Cup environment has been one of haves and have-nots. The elite teams, like Hendrick Motorsports, Stewart-Haas Racing, Joe Gibbs Racing, Penske Racing, Richard Childress Racing, and Roush Fenway Racing dominated the landscape with a smattering of underfunded one- and two-car teams struggling to survive in a cutthroat environment. The big teams had the high-dollar sponsors and elite drivers, while the smaller ones were left with crumbs of funding, making it harder to attract and keep top-level people. The split between the two was a chasm.

But something has happened in the last couple of seasons: the sport is re-forming a strong class of mid-tier teams, who can be competitive with the high rollers on any given weekend, even grabbing a few wins here and there. The new Chase qualifying rules have given these teams a chance to shine, and sponsors have begun to recognize the value of a smaller team with a solid driver that people can get behind.

At the forefront of NASCAR’s new middle class is Richard Petty Motorsports, a two-car organization that fields Sprint Cup cars for Aric Almirola and Sam Hornish, Jr. The organization, whose teams have been solidly around 20th in points over the last couple of seasons before the boost of the new Chase, has fielded winners – Marcos Ambrose was the man at Watkins Glen for a couple of years and Almirola won last summer at Daytona to set up his Chase appearance. Both the No. 9 and the No. 43 are capable of running inside the top 10 some weeks, though others are more of a struggle. They’re not at the same level as those big teams, at least not yet, but they are gaining, and they inject some new blood into the mix when they run up front.

The sport needs that middle class. It provides fans looking for a little something different with someone to pull for who has a chance to win. Everyone loves an underdog, but it helps if the underdog gets a bone once in a while. The number of teams able to do that is growing, thanks to technical alliances with bigger teams, sponsor commitments and top personnel. RPM might be the top of the class on the strength of a pair of competitive teams, but right there fighting for that spot are a growing number of teams. JTG-Daugherty Racing surged into the spotlight with AJ Allmendinger’s win at Watkins Glen and subsequent Chase bid. Wood Brothers Racing took the Daytona 500 in 2011, right out from under the noses of the giants. Furniture Row Racing has been competitive. Germain Racing is growing into a contender.

Richard Petty Motorsports CEO Brian Moffitt says that having a strong middle tier in the sport is important for both fans and teams.

“It’s a performance-based business, ” Moffitt said Wednesday. “Winning early and consistency is what we’re focused on. We know where we are… we’re a 15th-place team, that’s where we were last year… so the goal is to continue to grow from 15th to first.

“We’ve moved from being dependent on Roush (Fenway Racing) to help with our cars to having more autonomy…We’re still partners with them but it’s more of a model similar to what Gene Haas is doing with Hendrick. It’s a huge morale booster when we have success on the track. But consistency is what our goal is—those top 10’s, top 5’s. Then the wins will come. (A middle class is) important in any sport. You always have the dominant teams, but you need those others. They’re always striving to get better. For us, a couple of years ago, we were in 20th place. We’re now a 15th place team…it’s what America is about. We take an opportunity and try to get better.”

Another mid-level team that is hoping to gain ground in 2015 is Wood Brothers Racing, which marks its 65th NASCAR season this year. The organization has a brand-new alliance with Team Penske, of a type which has been key to the rise of several smaller teams to a better position in the sport. Furniture Row Racing, JTG-Daugherty Racing and Germain Racing all reaped the benefits of an alliance with Richard Childress Racing last year, and that model is becoming more common. They also help with Ford’s driver development.

“Our role with Ford Motor Company is to help develop drivers,” explained team co-owner Eddie Wood on Wednesday. “Over the last four years, we tried to do that with Trevor Bayne… when he moved on to his full-time deal for the 2015 season, we were looking at who was the next guy. Ryan Blaney’s name kept popping up as the guy we needed. So with choosing Ryan, who was a Team Penske-affilaited driver, it made perfect sense to switch the alliance to Team Penske.”

Given the success Team Penske has had on track in recent years, the move should benefit the No. 21 team. In one way, it already has; Penske is helping the team add six additional events to its original 12-race schedule, which will allow Blaney more opportunity to grow and the team to race at more tracks and gather more data for the future. The organization would like to return to full-time competition if funding can be found.

The strength of the sport’s middle-class teams has grown and continues to gain momentum heading into 2015. These teams give fans and sponsors someone different that they can get behind and see have success on track who is not associated with the sport’s big-money, highly exposed teams. Those teams often seem out of reach to both fans and backers, while mid-tier teams mesh with many Americans’ own middle-class values. The country thrives when the middle class is successful, and to a degree, that is the case with sports as well. There is a lot for these teams to look forward to in NASCAR, and their success is vital to the health of NASCAR.

Interesting article. I enjoyed it. Personally I don’t cheer for any of those drivers so it isn’t especially important to me, but I respect the history behind Petty Motorsports and the Wood Brothers teams. I am happy that their organizations are in growth mode because even though I cheer for a HMS driver, I have often thought that having the mega-teams be in complete ascendance is not good for the sport.

Wait until NASCAR allows 5-car teams (Just wait; it will happen). Presently mega-teams are associated with various “satellite” teams and adding another car will only make it so much harder for small teams to keep-up, (as if that is possible now) or for any new teams to join the ranks of NASCAR. Racing pretty much mirrors any other business in were large teams (corporations) take over all the small teams (small businesses) and the sad part is its the small teams (businesses) that made NASCAR popular in the 90’s and 00’s.

You may be right and I agree with you that NASCAR essentially allows all of the mega teams to just have satellites and pretend that it is under different ownership.

At the end of the 2015 season, I’ll be that casual fan that NASCAR wants so much so all of the silliness that goes on won’t mean a thing to me.

Thats my point, that when you scrape away the spin its merely taking away from one mega team and the creation of another.

Interesting take.This is a story where its hard to separate the spin from the reality. However it seems to me that it has a lot more to do with the shift away from Roush toward Penske by Ford Racing. At the same time Penske adopting the Hendrick model.
But does it matter probably not other than to various bank balances.