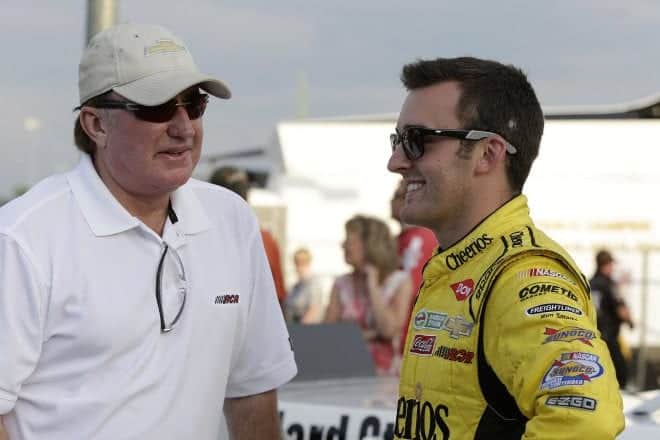 So close. 2014 saw Richard Childress Racing come within a hairbreadth of winning the Sprint Cup championship with Ryan Newman despite not having won a race all year. The organization knows there is work to be done in 2015 to bring the wins, but team officials are confident that the team has the pieces in place for a winning season.

RCR made few personnel changes in the offseason. On the Sprint Cup side, Austin Dillon, Paul Menard and Newman will again be behind the wheel. Dillon and Newman will once again be paired with crew chiefs Gil Martin and Luke Lambert, respectively. Justin Alexander will take over the pit box for Menard.

On the XFINITY Series front, Brian Scott will also have a new crew chief, with Mike Hillman, Jr. taking over the role. Ty Dillon remains with Danny Stockman and Brendan Gaughan and Shane Wilson will be paired for the third straight season after winning a pair of races in ’14, the most for an RCR team. A fourth full-time XFINITY Series ride will be shared by Austin Dillon, Menard and newcomer Brandon Jones with Nick Harrison calling the shots.

RCR also announced that WIX Filters has re-upped with the team for three races, two with Newman and one with Gaughan. Grainger comes on board as well for the first year of a multiyear deal. The company will be an associate sponsor for Newman’s No. 31, with select races as the team’s primary backer.