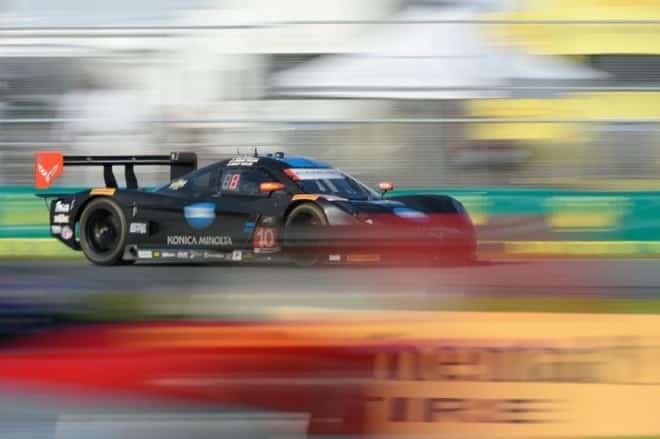 On Friday, IMSA announced that Wayne Taylor Racing has been dropped from third-place in the Prototype class and overall all the way back to 16th in class as a result of a drive time violation committed by the team in the closing moments of last weekend’s Rolex 24 at Daytona.  In endurance races, IMSA maintains rules that state that drivers cannot drive more than 14 hours in the race by themselves and cannot drive more than four hours in any six hour period.

Wayne Taylor Racing was in position to battle Chip Ganassi Racing with Felix Sabates’ No. 02 for the overall win Sunday after putting Jordan Taylor in the car to replace Max Angelelli with a shade under two hours remaining in the race.  Jordan had driven the No. 10 immediately before Angelelli’s shift.  The team knew that they were right up against the limit when Jordan got in the car, but thought they were in the good.

However, the team realized that if Jordan finished the race, they would go over the time limit.  As a result, the team brought Jordan in during the final full course yellow of the race to put his brother Ricky in the car, costing themselves the win in the process.  Despite making the switch, the team was still guilty of exceeding the limit.

After the race, Jordan was nearly in tears outside of Victory Lane.

“I think it was just a simple miscalculation on drive time,” Jordan told FOX Sports’ Chris Neville on Sunday.  “You’re only allowed to drive four out of six hours, and I was going to go over that.  It’s a bit disappointing, but we win and lose as a team.  We’ve gone 72 hours now in this race without a problem, but we just can’t win it.  We’ve got two seconds and a third.”

IMSA Race Director Beaux Barfield explained the reasoning for the decision in a press release.

“IMSA conducted a thorough review of drive times post-race, which revealed that Jordan Taylor exceeded four hours over a six-hour period late in the race,” Barfield said.  “Drive-time maximums are in place to ensure that drivers do not get fatigued and create safety concerns, as well as to prevent any one driver from making too large a contribution to its team’s result.”

Wayne Taylor Racing indicated on Friday that while they are disappointing with the ruling, they do not plan to appeal.

“Obviously, we are disappointed that inadvertently having Jordan drive a few more minutes than permitted has resulted in the issuance of these penalties,” team owner Wayne Taylor (Jordan and Ricky’s father) said in a press release.  “We fully understand IMSA’s stance on this and will not challenge the penalties levied against us.  We will move forward and continue to do our very best to succeed in our goal of winning this championship, which is one of the most difficult championships in all of motor racing.  We look forward to the next round of the TUDOR United SportsCar Championship at Sebring.”

At the time of his interview with Neville, Jordan Taylor also mentioned that it was going to be a good points day for the team.  Unfortunately for Jordan Taylor, the ruling means that it is not.  In addition to being relegated to the back of the Prototype class, the team also takes home 16th-place points (16 points, as opposed to the 31 they would have earned for third).  The penalty puts the team in a bit of a hole going to Sebring in March.