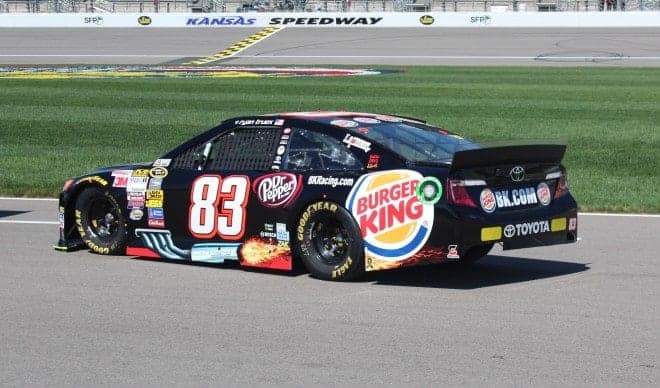 Following the press conference to announce the acquisition of Jeb Burton by the team, DiBenedetto announced the news through Twitter. He will drive the No. 83 Toyota on a part-time basis, sharing the car with Camping World Truck Series veteran Johnny Sauter. BK Racing could also potentially field a fourth car for him in the right circumstances.

I can announce that I have been signed with @BKRacing_2383 to run select races in the 83 Sprint Cup car! Blessed to have this opportunity

The announcement also indicated that Johnny Sauter will compete in occasional races for the team. BK Racing had previously only announced Sauter for the 2015 Daytona 500.

DiBenedetto, a native of Grass Valley, Calif., has no experience in the Sprint Cup Series. He most recently competed in 29 XFINITY Series races in 2014, with a best finish of 11th at Road America. In 2009, he scored two top 10s driving for Joe Gibbs Racing. DiBenedetto acknowledged Joe Gibbs Racing in a tweet following the announcement.

DiBenedetto could race as soon as Atlanta. BK Racing has yet to indicate how many races he will start, or if he will be eligible for Rookie of the Year honors. No sponsorship information has been announced at this time.