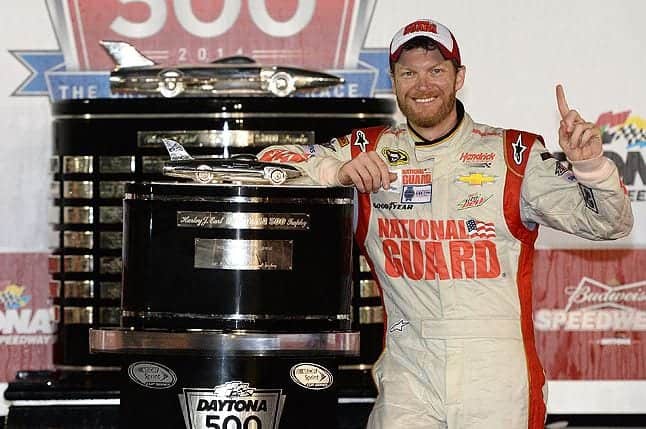 Trophies come naturally for HMS, and this year it seems easier than ever.

Actor Vince Vaughn will serve as the grand marshal for the 57th annual Daytona 500 at the Daytona International Speedway.

“Last year was an exciting one for NASCAR and I can’t wait to help kick off the 2015 season as the DAYTONA 500 Grand Marshal,” Vaughn said in a press release. “The DAYTONA 500 is one of the biggest events in all of sports and I feel honored to be able to be a part of it in it in such a major way.”

The deal is to promote the upcoming film Unfinished Business, which is set to hit theaters on March 6.

“We are thrilled to welcome Vince Vaughn as Grand Marshal for the DAYTONA 500,” Daytona International Speedway President Joie Chitwood III said in a release.  “We look forward to hearing Vince Vaughn’s command as we kick off the new NASCAR Sprint Cup Series season in front of hundreds of thousands of fans and millions more watching on FOX.”

Vaughn has starred in numerous movies throughout his acting career, including Wedding Crashers, The Break-Up and Couples Retreat.

Actors James Franco, Chris Evans, John Travolta, Ben Afleck, Nicolas Cage and Matthew McConaughey have all given the command in the past.