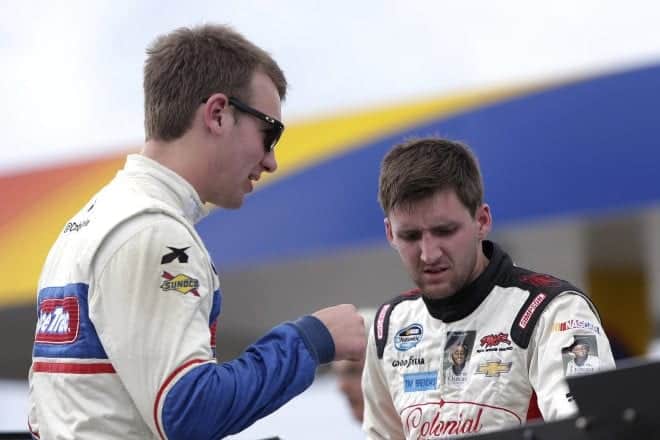 There will be a new face in the NASCAR Camping World Truck Series this season. A former TUDOR United Sports Car Series driver is set to join the NASCAR ranks on a full-time basis after running a handful of events last year.

Cody Ware, 19, will pilot the No. 50 Chevrolet for MAKE Motorsports throughout the 2015 season. With sponsorship from BUBBA Burger and Burnie, Ware will run the truck that finished 23rd in owner points last year.

“I’m excited to be teaming up with MAKE Motorsports for the 2015 season,” Ware said in a press release. “I’m looking forward to working with [team owner] Mark [Beaver], Tracy [Lowe], and everyone at MAKE, especially our new sponsors, Burnie and BUBBA Burger. I believe that this partnership will benefit everyone over the course of the season.”

In 2014, the son of NASCAR XFINITY Series team owner Rick Ware ran a handful of XFINITY races in the No. 23 car for his father’s team. After finishing on the lead lap in his series debut at Mid-Ohio, the North Carolina-native ran three oval races to get approved to race the Truck Series event at Talladega in October in the No. 5 truck.

MAKE Motorsports will also field a second truck on a full-time basis this year. Donnie Neuenberger, who has two career top-10 results in 23 Truck Series starts, will pilot the No. 1 truck for the organization during the season-opener at Daytona with Eagle Convenience Stores as the primary sponsor. Beaver’s team will have multiple drivers in the truck throughout the year, but no announcement has been made on who will fill out the season for them. TJ Bell has been the team’s primary driver since 2012, but no announcement has been made if he will run its second truck.