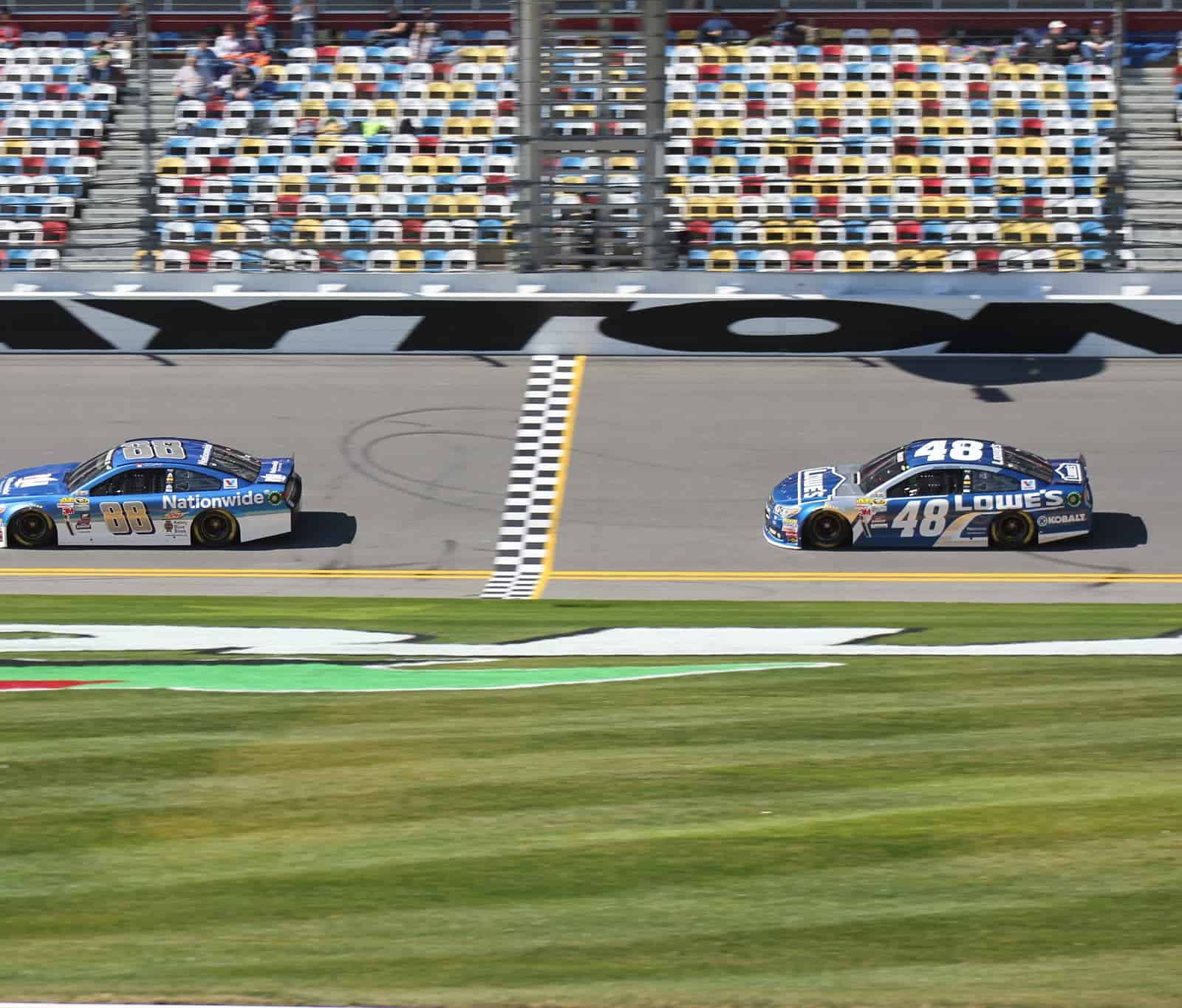 Pre-qualifying practice for the Daytona 500 is in the books. Two sessions took place at Daytona International Speedway Saturday on Saturday with 48 of the 49 cars entered for the 500 taking times in the first session. 42 cars were on track later in the second session. Overall, Ricky Stenhouse Jr. was fastest as he laid down a 202.643 mph lap in 44.413 seconds during the first session. Michael McDowell topped the charts in the second session at 199.322 mph, tripping the watch in 45.153 seconds.

The first practice session started at 10:30AM with the air still crisp from a cool night in Daytona. The speeds were up thanks to the optimal conditions and the result was 10 drivers topping 200 mph in the practice. Second to Stenhouse were Sam Hornish Jr. and 2011 Daytona 500 champion Trevor Bayne who both clocked in at 44.512 seconds at a speed of 202.193mph. Fourth fastest was most recent Daytona Sprint Cup winner Aric Almirola who turned a lap in 22.559 seconds for a speed of 201.979mph. Rounding out the top 5 fastest in the first round of practice was Dale Earnhardt Jr. The 2014 Daytona 500 winner rook 44.606 seconds to circle the 2.5 mile tri-oval which equates to a speed of 201.767mph.

Six-time Cup champion Jimmie Johnson was two thousandths of a second slower than McDowell in the second session to lock up the second spot with a 199.313mph lap in 45.155 seconds. Third fastest in the session was Ty Dillon, attempting to make his first start in the Daytona 500. The younger of the two Dillon brothers ran a lap in 45.158 seconds at a speed of 199.300mph. Kasey Kahne was the third Hendrick driver in the top 5 of the two practices with a 45.208 second lap at a speed of 199.080mph. Jeff Gordon was the fourth and final Hendrick driver to finish in the top 5 of the two test periods with a 45.213 second lap at 199.058mph.

However, the two practice sessions was not without its victims. A crack in the oil pan forced Martin Truex, Jr. to retire from practice early while mechanical issues for Ryan Newman will require an engine change. Newman will start at the rear of the field in one of the Budweiser Duel races this Thursday night.

The next time the 500 contenders will be on the track is Sunday afternoon when qualifying for the Daytona 500 takes place. The top two spots for the 500 will be secured on Sunday. The remainder of the qualifiers will be aligning themselves for their qualifying races on Thursday evening.