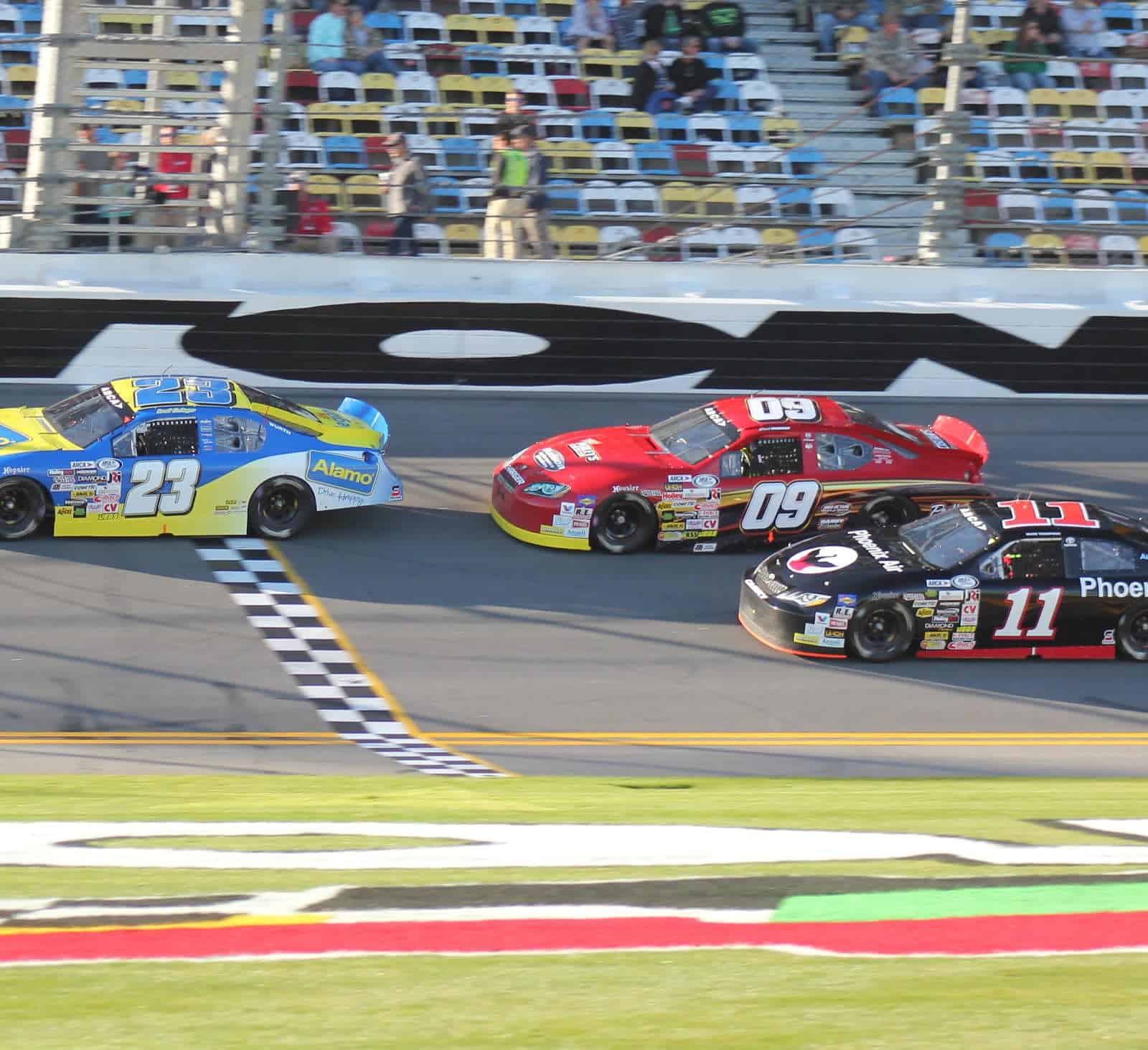 Grant Enfinger has long been known as a short track ace in the racing world. Last year he broke into the win category on dirt and restrictor plate tracks with a victory in the season opening race at Daytona International Speedway. That win propelled Enfinger to a blazing start to the 2014 season that included three straight wins to start the year. 2015 has started off in similar fashion with the 2014 series runner-up scoring the win at Daytona to make it two straight at the World Center of Speed for the Fairhope, Alabama driver.

Enfinger started the race in the 13th position. He gradually worked his way to the front and took the lead on lap 39 on the outside thanks to a push from Scott Sheldon. Enfinger lost the lead to his teammate Scott Sheldon on lap 47 before wresting it back from him on lap 53 and help the top spot the rest of the race. Daniel Suarez came from the sixth starting spot to score a runner-up finish in his second career ARCA series start. Suarez scored a fifth place at Kentucky last season in his maiden voyage in the series. Hudson wound up third ahead of Cody Coughlin and Frank Kimmel.

Coughlin grabbed the lead at the beginning of the race with a strong run from the outside of the front row at the drop of the green. He held onto the top spot for eight circuits until Kimmel blew past him to take over the point. Kimmel looked to be the car to beat but a fueling can malfunction on a pit stop under caution on lap 36 dropped him to the rear of the pack. While he made a strong push back toward the front h,is bid came up four spots shy of victory when the checkered flag flew.

After the race, Suarez felt like he was in the right place to score the win but his lack of experience resulted in his inability to make the over-taking maneuver for the win.

“I was there” Suarez said. “I’m not sure. I tried a couple of times but I didn’t have the speed or I didn’t have enough help from behind to make the pass.”

Hudson felt like he was at a disadvantage due to having the older engine. The new Ilmore engine package seemed to have more torque to get the car up to speed more quickly than the older style that Hudson ran.

“I’m pretty sure they have a little more horsepower overall,” Hudson added. “I know they have a lot of low end torque so getting up through the gears was really hard for me to keep up. I tried to lay back on the starts and try to time it the best I could. Luckily it happened in practice, qualifying and the race so I didn’t lose any spots and kept my position.”

Enfinger stayed on the bottom of the track throughout the event except when he made the pass to take the lead. After the race he explained the strategy.

Enfinger added that he likes the new engine package for ARCA.

“I feel good about the engine package,” he continued. “I felt like it was a racier Daytona than normal. A lot of times you get the track position and it is single file. It was definitely a nail biter from my seat and I know it was an incredible race.”