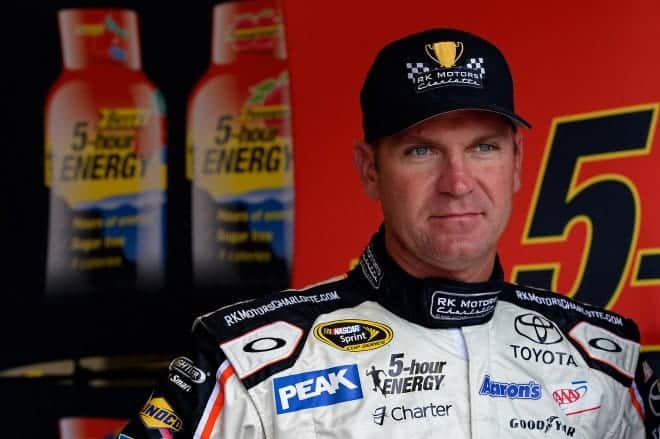 Is your head still hurting? If so, you’re like much of NASCAR nation who struggled to grab a hold of the group qualifying system for the 2015 Daytona 500. Though the attention had some positives – some found the debut of the new format exhilirating – others were much more pronounced in their discontent, and it showed.

The fans were joined by the drivers – past and present – plus owners and analysts who voiced their displeasure with this format that caused a hard multi-car crash after contact between Clint Bowyer and Reed Sorenson, and many felt cheated out of a good starting spot.

“It’s idiotic to be out here doing this anyway,” Bowyer told FOX reporter Jamie Little after the accident in the first round of qualifying erased his shot at moving on to the next round, and thereby scoring a Daytona pole. “There’s no sense in being able to try to put on some cute show for whatever the hell this is. Then you have a guy out there doing this in desperation.

“There’s no reason to be out here. These guys have spent six months working on these cars, busting their butts on these cars. But it isn’t his fault. It’s NASCAR’s fault for putting us out in the middle of this crap for nothing.”

For Bowyer, it was his second accident in as many days after last night’s wild Sprint Unlimited.

“We used to come down here and worry about who would set on the front pole in the biggest race of the year,” Bowyer said. “Now all we do is come down here and worry about how a start‑and‑park like this out of desperation is going to knock us out of the Daytona 500. We’ve been in meetings for 45 minutes just trying to figure out what in the hell everybody is going to do just so we can make the race. It’s stupid. There’s no sense in doing this.”

The amount of frustration – which is much expected during the biggest qualifying week of the year – was palpable on the pit lane.

Last year’s championship runner-up, Ryan Newman, was knocked out of the first round by a matter of spots.

“The frustrating part is just dealing with this whole system which makes no sense whatsoever,” Newman told FOX. “It’s hard to stand behind NASCAR when nobody understands why we’re doing this. Maybe I need to be sat down and get educated a little bit.

“It was not what we wanted for our Caterpillar Chevrolet no doubt, but we also avoid the next few crashes that come in qualifying which should never occur.”

Kurt Busch  joined in the irritation, calling the format a “roulette wheel.”

“We are a lot of smart people here, there’s drivers, there’s owners, there’s NASCAR and we have to find a better system,” Busch told FOX. “So much hard work goes into these cars and then you have this roulette wheel for qualifying. It doesn’t seem like its the proper system, but it is what it is and we could be here smiling, getting belted up and going back out for this second round.

The 36-year-old pondered another idea, which would bring back the importance of a strong crew, that he hopes NASCAR will think about.

“We should just take the cars, as we build them in the offseason, unload, pass tech and then go qualify, one car at a time, four-lap average,” he said. “That would really give a sense of pride to putting effort toward building a car to qualify for the Daytona 500 instead of just shaking up bingo balls.”

Busch and Newman will each take part in the second Budweiser Duel race on Thursday night, starting 14th and 15th , respectively.

Sometimes it's best to say nothing. That's what I'm gonna do.

Today use to be about showcasing the hard work from the teams over the winter. Now it a complete embarrassment for our series. #NASCAR

Ahead of the cloud of ruffled feathers and tempers, Jeff Gordon won the pole for what will be his final Daytona 500. He was followed by teammate Jimmie Johnson, who will complete the front-row for the season-opener on February 22.

The 43-year-old’s opinions were different than most others.

“This year, with this qualifying format, the driver finally gets to play a role,” Gordon told FOX. “So with a fast racecar, and a lot of coordination between the spotter, Alan (Gustafson, crew chief) and myself and my teammates, that was pretty nerve-racking.

“That just feels very gratifying. Just a total team effort to be able to pull that off. That feels good, that’s awesome. This is one of the most gratifying poles here at Daytona that I’ve ever had.”

In the end, perhaps Dale Earnhardt, Jr. summed it up best.

All you need to know is the first 7 spots are Hendrick and Gibbs. Plate tracks should be old school qualifying and if you have to send them out in 25 seconds intervals, so be it.

I’m very happy that Jeff won the pole, but overall I don’t like this qualifying format. Seems stupid to me, too many cars on the track and they can be in each others ways and wreck one another.

I’m having trouble trying to think of any change NASCAR has made in the last dozen years that’s been an improvement over what was changed.
Just have the Duels and be done with this insanity to settle two starting positions.

I hate restrictor plate racing. How can you make it worse? Come up with a ridiculous qualifying format for a race that already has a convoluted qualifying process that puts everyone at risk before the Daytona 500 even starts.

While I am happy that Gordon got the pole, what a load of crap that qualifying was. If the goal is to wreck some cars for fans that live for that sort of thing, then mission accomplished. If it was to determine starting position then they should just pick names out of a hat because the same random crapshoot occurs either way.

Let me state that it is a completely stupid format. But wouldn’t it be better if they made the drivers roll out single file in the order they are lined up on pit road? No waiting. Just go for 5 minutes. Oh yeah, let me repeat: Stupid, Stupid, Stupid.

So Gordon announced retirement and……..wins the Daytona 500 pole. Nice. You just can’t make this stuff up….or can you?

What a complete pile of horse dung. And people pay for it. Amazing.

Well, to me any pole is pretty meaningless, it’s what you do at the end that counts. Nothing against Jeff, but if you look at the past couple of years..Nascar wants the most attention placed on its little project (The Daytona 500) BEFORE the race actually occurs..who gets the pole gets a lot of publicity for Nascar. It is easy to figure out..who this year has made the most noise in the the Nascar community preseason. Jeff Gordon of course. Two years it was a female driver entering Cup, it hasn’t happened in some time. Last year it was the return of the 3 in Cup. Nascar will make sure that Jeff is in the their record books for a lot of firsts this year, not that he needs their help, they need his..and so it begins.

So this format was all about excitement. How is watching them sit still or creep on pit road for five minutes more exciting than straight single car runs for the front row? Especially in the era of lap trackers and other such gizmos. I just don’t see what’s so thrilling about this.

Captain, we read each other’s minds.

I am on record with this obvious outcome, I said the day he announced his retirement a guaranteed pole, it would not surprise if he wins the 500. Just saying.

Hi all, my two cents. Starting with the unnecessary meltdown of Harvick, who didn’t even get wrecked by the way, right up until the final everything of todays debacle has made me sad. I have a bad feeling about this year and I hope I am wrong. I found the past 24 hours drained me, and not in a euphoric way, what the hell is going on here?

Watching Harvick and Logano I was wondering what the girls were doing.