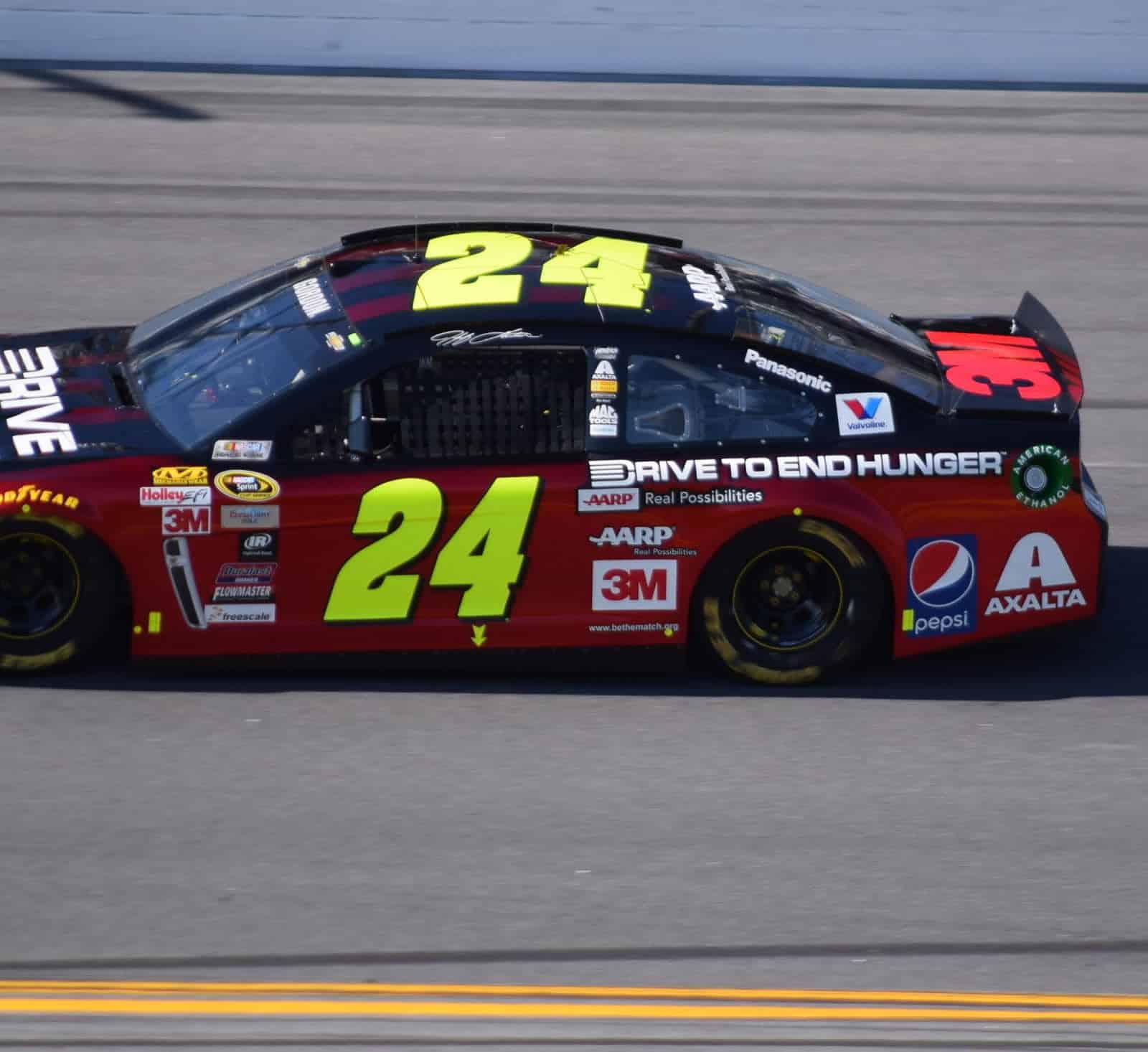 Quite the story line indeed.

In his final full-time season in the NASCAR Sprint Cup Series, Jeff Gordon will start on the pole for what will be his final start in the Daytona 500. Gordon is the first driver to win a Daytona 500 pole in the new group qualifying format that was introduced last season, However, believe it or not, Gordon’s pole may not be the biggest headline coming out of Sunday evening.

“That just feels very gratifying,” Gordon told FOX after winning his second Daytona 500 pole. “Just a total team effort to be able to pull that off, to have a 1-2 for Hendrick Motorsports (HMS) on the front-row. That feels good, that’s awesome. This is one of the most gratifying poles here at Daytona that I’ve ever had, not just because of my final Daytona 500 but because you have to try and plan it out and try to play that chess match and we played it really really well.”

Coming to the line, Gordon was in a nine-car draft, the second-to-last car in line, with teammate Jimmie Johnson pushing in his mirror. The whole line received a hefty hole of wind from the No.1 car of Jamie McMurray which helped the last two cars jump straight to the top.

“Once we got rolling, I wasn’t sure what would happen if the No.78 crossed (the start/finish line) or four or five (cars) crossed and we didn’,” said Johnson, who will make his fourth Daytona 500 start from the front row. “But it was good enough for second place. Very interesting qualifying session to say the least but I just want to say thank you to everyone at HMS for their hard work to have all four cars in the final 12 is pretty cool. Sitting on the front row is very special.”

Gordon served as a bright spot on what was a very hectic day of on-track action. In fact, it seems Gordon and Johnson are the only drivers who were still smiling after exiting the Daytona International Speedway this afternoon.

Clint Bowyer led the fray of drivers with critical words regarding the new group qualifying session that kept many from posting laps that they deemd were worthy of a hard effort put forth during the off-season. He, along with Reed Sorenson, Bobby Labonte and others were caught up in a hard crash in Turn 1 after what Bowyer would call “desperation” on the part of Sorenson.

“There’s no reason to be out here,” an angry Bowyer told FOX after the qualifying effort. “After these guys have spent six months working on these cars, busting their butts on these cars. But it isn’t [Sorenson’s] fault. It’s NASCAR’s fault for putting us out in the middle of this crap for nothing.”

Bowyer and the rest of the field will compete in the Budweiser Duel this Thursday evening (7 P.M. ET on Fox Sports 1) which will determine the rest of the starting lineup for Sunday’s Daytona 500.

Dale Earnhardt Jr. and Denny Hamlin failed post-qualifying inspection and their times were disallowed. They will start at the back of the pack in their respective Duel races. Earnhardt’s ride was found to be too low in the left-front while Hamlin’s No. 11 exceeded the maximum split for the rear tack bar.

Hamlin and Earnhardt both responded to the infractions on Twitter:

Crash damage.. It was the wreck I say!!! Lol

Failed post tech after qualifying. 1/8 low left front. That's a shame. The boys will figure out why. Makes the duels a lot more interesting.

..and then Denny breathlessly jetted off to New York for the NBA Allstar game, telling all what a best buddy Michael Jordan is. Good grief.

Was there any doubt that Gordon would be on pole this year? This is the third year in a row that nascar’s top story line has been awarded the pole for this race. Shameful…

If people are surprised he got the pole, they do not pay attention to the “business” of Nascar. Who doesn’t see it, swamp land is always for sale. It is just too bad they feel they need to do these things, and I feel it shows how they really feel about their dwindling fan base. Always watch the preseason hype, the headline in Nascar and there is the Pole winner for the Daytona 500. Maybe before the season starts next year, Junior announces he is getting married or is going to be a Dad. Flash forward a picture of Junior splashed all over the globe, of him and Miss Coor’s.

What a huge surprise. Can’t wait for Homestead.

Only a matter of time till 2016 Champion hoists the coveted “TMZ Cup”, or maybe instead of only Sprint Cup Champion, they add a “Sprint Cup Intercontinental Champion.”