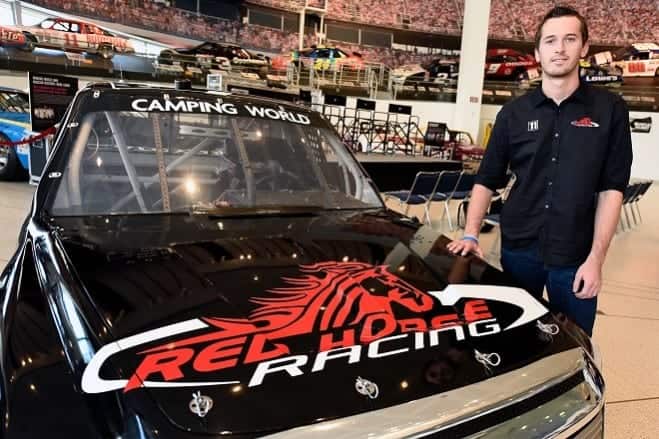 Ben Kennedy will sport a brand-new sponsor for the season on the side of his No. 11 Toyota for Red Horse Racing.

Local Motors, which is a company who specializes in numerous types of technologies, including 3D printing, will partner with the organization for multiple races this season.

The new partnership will begin with the season-opening NextEra Energy Resources 250 at the Daytona International Speedway. Additional races with the Local Motors name have yet to be determined.

The partnership brings the 3D-printing concept to the NASCAR fans for the first time.

“Local Motors is leading the industry in 3D-printing and co-creation, two concepts I very strongly think will play a role in the future of racing,” said Kennedy in a press release. “The opportunity to partner with them allows me to be on the forefront of innovation while also giving me the chance to extend that to fans, who can expect a variety of new and really deep ways to engage with the sport.”

In April, Local Motors will hold a design challenge to crowdsource a graphic that will be featured on one of Kennedy’s race helmets at the Charlotte Motor Speedway in May. The winning design will be chosen by fans, Kennedy himself and the entire Red Horse Racing team.

“At Local Motors, we believe in investing in what’s next,” said John B. Rogers, Jr., CEO and co-founder of Local Motors. “Which is why it makes sense that our first foray into NASCAR would be to team up with Ben, who shares our same fearless spirit of innovation. Together, we are pioneering the latest in vehicle technology – both on and off the track.”