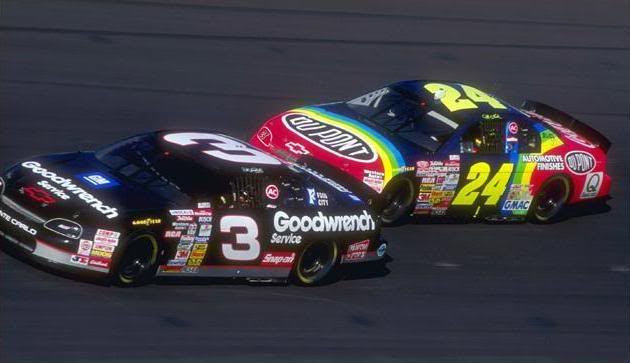 Today marks the 14th anniversary of the passing of Dale Earnhardt, who died Feb. 18, 2001, in a last-lap crash during the Daytona 500.

But while Earnhardt is no longer with us, he is by no means forgotten; after all, not a Daytona Speedweeks goes by without mention of the seven-time champion’s famous name.

So it was no surprise that fans, drivers and the media took to Twitter today to celebrate the life of the Intimidator. See some of the tributes, from the Earnhardt family and others, below.

One this day I do not mourn his death. I thank God he lived. #DaleEarnhardt

Lighting a candle in my memory today for Dale Earnhardt – an honor to have covered him. He will always be missed.

On this date in 2001, Dale Earnhardt passed away. We miss you Dale. pic.twitter.com/ooutIUGiGP

Everyone be sure & raise them 3s in the air today in memory of the best there ever was. #NASCAR #Intimidator #DaleSr pic.twitter.com/Fzab8yfHrq

14 years ago today, the #NASCAR world lost a true legend. A winner here in 1995 'The Intimidator' will be missed. pic.twitter.com/W34HP8pMIf

Here's to the man in black, the master of the high banks, the Intimidator.