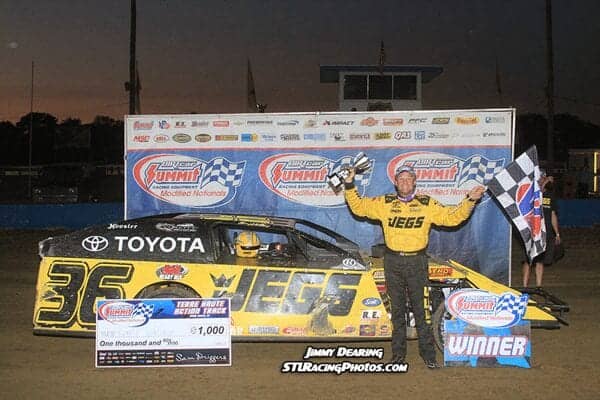 He’s not done yet.

Veteran NASCAR driver Kenny Wallace will return to the NASCAR XFINITY Series this season, albeit in a super part-time role.

The veteran just announced the news via his Twitter page. He’ll be racing, as of now, both Iowa races in the XFINITY Series.

YES, As of now BOTH Iowa Races ……. “@J_Killa47: are you running any xfinity series races this year?” pic.twitter.com/s0y3DE5tI5

It’ll be a small step up from 2014. Wallace, the all-time leader in starts in the XFINITY Series with 544, ran one race that year, which also came at Iowa Speedway. He finished 19th in the Aug. 2 U.S. Cellular 250, driving a second RAB Racing entry, the No. 29.

Since Wallace has driven often for RAB Racing over the last few years and the team has not announced a full-time driver, it’s expected that Wallace will return to the team – though nothing has been confirmed.

Wallace’s last victory in the series came in 2001 at Rockingham Speedway.