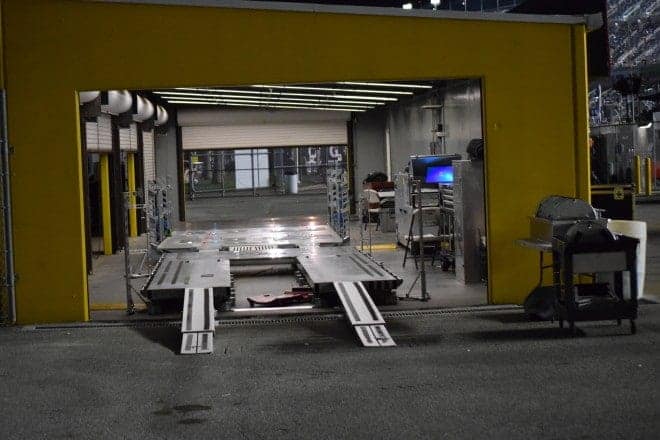 The 2015 Cup season officially starts on Sunday when the green flag flies over the 43-car field at Daytona International Speedway, but NASCAR and its teams have been busy over the past few weeks, due in part to rules changes that take effect starting at Speedweeks.

The new rules were written with the intent to enrich competition, improve safety and reduce costs. Whether those intentions are realized will play out on the race track over the coming months but one thing is for sure, the teams have a host of challenges confronting them as the sun rises on 2015.

The two biggest changes for the sport are the reduction in horsepower with the use of a tapered spacer and reduced downforce thanks to several changes to the overall race package. The tapered spacer has been utilized in the Camping World Truck and XFINITY series for several years but will now be employed at the top level of NASCAR. Very similar to a restrictor plate, the spacer is designed to reduce the flow of air into the combustion chambers of the engine, ultimately constraining the ability of the engine to produce horsepower. The horsepower production of a Cup engine is dropping from over 900 to a target of 725.

The key to going fast with the 2015 engine package will be momentum management. The more the drivers can keep their foot in the throttle and off of the brake the higher they will be able to keep the RPMs and resulting speed at the optimum levels. In conjunction with the reduction in horsepower the rear differentials are being modified to attempt to maintain an RPM peak of 9,000.

The reduced speed from the power plant under the hood of Cup cars would make the cars extremely easy to drive if the 2014 downforce package was left on them. NASCAR recognized that fact and made significant alterations to the elements of the car that produce the downforce on the vehicles. With less pressure forcing the car down into the track it will make it slip and slide, hopefully requiring the drivers to have to lift off of the gas and wrestle the cars through the turns. Lower corner speeds should lead to tighter competition on the track and better overall racing, including on-track passes for the lead.

The changes in downforce have been accomplished through three primary rule tweaks. First, the rear spoiler has been dropped from eight inches in height last season to six inches this season. The radiator pan, which helps keep the air flowing freely under the car, has been narrowed to 38 inches. The minimum weight of the car was reduced by 50 pounds. The reduction of weight is being accomplished through less ballast in the car. The cars in 2015 will have a minimum weight of 3,250 pounds.

NASCAR has also banned team initiated testing in 2015. Teams will be invited to NASCAR-orchestrated tests, as well as Goodyear tire tests. Any other testing at any track will not be allowed. NASCAR is confident that the policy will be self-policing and the penalty for a violation of the policy is so severe that team will not tempt fate and try and test, even with the most discrete of operations.

A final major change to the series for 2015 is the implementation of automated testing. There will still be officials on pit lane but there will not be the traditional 1:1 ratio of officials to cars that has historically been the case. Now there will be a 1:1 ratio of cameras pointed at each pit stall on the pit lane. The camera will now analyze the pit stop and indicate to race control when a violation occurs. Most of the teams seem to feel that members leaving the wall early will be the biggest culprit early in the season until they are able to refine their timing. One rule that is changing for the season is no more lug nut rule. The rule used to be that a nut had to be on each stud when the car left pit road. They did not have to be tight but they had to be on each stud. At this point the belief is that the lug nuts will police themselves. Loose lug nuts are a detriment to a team running well and any time they don’t have enough of them on tightly they will be forced to pit early to rectify the situation.

The new year always brings renewed hope when the teams head to Daytona and start up the new season. The season will be interesting early in the year with no testing available to the teams. As the teams hit on things, some organizations will separate themselves from the pack and go on a run until another team figures out something else that puts them ahead. By the midway point of the season we’ll have a clear picture of whether the rules have achieved their goal and made the racing better. Until then we can all sit back and watch the show to admire the brilliant minds in the sport figuring out this latest version of the NASCAR puzzle.