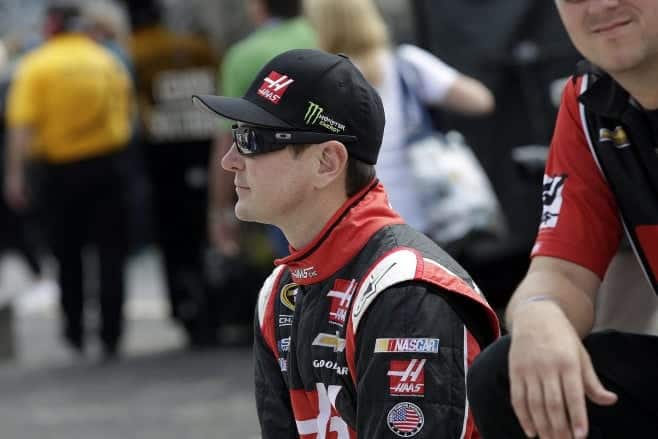 Kurt Busch’s initial NASCAR appeal has been denied. The driver, indefinitely suspended by NASCAR Friday night pleaded his case Saturday morning to a three-member panel in Daytona Beach. However, the trio ultimately felt Busch had violated NASCAR’s “actions detrimental to stock car racing” as well as their “behavioral penalty” in the rulebook. The sanctioning body presented evidence surrounding the protective order for Patricia Driscoll issued against him, an order that was ultimately too much to overcome.

“Upon hearing the testimony, the National Motorsports Appeals Panel decided that the Appellant violated the rules set forth in the penalty notice,” they said in a statement. “The Panel therefore decided to uphold the original penalty assessed by NASCAR.”

Former NASCAR executive Paul Brooks, former race driver Lyn St. James and Greenville-Pickens Speedway owner Kevin Whitaker comprised the three-member panel. Busch attorney Rusty Hardin was not allowed to be present, under the rules of the appeal system so Kurt Busch presented his case himself. NASCAR’s side was presented by Jim Cassidy, their Senior Vice President of Racing Operations.

Upon learning of the denial, Busch has exercised his right to appeal to the Final Appeals Officer, Bryan Moss. Moss, the former president of Gulfstream Aerospace will hear it this evening at the International Motorsports Center in Daytona Beach.

“We are very disappointed that our appeal was rejected by NASCAR’s appeal panel,” Busch’s attorney, Rusty Hardin said in a statement. “We are re-appealing immediately, per the proscribed process. We have significant and strong evidence that contradicts the Commissioner’s conclusions. In the end, we are confident that Kurt will be vindicated and he will be back racing. Until then, we will continue to fight on his behalf by ensuring that the entire truth is known.”