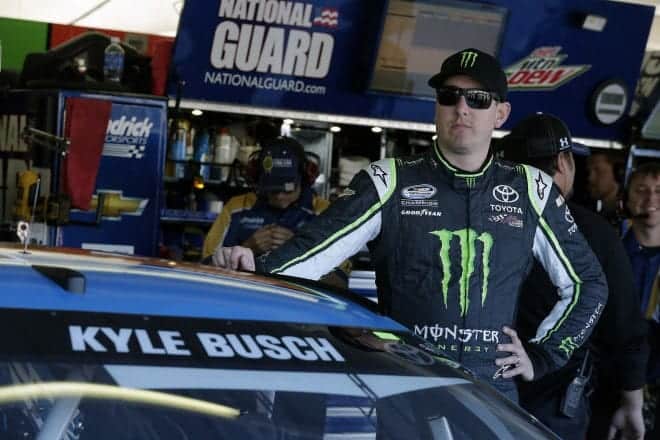 Not to take away from Logano’s victory, but it is hard to overlook the fact that two of NASCAR’s fiercest competitors were not in the race. Kurt Busch was out after being indefinitely suspended for “actions detrimental to stockcar racing” involving a domestic abuse claim by his ex-girlfriend and Kyle Busch is recovering from surgery after breaking his right leg and left foot in a crash during Saturday’s Xfinity Series race. Had either of the Busch brothers been in the race, it is difficult not to think they would be racing for the win.

Nothing can be done regarding Kurt’s situation. He appealed. He lost. He appealed, again. He lost, again. Now, it’s up to the Delaware courts to see what happens next.

However, something could have been done regarding the serious injuries Kyle suffered on the track. Of all the tracks where the NASCAR circus stops throughout the year, Daytona International Speedway should be the safest. Obviously, it wasn’t. At least, that is what many fans and drivers said on social media following Kyle’s transport to Halifax Medical Center in Daytona Beach.

Why weren’t SAFER barriers installed around every single inch of the track? The sport has already seen one of its greatest drivers die because of injuries sustained from a 45-degree impact into a concrete wall. On Saturday, the driver, who many liken to the late Dale Earnhardt Sr., could have suffered the same fate.  And rather than racing in the 57th Daytona 500, Kyle Busch was sitting in a hospital bed and watching the race on TV.

To his credit, track president Joie Chitwood fell on his sword. Because of that, he should be commended for the way he addressed the situation and took immediate action.

Chitwood then told everyone that his crews would be working through the night to shield the concrete wall with a tire barrier for Sunday’s 57th running of the Daytona 500. That’s all fine and good but it was just a little bit too late for Kyle Busch.

What’s interesting is that Kyle’s accident from Saturday – coupled with racing with warmer temperatures – caused the drivers to be on their best behavior. Remember, this is restrictor-plate racing and at some point during the race, chaos will ensue. This time it didn’t. There were a couple of spins and Tony Stewart hit the wall rather hard at one point, but aside from a final lap crash involving eight cars, the Daytona 500 was all about racing.

So, if there is one good thing Daytona International Speedway can take away from the weekend, it’s that they put on a good show for the fans without any potholes, rain delays or exploding jet dryers. When the series returns in July there will be lots of changes thanks to the $400 million Daytona Rising improvement project. And although it was an unexpected expense – at $500 for each of the 850-feet needed for SAFER barriers – once installed, the drivers won’t have to worry about slamming into a concrete wall at 200 mph.

NASCAR has had the nerve to say this is a “track issue”. Well that’s a silly argument considering that ISC is owned by the France family who runs NASCAR. The SAFER barrier technology has been available for years and it is time that NASCAR and the tracks completely implemented it and stop using the drivers as crash test dummies to see where there is an unprotected wall.