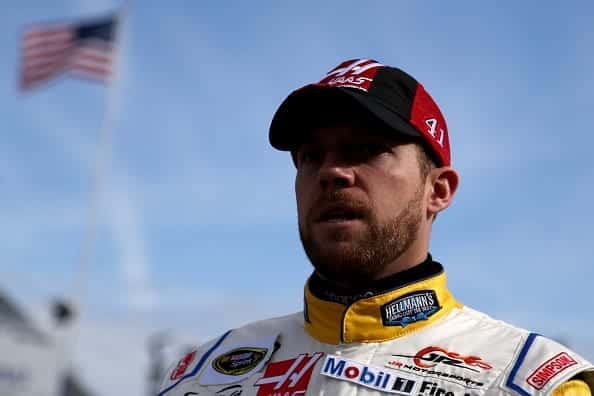 After a successful Daytona 500, Regan Smith is getting back behind the wheel of a Sprint Cup car.

Stewart-Haas racing has named Regan Smith the interim driver of its No. 41 Haas Automation Chevrolet SS for this weekend at Atlanta Motor Speedway. This will be Smith’s second weekend in the car, after driving the No. 41 to a 16th-place finish last Sunday in the Daytona 500. He got the opportunity after Kurt Busch was suspended from NASCAR indefinitely following the results of a hearing after which a restraining order against Busch was awarded to Patricia Driscoll. The timetable for Busch’s return is unknown.

Smith, currently competing for the XFINITY Series championship in the No. 7 for JR Motorsports, will begin driving the No. 41 during the open test session on Thursday. He will then split responsibilities between the Sprint Cup and NXS cars. The XFINITY Series will race on Saturday as part of a rare doubleheader weekend with the Camping World Truck Series.

The race on Sunday will mark Smith’s seventh Sprint Cup start at Atlanta, his most recent being a 14th-place showing on Sept. 2, 2012.

Smith drove full time in NASCAR Sprint Cup Series action in 2008, and from 2009-2012, all with Furniture Row Racing. He was the 2008 rookie of the year, and won the 2011 Southern 500 at Darlington (S.C.) Raceway. The Cato, NY native is currently in his third full time season with JR Motorsports. He finished second in season points in 2014.

An interim driver for the No. 41 team for the following Sprint Cup race at Las Vegas Motor Speedway and subsequent races has not been determined at this time.