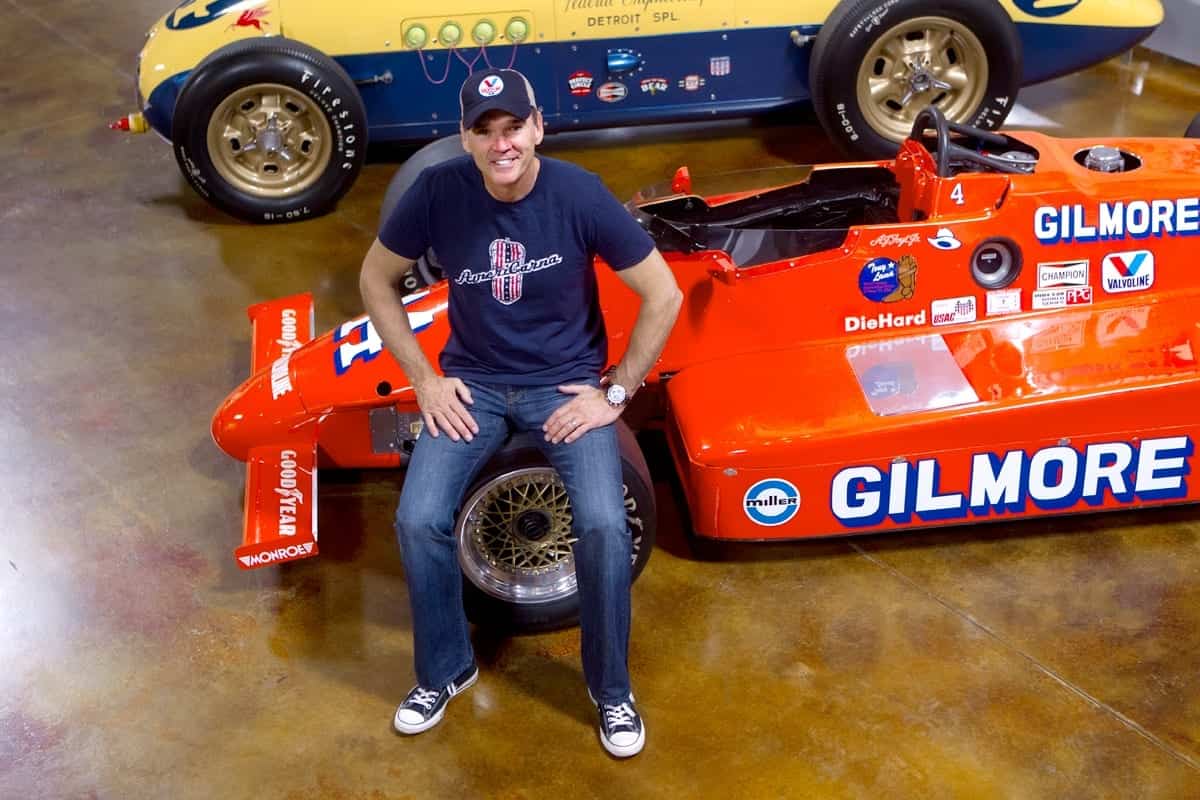 Ray Evernham was at the forefront of the revolution in NASCAR from old school racing to corporate dominated new school racing that is heavy on engineering. He piloted Jeff Gordon to three of his four championships and tutored many of the top head wrenches in the garage today. After dabbling in team ownership and guiding Dodge back into the sport, he got out of the racing game.

Evernham has been a race track owner and worked for Rick Hendrick looking after his impressive car collection. His latest venture is a television show called Americarna. He writes, produces and acts in the show that searches for, finds and brings to the screen some of the more historic cars in the world. Before the Daytona 500 he sat down with Frontstretch to talk about the current rules, his love of American cars and working in entertainment.

Mike Neff – The current environment has the teams and crew chiefs in a pretty tight box from an innovation standpoint. Would you have enjoyed the challenges of today or would you rather the greater freedom to experiment in the 90s?

Ray Evernham – What I did I did within the rules that we had. I think guys that come into this now, with the rules the way they are, won’t know any different so they will adapt to it and figure out how to race within those rules. It would be harder for me to enjoy it because I had more control my way. Now the crew chiefs have control in a different way. To take me, a product of the 90s, and try and put me into this decade would be difficult. For some of these younger guys who are coming in, they enjoy it. Guys like Alan Gustafson and people like that, who have been around, embrace the new technology and know how to use it,  I think they are ok with it. I think sometimes they’d like to have a little bit more control to make the car a little bit more custom to their particular driver. Again, if you talk to the guys, not too many of them are complaining about too small of a box.

Neff – Knowing what you do about the rules these days, do you feel like the teams have the ability to gain much speed on the aero side of the equation or is it mostly mechanical now?

Evernham – They keep making gains, it amazes me. With all of the templates and measurements and everything they have they keep improving the cars. If you look at the speed of the cars when you consider we are under the same rules as they were last year, they got faster, faster and faster. Horsepower increased, downforce increased, the guys are finding ways. The gains are smaller, they aren’t taking big whacks at it, but they are making the cars better.

Neff – At one point in time you were a racer…

Evernham – I’m always a racer. I’ll be a racer until the day I die.

Neff – Let’s say a driver. You raced in Modifieds. We haven’t seen much in the way of changes to the design of those cars in the last 10 or so years. Do you think there is an opportunity out there for there to be a major change for how Modifieds are designed and put together to race?

Evernham – I think, right now, they’ve got them pretty safe. That is the number one concern. I think they put on a good show. Tony Glover is over there now who I think the world of. I think Tony was one of the smartest crew chiefs in the business. He is the director of NASCAR’s touring series. They are looking, right now, at cost cutting. They’re doing it with spec engines and crate engines. For them it is more about getting the costs down so regular guys can do it. Every Modified race I’ve seen has been a darn good race. I think the cars are good and safe, they just need to continue dropping the costs.

Neff – You’ve worn many different hats in your latest career. Tell the fans what you did working on the Hendrick collection of cars.

Evenham – He and I love cars so we went to auctions and talked about ideas on how to gain some business opportunities and whatnot. Mr. Hendrick has over 100 dealerships, I don’t even know the number. I think it is 120 or something now, as fast as he’s growing. NASCAR is a big part of that but there are a lot of other people that enjoy road racing and Corvettes, and Mr. Hendrick has a broad spectrum of interests when it comes to automobiles. So using some of those other interests to help promote the Hendrick automotive group. That is why we did the Americarna show, to take us outside of NASCAR a little bit. We still dabble in NASCAR stuff but we also talk about classic cars and things like that.

Neff – Did you ever envision yourself working in the entertainment industry when you were on top of the pit box back in the 90s?

Evernham – No, the reason I do that is because of my love of cars. I really enjoy the TV. Americarna gave me the opportunity to be in front of the camera and behind the camera as a producer and a writer. It is a challenge for me because putting out an end product is important to me. A good product that people like. Doing the writing and producing and all of that is challenging.

Neff – What is your favorite car ever and why?

Evernham – My favorite car ever is a car that I have a personal connection to. I have always wanted it, I can’t get it. It is the 1958 Chevy Impala that Ron Howard drove in American Graffiti. I got to drive the car. It is in an upcoming episode of Americarna. I love it. Other than that I drive multiple types of vehicles. My everyday driver is a Jeep with 100,000 miles on it and I just drive the heck out of it. I love old cars. I’ve got old Chevys, I’ve got old Fords, I’ve got old Chryslers. That is the one good thing about the position I’m in right now, I’m kind of like Switzerland, I drive them all.

Neff – What is the worst car you think Detroit ever made?

Evernham – Wow, the worst car Detroit ever made! We might have to put it out there for Ralph Nader. I don’t know, he’d probably say the Corvair. Didn’t he kill the Corvair? It just depends. A lot of those cars that people thought were really bad saved those car companies. Everybody hated the K car but they saved Chrysler. I don’t know. I’m an American car guy. I’m going to say they never made a bad car. Some were just better than others.

Neff – There is a lot of retro stuff going on in the custom world and you see a lot of those at Barrett-Jackson. Why isn’t someone bringing back a modern version of the Hudsons, Studebakers, Auburns and Dusenburgs, cars like that?

Evernham – I think people are looking at different curves of things. Hudsons look a lot like Mercuries and they are harder to get, but you do see a lot of Hudsons in the Classic Car world. Studebakers you see once in a while but there weren’t a lot of them. You see a lot of 55 Chevys and Corvettes because there were a lot of them. Those other cars, they’re becoming more and more rare. Studebakers and Hudsons probably aren’t going to sell 100,000 units. You look at the retro Challengers, Mustangs and Camaros, they are selling well because they are a mixed bag of the old and the new. It would be kind of tough to do that with a Hudson.