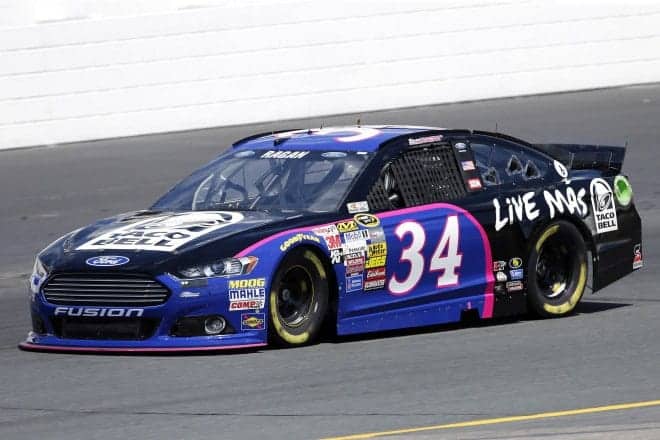 The speculation can end: Front Row Motorsports announced today that Joe Nemechek will drive the No. 34 CSX-Play It Safe Ford Fusion in the Folds of Honor QuickTrip 500 at Atlanta Motor Speedway this weekend.

According to FRM’s Twitter account, Nemechek will be filling in for David Ragan, who is substituting indefinitely for an injured Kyle Busch.

Nemechek has been a staple of the NASCAR circuit since the early 1990s. He has four career wins, with the most recent coming at Kansas in 2004. He currently fields an entry in the Camping World Truck Series, which he splits between him and his son, John Hunter Nemechek.

This will be Nemechek’s first start of the season. He did not attempt to qualify for Daytona, though he was listed on the initial entry list in his self-owned No. 87.

Nemechek has an average finish of 25.47 at Atlanta, with three top 5s and seven top 10s. His last top 10 at the track came in October 2006, where he finished ninth driving for Ginn Racing.

The news comes after rumors that Bobby Labonte would get the nod.

Front Row Motorsports did not announce a driver for subsequent races.