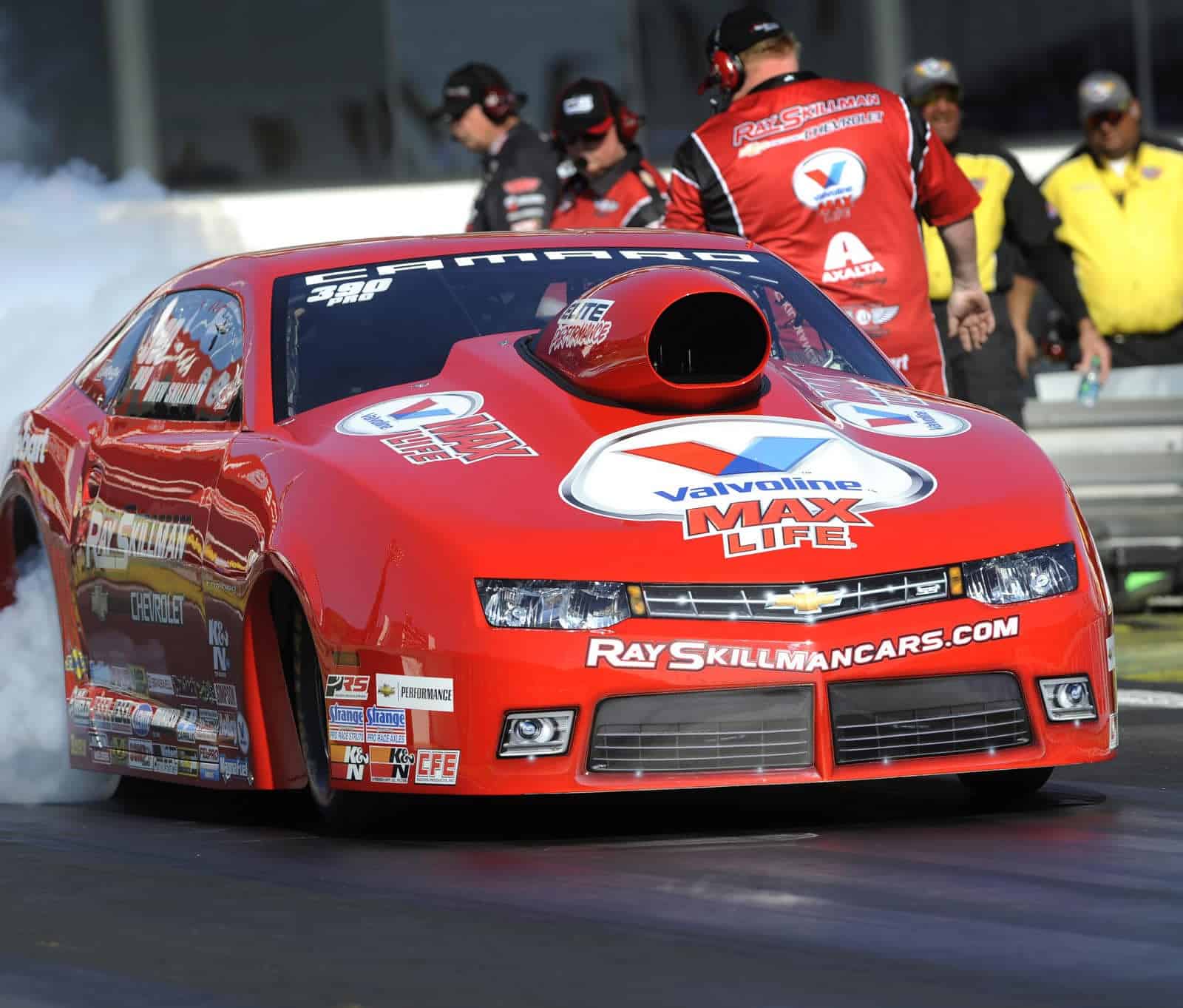 Rookie Pro Stock driver Drew Skillman just continues to impress. In his first Pro Stock outing at Pomona two weeks ago, he made it all the way to the finals, defeating teammate and defending world champion Erica Enders-Stevens in the semifinals. He lost to veteran Jason Line that day, but he certainly got everyone’s attention. Still, it could have been beginner’s luck, right?

Two weeks later in Phoenix, he made a case that it’s not. Skillman once again qualified well in third, and then proceeded to move his way through the brackets again, beating Matt Hartford and Jason Line before falling to Rodger Brogdon, the eventual event winner, in the semifinal round. Should they start etching his name into the Rookie of the Year trophy yet?

On the other side of the fence, while it was too early to push the panic button after poor performances in Pomona, it’s not too early to be a bit concerned for drivers like Jack Beckman, who, while he did qualify this time, went out in round one and finds himself back in 15th in points. John Force dropped out in round one again as well, and finds himself currently sitting back in 11th. They need to stop digging the hole as soon as possible, especially given the start Funny Car points leader Matt Hagan has gotten off to with two wins.

Fortunately they have a few weeks to test and figure it out before the Gatornationals. Both Beckman and Force have new crew chiefs at the helm this year.

* Drag racing legend and owner of Kalitta Motorsports Connie Kalitta celebrated his 77th birthday on Tuesday, February 24th. Kalitta is one of the few still involved in the sport from its early days. As a driver, he made it to 22 NHRA final rounds and won ten times. He has one world championship to his credit as a driver, in 1977, and two more as a team owner, earned by his son Scott in Top Fuel in 1994 and 1995. He owns the Top Fuel dragsters driven by his nephew, Doug Kalitta, and J.R. Todd and also serves as crew chief on Todd’s car. He also owns the Funny Cars of Del Worsham and Alexis DeJoria.

* Crew chief Jason McCulloch has left Alan Johnson Racing to join Bob Vandergriff Racing as assistant crew chief with Kurt Elliott for Dave Connolly’s C&J Energy Services Top Fuel dragster. “The chance to put Dave Connolly in the winner’s circle really got my attention,” said McCulloch. “I’ve watched Dave for years and I’m glad someone finally put him behind the wheel of a Top Fuel dragster. He’s been successful in everything he’s driven and he’s going to do the same in Top Fuel. I’m excited for the opportunity to work with Kurt.”

McCulloch has worked with Alan Johnson for 13 years, first as assistant crew chief to Johnson on the U.S. Army dragster at Don Schumacher Racing and then as a crew chief at Al-Anabi Racing.

“It is tough to say goodbye after working with someone for 13 years,” he said. “My opportunities at AJR have ended and there are plenty of talented people in that camp to take care of Shawn’s (Langdon) dragster. I look forward to 2015 with BVR.”

Driver of the Week: Greg Anderson

2004 – In addition to winning his second championship, set an NHRA record for 15 event victories in a single season, earned single-season NHRA record for No. 1 qualifying awards with 16, most elimination rounds at 76, and the most final-round appearances with 19.

Some Things Most People Don’t Know About Greg: This may not exactly fall under the category of things people don’t know, but it’s worth thinking about the fact that one year ago at this time, Anderson was not at the race track, but was instead recovering from open heart surgery. He needed the surgery to repair a bicuspid aortic valve, a condition he’d had since birth that now needed to be addressed. Doctors wanted to operate three years earlier but Anderson was hoping to avoid the procedure. He underwent scans on the artery every six months and at first there was no change in his condition, but a scan in early February of last year showed severe swelling. He was weeks, or perhaps days away from an aneurysm that would have killed him. The expected recovery period was 12 weeks, which would have caused him to miss the first six races, although he was eventually cleared to come back after only five.

Anderson just barely missed the Countdown cutoff last year, edged out by Jonathan Gray, but it was still a good performance considering he spotted the rest of the field five races and underwent open heart surgery just days before the season opener in Pomona.

Here’s Greg after his first race back at the track as a spectator at Las Vegas last year.

With a few off weeks to fill, this is a great time to continue the overview of the vehicles used in the four Mello Yello professional classes. This week we’ll look at a Top Fuel dragster. These long and unusual winged cars are the fastest of the fast and are probably the most recognizable and identifiable with drag racing for many. They can cover the 1000 foot race distance in under 3.8 seconds and reach speeds of more than 325 mph. So how long are they? Top Fuel cars are 25 feet long!

The all-time NHRA record for most wins in a season, a distinction shared by drivers Tony Schumacher and today’s profile driver Greg Anderson.

The NHRA Mello Yello Drag Racing Series takes a few weeks off before returning to action March 12-15 for the Amalie Motor Oil Gatornationals from Gainesville, FL.