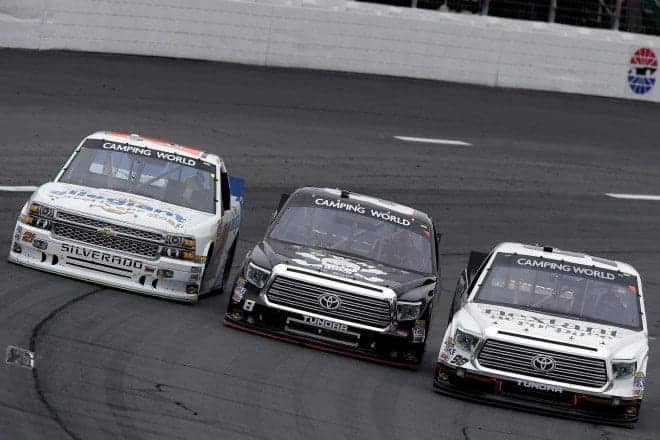 Leading the way at 178.69 mph, Keselowski had the edge over Kyle Busch Motorsports rookie Erik Jones by three one-thousandths of a second. Jones ran 64 laps, which was the most among the 31 trucks.

Cameron Hayley, Daniel Suarez and John Wes Townley rounded out the top five. Reigning Truck Series champion Matt Crafton was eighth in practice, with his Thorsport Racing teammate Johnny Sauter struggling to find grip in 14th. Justin Boston was 11th for Busch’s team as he makes his speedway debut with the organization.

There were two incidents during practice that put out the caution flag. Ray Black, Jr. got into the wall during the practice session. Black’s No. 07 truck for SS Green Light Racing received minor damage to the right side of his car. A few moments later, Cody Ware had power issues and stalled on the track.