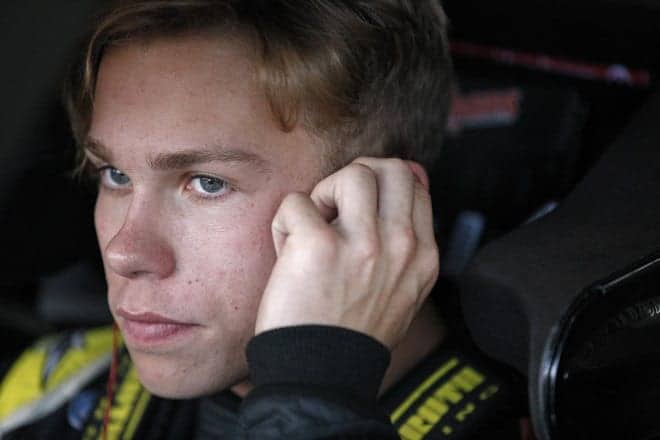 Dylan Kwasniewski, who raced the No. 31 car full-time in 2014, is not scheduled to race this season. Following a year that consisted of three top 10s and four DNFs caused by wrecks, the former NASCAR Next member does not have a sponsor after being backed by Rockstar Energy Drink for the majority of last year.

A spokesperson for HScott Motorsports with Chip Ganassi confirmed with Frontstretch.com on Friday afternoon that Kwasniewski is still under a developmental deal with Ganassi. However, there are no planned events at this time for him, and it is unknown is team co-owner Harry Scott is willing to field a second car if sponsorship is found.

With financial issues between former co-owners Steve Turner and Harry Scott, Scott opted to continue fielding cars across multiple NASCAR platforms. In addition to Scott’s NASCAR Sprint Cup Series team, he partnered with Ganassi for the XFINITY Series, along with Justin Marks in the NASCAR K&N Pro Series East.

HScott Motorsports with Chip Ganassi is fielding one vehicle in 2015 in the XFINITY Series. Kyle Larson, who won two events last year, will run approximately 14 races in the No. 42 Chevrolet, with six-time ARCA Series winner Brennan Poole getting the nod for 15 events. Marks will run the three road course events, which leaves one event out of the 33-race schedule open for the team.