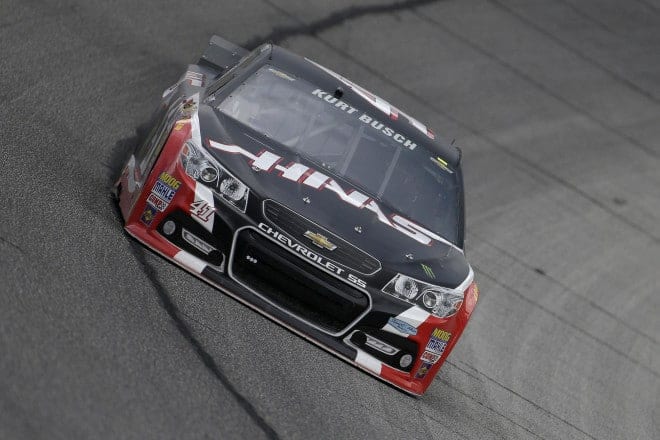 Stewart-Haas Racing announced Monday that Regan Smith will once again pilot the No. 41 Haas Automation Chevrolet SS in the Kobalt Tools 400 at Las Vegas Motor Speedway.

Smith, an XFINITY Series regular, filled in for the suspended Kurt Busch for both of the first two Sprint Cup Series races of 2015. He finished 16th in the Daytona 500 and 17th in the Folds of Honor QuikTrip 500 at Atlanta.

Smith’s most recent Sprint Cup start at Las Vegas came in 2012 where he finished 15th, his best finish in five races at the track. His average Vegas finish is 25.6.

For Smith, it will be the fourth race he has served as a substitute driver for Stewart-Haas Racing in the last two years. He filled in for Tony Stewart at Watkins Glen last summer.

This news comes on the heels that Busch has agreed to follow unspecified terms from NASCAR that, when completed, will allow Busch to be reinstated from his suspension. He was suspended indefinitely on February 20th after being found to have committed an act of domestic violence against his ex-girlfriend.

According to the team’s press release, a driver for subsequent races has not been announced.