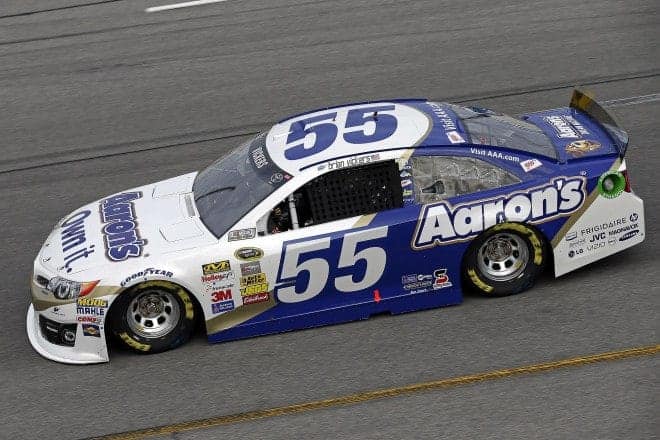 SAFER Barriers
The number one topic coming out of Atlanta this past weekend ,other than good old fashioned Jimmie Johnson dominance which should frighten his competitors, was Jeff Gordon once again making hard contact with a concrete wall unprotected by a SAFER barrier. Gordon was clearly incensed post wreck as he gesticulated to the spot he hit to a nearby NASCAR official. And he had every right to be mad, not least given his own issues over the years, but also following Kyle Busch’s terrible injuries at Daytona the week before. The question now becomes when will it become a mandate for every square inch of wall at a NASCAR-sanctioned track to be covered by SAFER barriers? To me, there can be no bigger question right now for the higher-ups in Daytona and Charlotte. On the Monday after Daytona NASCAR president Brian France, in an interview with Sirius XM Radio, noted that: “[If] we don’t get safety right then nothing else really matters.” Amen to that is what I have to say. Let’s fix this issue before something irreversible happens. Over to you, Mr. France, we’ll all be watching with great interest.

Brian Vickers’ Return
One of the most positive (if not the most positive) storylines ahead of Sunday’s race at Las Vegas Motor Speedway will be the return of the Sheriff, Brian Vickers, to his seat in the No. 55 Aaron’s Dream Machine. It’s been nearly three months since Vickers had surgery on an artificial patch that had been initially fitted back in 2010 to fix the hole in his heart and he has had to sit out the first two races of this season and he will no doubt be itching to get back in serious action this weekend on the high banks of LVMS. Ironically, his replacement last weekend in Atlanta, Brett Moffitt, an MWR test driver,  provided a true underdog story in the best traditions of NASCAR bringing his ride home in a hugely impressive eighth place. For Vickers, though, just being back in the car will represent a story of grit and perseverance in the face of severe health challenges. The really good news for him is that he is still Chase eligible (per NASCAR), so there’s every chance he can win a race and make the playoffs despite missing the first two races. One of the things I’ve always loved about NASCAR is seeing the good guys do well and seeing drivers combat and overcome adversity. Vickers has faced his fair share of challenges. Here’s hoping the only mentions of him for the rest of the season will be around the quality of his racing and not his health.

The “Ra/e”gans
The Busch brother replacements both had solid days this past weekend at Atlanta Motor Speedway, finishing within a place of each other. Regan Smith came home seventeenth in older brother Kurt’s No. 41 car while and David Ragan piloted younger sibling Kyle’s No. 18 car ending up rather appropriately in 18th place. For both drivers, it’s an unexpected showcase (audition) for their skills in a significantly better ride and a chance to put themselves in the discussion for the next upper-echelon free seat available. For Smith, this is far from a new experience, having filled in in the past for two races for Dale Earnhardt Jr. at the back end of 2012 when Junior had a concussion. Smith also subbed for Tony Stewart at Watkins Glen last season. Ragan started out his Cup career replacing the legend that is Mark Martin in the iconic No. 6 car all the way back in 2007 as a 21-year old, struggling through five full seasons with Roush Fenway Racing. For the last three seasons, Ragan has wheeled the No. 34 car helped to build the Front Row Motorsports program – a process that has been the very definition of slow and steady. For both drivers the next few weeks (and months) provide an unexpected opportunity. Expect both to grab the chance to the best of their abilities and put them in the shop window for the next silly season. Good luck to them, I say.

Sin City
Next up, we head to Las Vegas Motor Speedway for Sprint Cup race number 18 at the mile-and-a-half circuit. And perhaps even more than at Atlanta this past weekend, the results will really start to inform us who’s on top and who needs to catch up with the new rules package. The first race at LVMS was held back in March 1998; a race won by the legend that is Mark Martin (man, I miss seeing him) with only Jeff Gordon and Jeff Burton competing in all the events held there thus far. The latter will not be racing while the former will race for the last time at the circuit so it’s a streak that will be broken in 2016. In total, ten different drivers have won races here and you’ll perhaps not be surprised to see Jimmie Johnson – he of the 71 wins, 6 championships and counting atop the list with four victories. Matt Kenseth is in second place with a trio of checkered flags. So, don’t be surprised to see Johnson make it win number five this weekend. Given how strong he looked at the end of the Atlanta race even more so. Either way, it will be another marker for this nascent season. Should be fun to watch.

Casey Mears
And finally this week, it was a credible fifteenth-place run for veteran Casey Mears in Cup race number 418 of his 13-year career. Coming on the heels of a spritely sixth-place run in Daytona, it’s been a great start to the season for the one-car Germain Racing team, which also has a technical partnership with Richard Childress Racing. “”It felt really good to come here in a car that was close and that allowed us to go out and compete,” said Mear in a press release on Germain Racing’s website. We’ve obviously improved a lot from last year and I’m happy for all of the guys because they’ve put a lot of work into building this program. We had a great run at Daytona, but we’ve always been good there. To come here and get a top-15 and leave sixth in points is exciting for everyone on this GEICO team.” Despite the fine start to the season, it’s worth injecting a note of caution in that in 92 races with the team, Mears has just five top-10 runs all of which have come at either Daytona International Speedway or Talladega Superspeedway with a best finish of 4th in the Summer Daytona night race last year. To really take the next step, Mears needs to start picking up top-5 and top-10 runs at the unrestricted tracks. Once that begins to happen, Mears and the whole Germain Racing team will start to see the fruits of their labors. All that being said, it’s always good to see the good guys start strong. May it continue for the Mears gang.