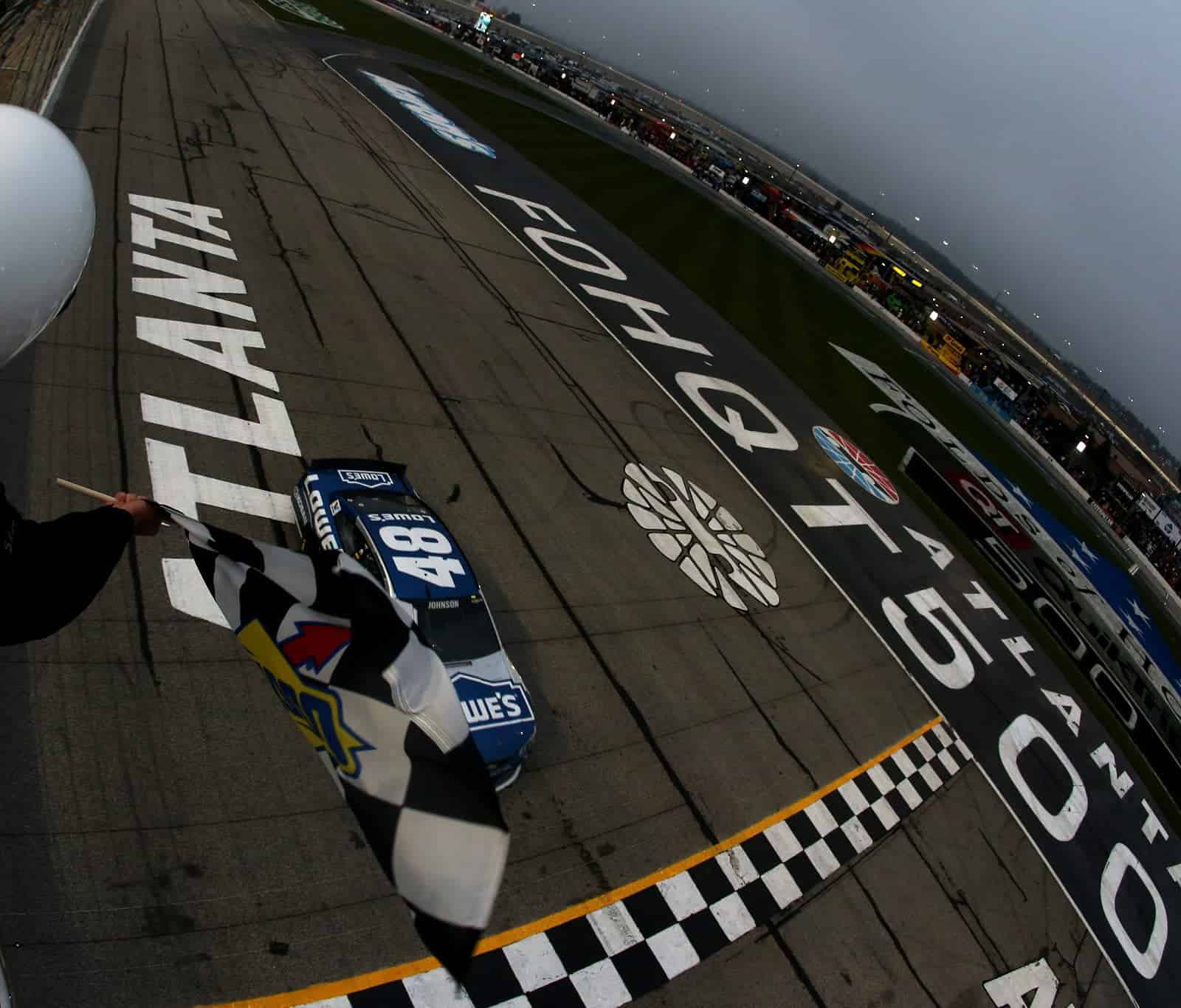 Throughout the 2014 season, the question on everyone’s mind was, when will Jimmie Johnson win his first race of the year? Although Johnson went on to win four races in 2014, he was never a threat for the championship, opening the door for questions about the team and combination with crew chief Chad Knaus. The No. 48 has put those rumors to bed quickly in 2015, leading 92 laps and dominating the second half of the race in Atlanta on the way to his first win of the season.

Daytona 500 winner Joey Logano dominated the first half of the race before handing the reigns to Kevin Harvick, who led a race-high 116 laps and continued his streak of top-2 finishes. The two biggest surprises in the top 10 were 2014 Chase contender AJ Allmedinger (seventh) and one-race substitute Brett Moffitt (eighth), who filled in for Brian Vickers. Vickers returns to the seat in Las Vegas.

The first West coast swing starts next week in Las Vegas. But before the cross-country road trip begins, see if your favorite made our power rankings after Atlanta.