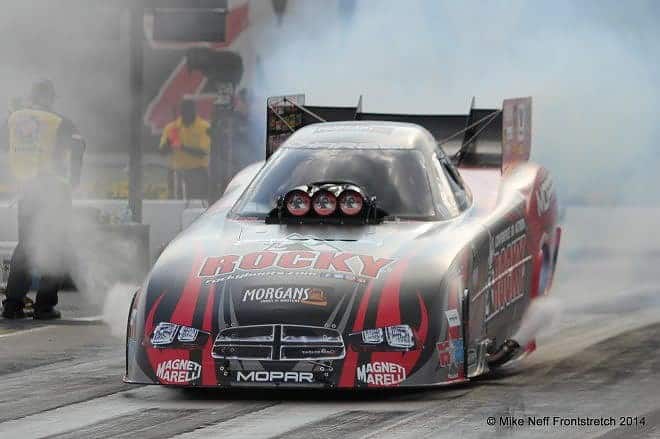 Nitro Shots: Outlaws, Farmers & Getting Beat By a Girl

Did the NHRA need to make a statement about Street Outlaws, particularly as some of the cars on the show had NHRA logos showing? Yes. Street racing is in complete opposition to its mission. Will the show change? Doubt it. Most of the viewers know the street racing is staged on a closed road but television entertainment is about suspending disbelief, so even though viewers know it, part of the appeal of the show is that idea of an illegal activity. People like to watch things that are on the edge but that they’d probably never do themselves, even if they know it’s just the portrayal of those things. Move the action to a track, even if it’s the same action, and it’s possible the show loses appeal. Discovery has a hit. They aren’t going to take that chance.

Still, there are 3 million people watching this show so the bigger question would seem to be if there some way to parlay this interest into a positive overall for drag racing, and perhaps for motorsports in general. The answer to that question may not be as clear as it seems. Viewers like the cars. That’s a plus. Viewers like the racing action. That’s a plus. So they’ll all come to the track, right?

Here’s where the picture gets cloudy: the premise on the show is a group of guys with fast cars who show up to race each other or some other group of guys with fast cars. As far as the cars go, there’s big tire vs. small tire, nitrous vs. turbo, and that’s about it – and even then, any of those combinations can race any other combination if they want to. As far as the rules of the game go, there’s don’t jump the start, don’t cross the center line and cross the finish line first. There are no officials, no tower, no executives, no race control (save perhaps whoever is acting as race master for the night). The Street Outlaws style of racing follows the old K.I.S.S. (Keep It Simple, Stupid) adage to the hilt. You can watch one time and get it.

That is a very different proposition from watching a sanctioned motorsport of any kind. So the question is: how can you (or can you even) get those viewers interested in a game on a track, with classes and differing vehicles that need to be understood to understand the classes, and rules, and officials and corporate sanctioning bodies? Here’s a wild idea, just for the sake of devil’s advocate: what if many of those 3 million viewers are not people new to racing? What if many of them are those same people who claim they’ve been turning away from sanctioned motorsports in droves because there are too many rules?

The NHRA fared well in RACER’s awards, with Richie Crampton bringing home the RACER Magazine Rookie of the Year award as well.

*Former Pro Stock Motorcyle Racer Adam Arana left the family team and the sport at the end of last season to pursue a different course in life in the U.S. Coast Guard. He recently graduated from the United States Coast Guard Training Center in Cape May, N.J., and will report for his first assignment on the USCGC Cheyenne, a river-buoy tender based in St. Louis, on Friday. He’ll serve on the Cheyenne on the Mississippi, Missouri, and Kaskaskia rivers for an unspecified term until he returns to school to learn a specific trade. The entire Arana family was on hand for his graduation. While he heads to the Cheyenne the rest of the family will head to Gainesville, Fla., next week for the opening event of the Pro Stock Motorcycle season.

“It has hit me a little bit that I won’t be racing,” Arana said. “It kinda stinks, to be honest. I was looking at some pictures and thought, ‘Man, I’m going to miss this more than I thought I was.’ But I’ll be going from one exciting profession to another, so it’ll be good.”

*Voting is still open for the K&N Horsepower Challenge, a special race for the best driver’s in the Pro Stock category. Seven drivers earn spots based on qualifying points over the last year, with the eighth and final driver earning a spot from the fan vote. Current Pro Stock points leader Rodger Brogdon did not compete in all the events since last year’s challenge, so he’ll have to rely on the fan vote. To that end, fans can visit Vote4Rodger.com to learn how to vote him in. To further his campaign, fans can also get special Vote4Rodger decals during upcoming race weekends at Gainesville, Fla., and Charlotte, N.C.

Driver of the Week: Matt Hagan

2013 – Earned a category best five victories during the season.

Some Things Most People Don’t Know About Matt: Matt was an all-around athlete at Auburn High School in Christiansburg, Va., his hometown where he still resides. He was a defensive lineman and an all-district center on the Eagles football team. He’s also proven he can drive more than just a Funny Car. In 2012, the year after he won his first championship, he got the opportunity to drive a drag boat, with which he reached a speed of 172 mph, and a monster truck, which he managed not to flip! Matt also kept a day job, just in case this racing thing doesn’t work out. He owns a 1,000-acre cattle farm in Christiansburg where he raises more than 400 head of cattle and grows their feed. Matt isn’t afraid to get dirty either. He’s a hands-on rancher and can handle every chore on the farm.

Continuing through the series on the vehicles of the NHRA Mello Yello Drag Racing Series, this week it’s time for the cars of the Pro Stock category to take center stage. As the name Pro Stock would imply, these are the ones that are most identifiable with cars one might see on the street. That’s exactly what drew reigning Pro Stock world champion Erica Enders-Stevens to them in the first place.

“If you didn’t know anything about cars and you owned a Camaro and you came out to the race track, they have the Funny Car Camaros, and they kind of maybe around the headlights look like them,” said Enders-Stevens. “But our car, aside from the hood scoop, looks like a Camaro that you would take off of the street. I just like the factory hot rod aspect of it.”

Here, courtesy of this graphic provided by the NHRA, is a lesson on the anatomy of a Pro Stock car.

Number of the Week: 2

The qualifying position that produced the most winners in Top Fuel in 2014. Four drivers (Antron Brown, Richie Crampton, Doug Kalitta and Spencer Massey) won from the second qualifying position. Only one driver, Tony Schumacher, managed to win an event after scoring the No. 1 Qualifier award in 2014. Three drivers each scored wins from the third, fourth and fifth spots, while two each won from sixth, seventh, eighth, 10th and 12th. In 2014 at least, it didn’t matter so much where you started, only where you finished.

The NHRA Mello Yello Drag Racing Series takes a few weeks off before returning to action March 12-15 for the Amalie Motor Oil Gatornationals from Gainesville, Fla.

A writer for Frontstretch since 2002, and editor since 2006, Toni heads up the NHRA coverage for the site. She’s responsible for post-race coverage in the weekly Pace Laps multi-series round-up along with the weekly Nitro Shots column featuring news and features from the NHRA Mello Yello Drag Racing Series. An award-winning former writer for the Presbyterian Church, Toni works in web design and freelances with writing in North Carolina.
Previous Truckin’ Thursdays: Tyler Reddick, Cameron Hayley Among Drivers to Watch This Season
Next Happiness Is… The Rules Package, Safety & Las Vegas 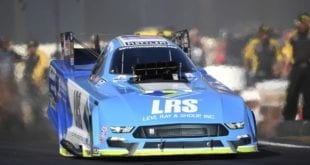 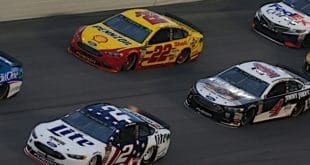 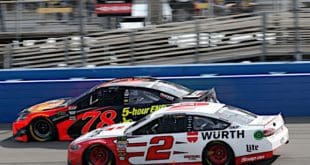