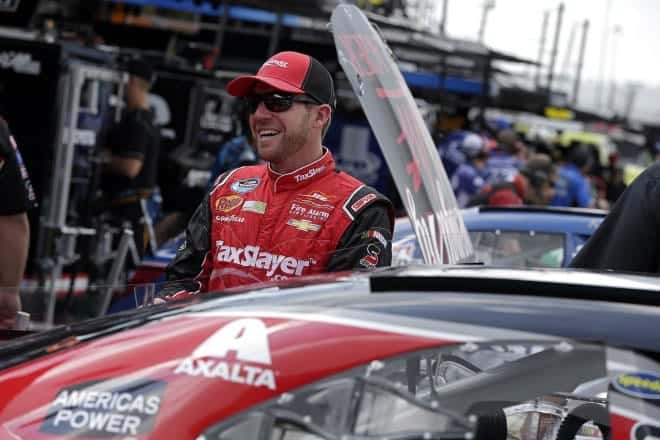 On Thursday, JR Motorsports announced that Axalta Coating Systems will serve as the primary sponsor of Regan Smith‘s No. 7 Chevrolet Camaro in the XFINITY Series at Phoenix International Raceway.  The company’s Cromax division, which is a line of paints specifically designed for collision repair shops, will be spotlighted on the quarterpanels of the otherwise black Chevrolet.

“Axalta has been a valued part of our championship organization almost from the very beginning, and we are pleased to have Regan and the rest of the No. 7 team in Cromax colors at Phoenix,” Earnhardt Miller said in a press release.  “This is an excellent opportunity to further showcase Axalta’s industry-leading products on our race cars.”

While Axalta Coating Systems is best known in NASCAR as one of Jeff Gordon’s primary sponsors at Hendrick Motorsports in the Sprint Cup Series, the company has served as an associate sponsor at JR Motorsports since 2008 (when they were still known as DuPont Automotive Finishes).  The company provides JR Motorsports with paint for the team’s XFINITY Series, Camping World Truck Series and late model entries.

Phoenix International Raceway previously announced that Axalta Coating Systems would serve as the title sponsor of the XFINITY Series race on March 14.  It will be known as the Axalta Faster. Tougher. Brighter 200.