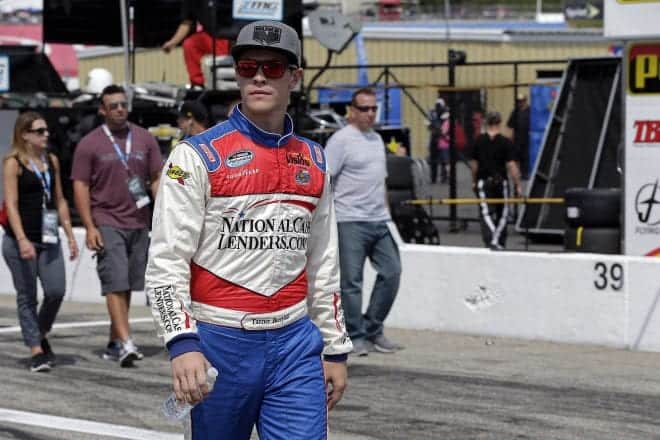 The NASCAR Sprint Cup Series will have another rookie driver starting at Phoenix International Raceway on March 15th.

Tanner Berryhill will attempt to make his Cup Series debut at Phoenix with Premium Motorsports in the No. 66 car, according to Vision Racing’s Facebook page. Berryhill attempted the NASCAR XFINITY Series race with Vision Racing, which is a family-run operation, but missed the race after an on-track incident in front of them didn’t give them enough time to produce a quality lap.

Berryhill was not immediately available for comment, but he is expected to run multiple races for the team owned by Jay Robinson. The organization released Mike Wallace on Saturday afternoon after he DNQ’d at Atlanta Motor Speedway and Las Vegas Motor Speedway Wallace originally stated that the team will not be running at all unless sponsorship is found, but they have opted to continue fielding a second car as a teammate to Brendan Gaughan.

In 40 career starts in the XFINITY Series for Vision Racing and SR2 Motorsports (two starts), Berryhill has a best finish of 17th at Mid-Ohio, which is his only lead lap finish to date. Vision Racing does not have plans in place to run any events unless sponsorship is found, which left the 21-year-old searching for a ride.

“If you haven’t noticed, the #17 is not on the entry list for ATL,” he said on Twitter in late February. “My team has been in such a financial crunch for so long and missing the race at Daytona sent us over board. The new qualifying format killed any chance we had of racing this year. I plan to work hard to find sponsors, but until then I will not be racing unless an opportunity allows me to do so. Thanks for the support.”