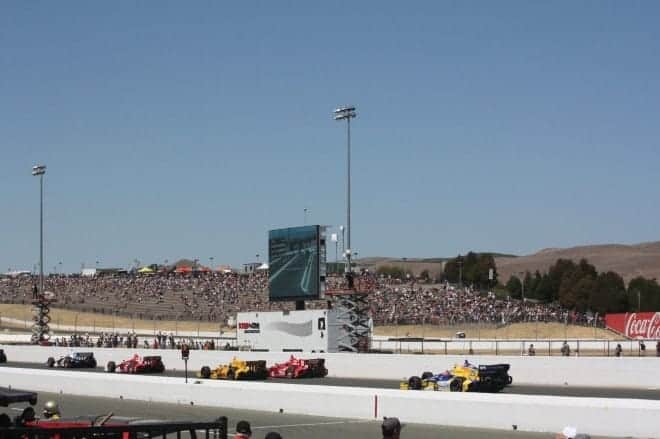 Add KV Racing Technology to the list of teams bringing on a rookie in 2015.

Monegasque GP2 veteran Stefano Coletti will run full time in the Verizon Indycar Series in 2015 for KV Racing Technology, the team confirmed in a release this morning. He will join teammate Sebastien Bourdais, who won one race in his first season with the team in 2014. Coletti will pilot the No. 4 for the team.

“I’ve always wanted to race in IndyCar and have the opportunity to live overseas,” said Coletti in a team release. “It’s a great championship and the competition is very high!

“When I tested with KV Racing Technology at NOLA a few weeks ago, there was a great atmosphere and the whole team really welcomed me, so I can’t wait to get to Indianapolis and start working with the No. 4 crew and getting to know everyone better.”

Coletti competed in GP2 for five seasons, including four full ones. He finished as high as fifth in the series standings, scoring seven total wins, along with one win in the GP2 Asia Series. Coletti has never before raced in Indycar.

While the driver has minimal experience with Indycar, he’ll be surrounded by mentors. Teammate Sebastien Bourdais is a former CART champion with years of experience, while former Indycar driver Jimmy Vasser is also with the team in a management role.

“It’s a great opportunity to be on the same team as a driver like Sebastien Bourdais who his very experienced, very quick and a nice person to work with,” said Coletti. “I couldn’t have asked for better for my rookie year! I really would like to thank Kevin Kalkhoven and Jimmy Vasser and also KVRT’s General Manager, Steve Moore, for making this possible and look forward to an exciting year with the team!”

“We are very pleased and excited to add a driver of Stefano’s talent to KV Racing Technology,” said Jimmy Vasser, who was on hand for the test at NOLA. “Stefano has shown he can win at a very high level during his time in GP2 and we were extremely impressed with his knowledge and feedback during the test last month at NOLA. There will obviously be a learning curve, especially on ovals, but I think everyone feels that Stefano is up to the task.”

Coletti will get more time in an Indycar before the season begins. KVSH Racing and KV Racing Technology will test at NOLA Motorsports Park again on March 14, before heading to Barber Motorsports Park for an official Indycar spring training session on March 16-17.

Indycar will begin its season in less than three weeks, when teams head to St. Petersburg, FL, for the Grand Prix of St. Petersburg on March 28.