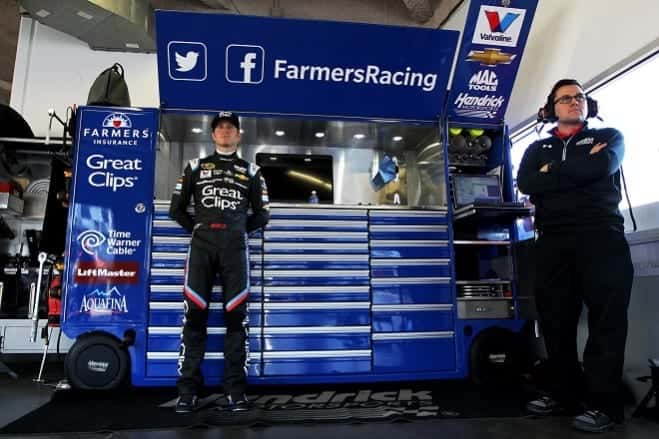 Four NASCAR Sprint Cup Series teams participated in a Goodyear tire test on Tuesday afternoon at the Charlotte Motor Speedway. The test marks the third of 14 scheduled in 2015.

Rain caused a delay at the beginning of the test session, per Kahne’s twitter feed.

Sitting in my Chevy watching it rain. @CLTMotorSpdwy tire test

Kahne later posted a tweet saying the team ran a softer tire and less downforce on his No. 5 Chevrolet. The combination causes a huge fall off with the tires, which is something the drivers have discussed in the past.

First run with less downforce and softer Goodyear tire. Car felt so good all around with lots of fall off. That was fun! #NASCAR

NASCAR will host an open test on Wednesday, March 11 at the Charlotte Motor Speedway. The test will be open to the public and media. Only one driver from each organization may participate in the session. Speeds from Tuesday were not released.