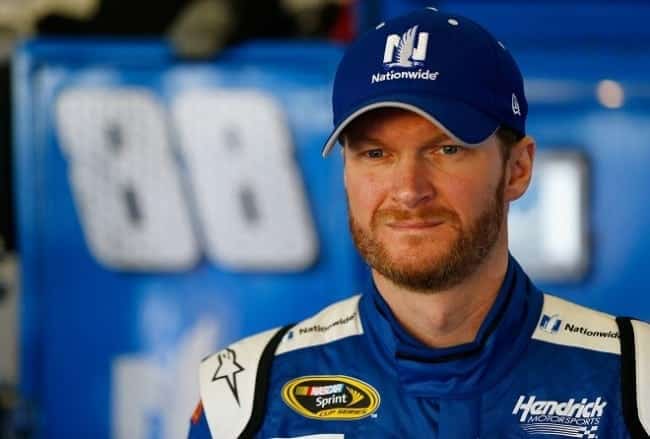 Frontstretch will scour Twitter every week looking for some of the best tweets from your favorite drivers, crews and NASCAR personalities. These were some of our favorite tweets from the previous week and we hope you enjoy them as well!

Sitting in my Chevy watching it rain. @CLTMotorSpdwy tire test

Kasey Kahne was just one of the four teams scheduled to participate in a Goodyear tire test at the Charlotte Motor Speedway on Tuesday. Furniture Row Racing, Richard Petty Motorsports and BK Racing were the other three teams on-site. With the rain falling, Kahne sent this tweet out, telling everyone what he is doing to pass the time during the delay.

Second sucks!!! Still great job by @MartinTruex_Jr wheeling that thing all day and everybody @FR78Racing !

Martin Truex, Jr. had another stellar performance this past weekend at the Las Vegas Motor Speedway. Crew chief for Martin Truex, Jr. had this to say following the race on Sunday. Anyone who has finished second at something has probably felt this way at one time or another.

Pockrass is having a tweet up at his house. He asks that you bring pizza.

If you’re attending a NASCAR Sprint Cup Series race, one of the things you might look forward attending is the tweet ups. These are primarily planned by either Jeff Gluck or Bob Pockrass. Anyway, sometimes the two aren’t always able to attend the races. With the two missing Las Vegas, NASCAR Wonka sent out this hilarious tweet!

Well if anyone's is selling some rear grip I'm in the market for some!

During a break during the broadcast, Darrell Waltrip and Larry McReynolds is pictured here on their smart phones. Whether they’re texting, tweeting or surfing the internet, this is probably something you wouldn’t picture these two doing five years ago.

If you watched the Kobalt Tools 400 last season, you saw the exciting finish that had Dale Earnhardt Jr. running out of fuel and passed by Brad Keselowski on the final lap. NASCARcasm had this to say just prior to the start of the first practice session Friday afternoon at the Las Vegas Motor Speedway.

Dale Earnhardt Jr. has been doing numerous Q&A sessions with the fans over the last two weeks on Twitter. Earnhardt was asked by a fan if he has ever owned a Ford vehicle. He said friends with Fords are not allowed to park in his driveway. However, his girlfriend Amy Reimann, quickly gave everyone the truth. Majors is the spotter for Earnhardt.

Make sure to check back here next week for another round-up of tweets from your favorite NASCAR personalities. If you’re on twitter, make sure to follow us @Frontstretch!

Unless Michael Waltrip tweets, “I’m talking and I can’t shut up. Thinking of cutting my tongue out.” I doubt ANY us have any interest in his tweets.

If only the two Waldrips and Mac Mac would just sit there and tweet and keep their shut, it would make for a better race.