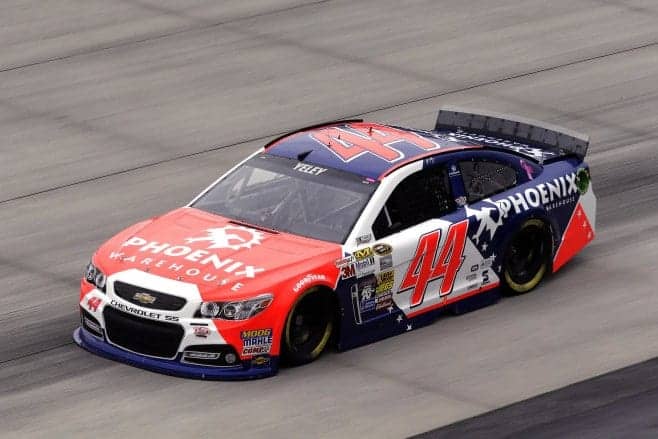 John Cohen, team owner of the NASCAR Sprint Cup Series team Team Xtreme Racing, is facing a bench warrant for his arrest in Essex County, N.J., for failing to comply with an order related to a settlement on a civil lawsuit.

Cohen, who had his NASCAR Sprint Cup Series car stolen from a hotel parking lot last month while the team was on its way to Atlanta Motor Speedway, has denied the charges. Cohen was reached by phone by NJ.com and said, “It’s a story that’s not true” and that there was no settlement ever made.

Cohen also told the website that the warrant was issued for his father and it has nothing to do with him. He then referred any other questions to his lawyers.

Elliott Malone, a lawyer for the plaintiffs in the case, said, “My response is one word: Typical,” when he was told that Cohen denied any wrong doing.

Malone said that his clients Anthony Santucci and Jeff Rezink when into a business deal with Cohen to open a night club in Manhattan that was contingent on Cohen securing a liquor license. The two men invested $85,000 that Santucci, who was reached by phone by NJ.com, believes Cohen pocketed to help fund his NASCAR team.

Cohen is also facing a lawsuit involving purchasing a racecar from Swan Racing in 2014 according to court documents. The suit alleges that Cohen used “unfair and deceptive trade practices” and is seeking $200,000 in damages.

The news comes after the team’s No. 44 was stolen from a hotel in Morrow, Ga., along with the trailer it was within. The car was later located on the side of a road nearby.

So Happy to have "old faithful" back. Favorite race car. pic.twitter.com/ZtAdKyPSg6

Team Xtreme’s No. 44 is entered this weekend with Travis Kvapil behind the wheel. The team has made one race this year – the Daytona 500, where it finished 32nd with Reed Sorenson.

Cohen is currently the only African-American team owner in the NASCAR Sprint Cup Series.

Oh what a tangled web we weave…

How many red neck NASCAR fans thought John Cohen was Jewish after reading the charges? Now you’re really confused because he is African-American, how could that be! No wonder the public thinks NASCAR fans are bigots and racists. What does “typical” mean by that lawyer? Sounds like rich white men trying to keep the black man down. What’s NASCAR policy on this.? Is John Cohen indefinitely suspended for violating NASCAR rules?