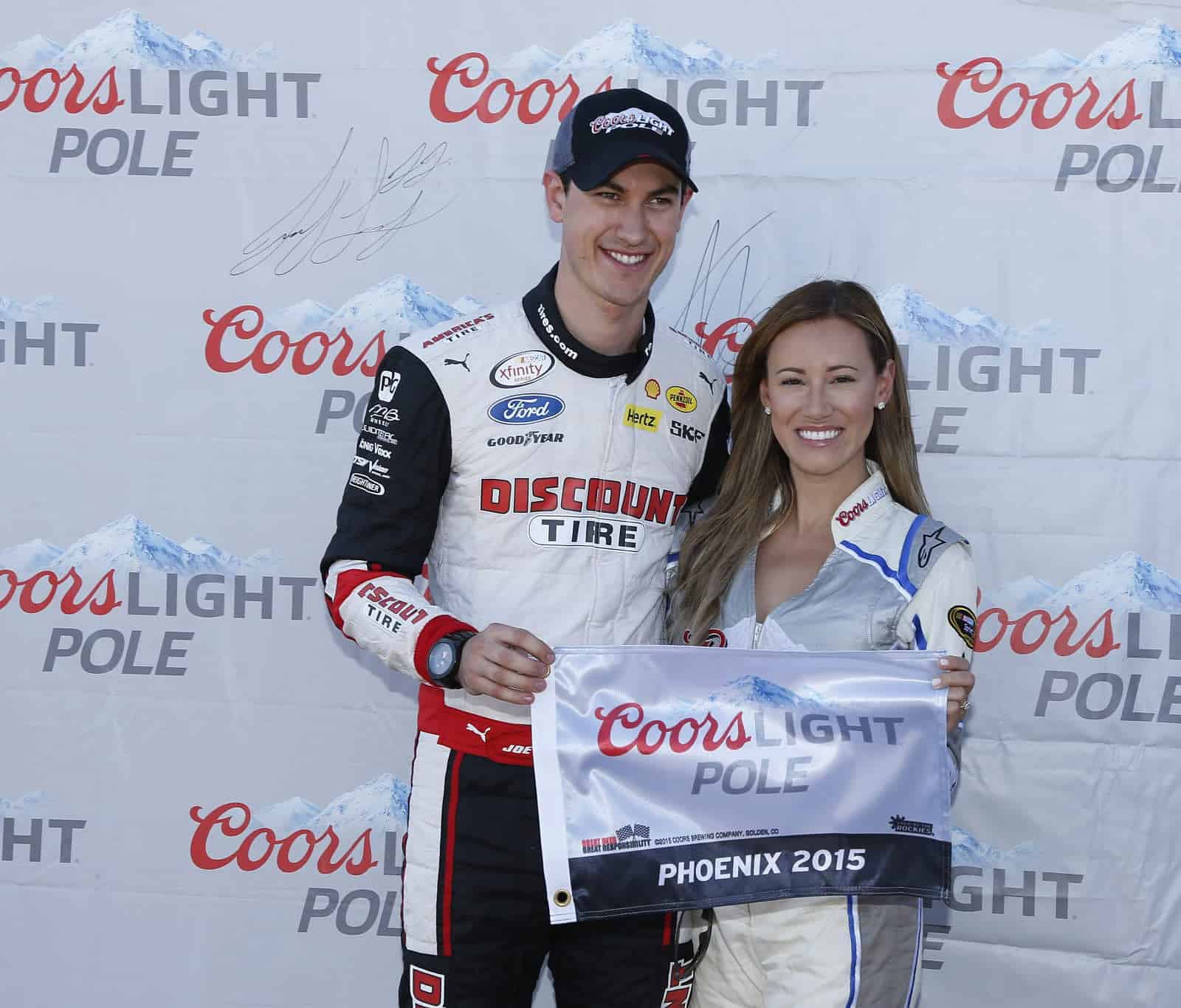 After sweeping all three rounds of NASCAR Xfinity Series qualifying at Phoenix International Raceway, including a new track record in the final round, Joey Logano won the pole for the Axalta Faster Tougher Brighter 200.

Logano, with a record time of 26.627 seconds, will earn his second pole position in the Xfinity Series this year. Atlanta NXS winner Kevin Harvick will start alongside him in second. Erik Jones, Matt Kenseth and last week’s NXS winner Austin Dillon round out the top five. Harvick and Logano will start 1-2 for Sunday’s Sprint Cup race at the 1-mile racetrack.

The qualifying session was filled with issues for several Richard Childress Racing cars. Brendan Gaughan had a lugnut lodged in the left-front area of his car; he was able to make it through all three rounds and will start the race in ninth. Brian Scott, coming off a disappointing race last week, suffered a flat tire after the second round of qualifying. Although he made it to the top 12, NASCAR did not allow him to change the tire for qualifying and will start the race in 12th.

A Cup driver on the pole. What a surprise! That should guarantee that no racing takes place and continue to keep butts out of the seats.