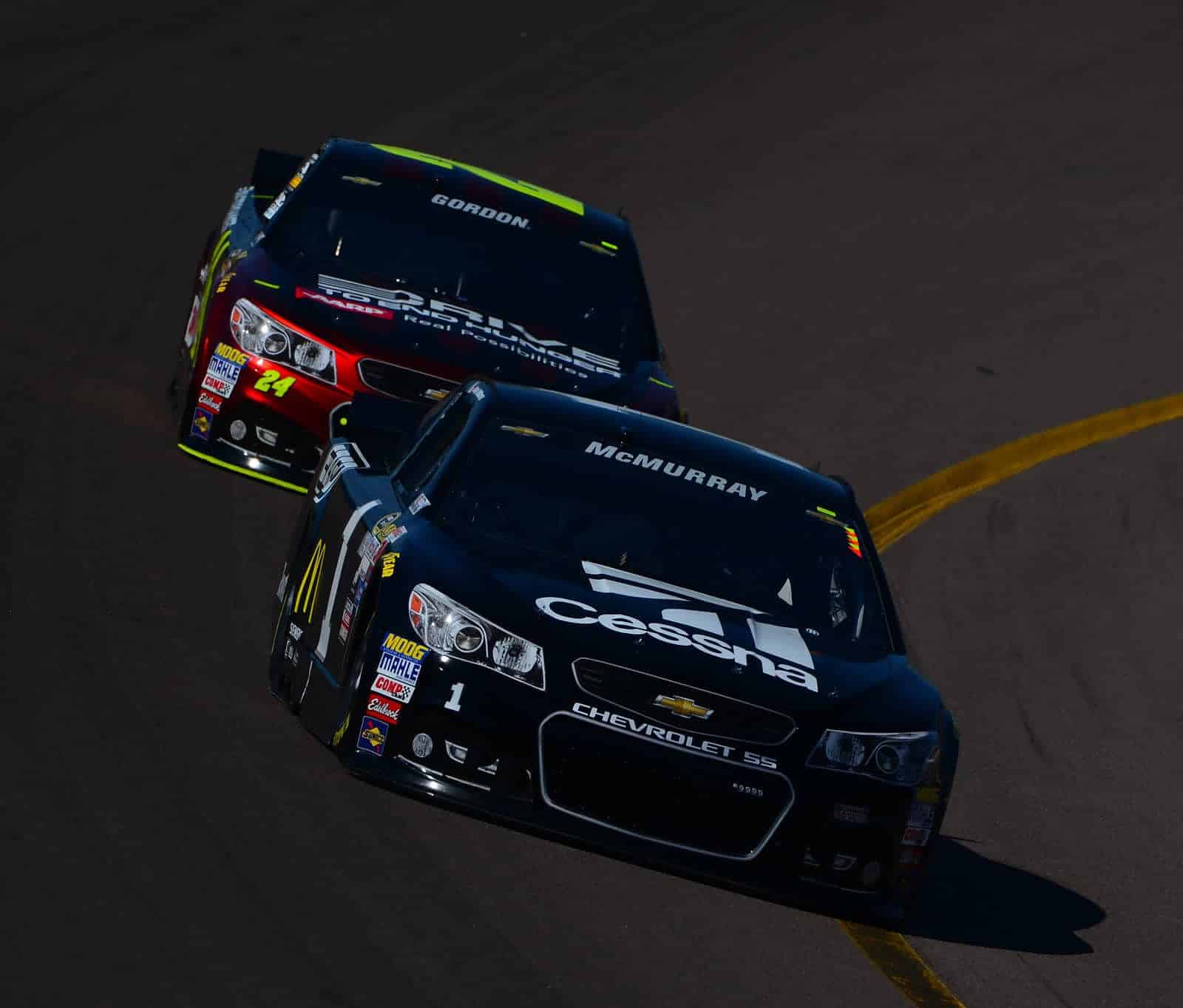 With four races in the books for the 2015 NASCAR Sprint Cup Season, there is already bubbling criticism about some teams going into crisis mode – take Tony Stewart for example. But other top drivers are not immune to poor finishes.

Stewart is currently in 36th position, and while reporters aren’t supposed to have a favorite driver, you wouldn’t be human if you didn’t want to see Stewart perform well after what he has endured the past two seasons. Unfortunately for him, things aren’t going so well.

Just to compare, Kurt Busch spotted the field the first three races, after being suspended by NASCAR, and his performance Sunday in the CampingWorld.Com 500 moved him three spots higher in the points than his teammate and co-owner of Stewart-Haas Racing.

So, write off Daytona as being a product of restrictor-plate racing. Stewart got crashed at a superspeedway. It happens. Prior to the accident he was heard on his in-car radio telling his crew, “Didn’t anybody tell these boys I came to play.” The problem was that he ended up playing tag with the wall on lap 72.

The following week in Atlanta, Stewart’s car never made it through inspection to go out for qualifying. He started the race in 39th, couldn’t gain any real ground and then got caught up in a crash.

At Las Vegas and Phoenix, he again couldn’t get a handle on the racecar, possibly showing that the new racing package approved by NASCAR does not suit his driving style.

But Stewart is not alone at the bottom of the heap. Jeff Gordon, who is in his final year of full-time racing, was expected to be a beast behind the wheel this season. After his performance last year, Gordon wanted to go out on top and possibly win that fifth Sprint Cup championship. Gordon, however, sits just 25th in points after the first four races.

Of course, anything is possible but if these two drivers don’t figure out a way to get to the front of the pack, they aren’t going to have to worry about winning a race to qualify for the Chase for the Championship. They will just be struggling to stay in the top 30 in points. Though it could be said that Gordon is trending upward.

On a different note, there still appears to be an issue with the Toyota camp and their engines. With the series heading to Toyotaland (aka Fontana, California) next weekend, the closest the Toyota camp could get to the top 10 at Phoenix was 13th. That accolade goes to Carl Edwards. But to hear other Toyota drivers talk about it, there appears to be a significant lack of power.

The normally jovial Clint Bowyer was scowling and unapproachable as he walked from his car to the garage following the race. And most of his in-car radio transmissions were too explicit for FanVision to broadcast, or perhaps the FanVision I was using just malfunctioned every time Bowyer clicked tried to talk to his crew chief.

Denny Hamlin, who drives a Toyota Camry for Joe Gibbs Racing, has been pretty honest about the cars, so far, this year. They aren’t fast and from what people say, being fast is important in stock car racing.

The only good thing that can be taken away from all of these problems is that it’s still early in the season. However, if things don’t turn around soon, the series with be 10 or 20 races down the road and several of NASCAR’s top superstars will be worrying about how to use the final 10 races of the season as one long test session.

Although I respect all the NASCAR drivers, I did notice something hilarious to me during the pre-race show. Either the camera angle leading Stuart thru the garage was totally off, orrrr, Tony is trying to become a bigger man than even Jimmy Spencer, physically. It looked to me from that camera angle that Tony might be proudly sporting a belly before him that swung with more grace and lookit-me then Marylen Monroe’s backside. I didn’t tape it so I could be wrong, butttt, maybe I spied Tony’s Archelies Belly? I wonder if anyone else noticed that?

Bill B
Reply to  david

Yes my friends wife said the same thing.
Personally, I didn’t see it. It looked like the same old over weight Tony to me. In other words, no fatter than usual.

david
Reply to  Bill B

Nah Bill. There’s fat as usual but what I saw wae extreme. Almost looked like a near full term baby bump proudly swinging in the breeze with a scowelly joully heavy 3 day beard glaring from above. Scheeze how I wish I had taped it. I’m still chuckling. How the heck he got in the car I can only guess. Any way we can get FOX to re-play that stroll? I’m going to work on that. And honestly, I’m not trying to knock Tony. I just treasure hilarity where ever I find it, just like Childress and big words like mayonaise. Oh heck I loved that line!
And thanks for replying Bill B. I’ve seen a lot of your coments here and a couple other places.

LOL, yeah, Tony is definitely not in shape these days unless his preferred shape is round.

I’m not happy that Gordon is where he is in points and hope that finishing in the top 10 at Phoenix is a step in the right direction.