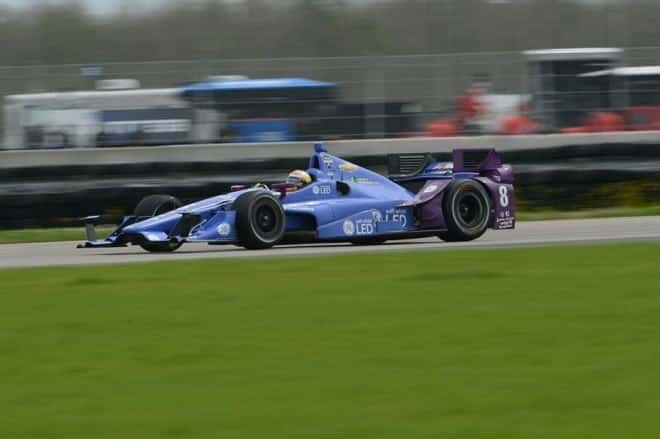 2013 Indy Lights champion Sage Karam suffered a wrist injury after going off-course early in Monday’s IndyCar test session at Barber Motorsports Park. Karam, 20, had completed only three laps on the day when he suffered the incident.

Karam, a native of Nazareth, Pa., got out of his car under his own power, but wasn’t cleared by the infield medical center to return to the track. The severity of the injury or timetable for his return are unknown at this time.

Karam began his IndyCar career in 2013, driving in the Indy Lights Series for Schmidt Peterson Motorsports with Curb-Agajanian. Karam scored three wins and eight podiums during the 12-race schedule to capture the series title. Karam returned to IndyCar action only once in 2014, running in the 98th Indy 500 with Dreyer Reinbolt, and he surprised fans, driving from the 31st starting position to score a ninth-place finish.

Karam was testing with Chip Ganassi Racing in expectation of running the 2015 IndyCar season opener in St. Petersburg, Fla.