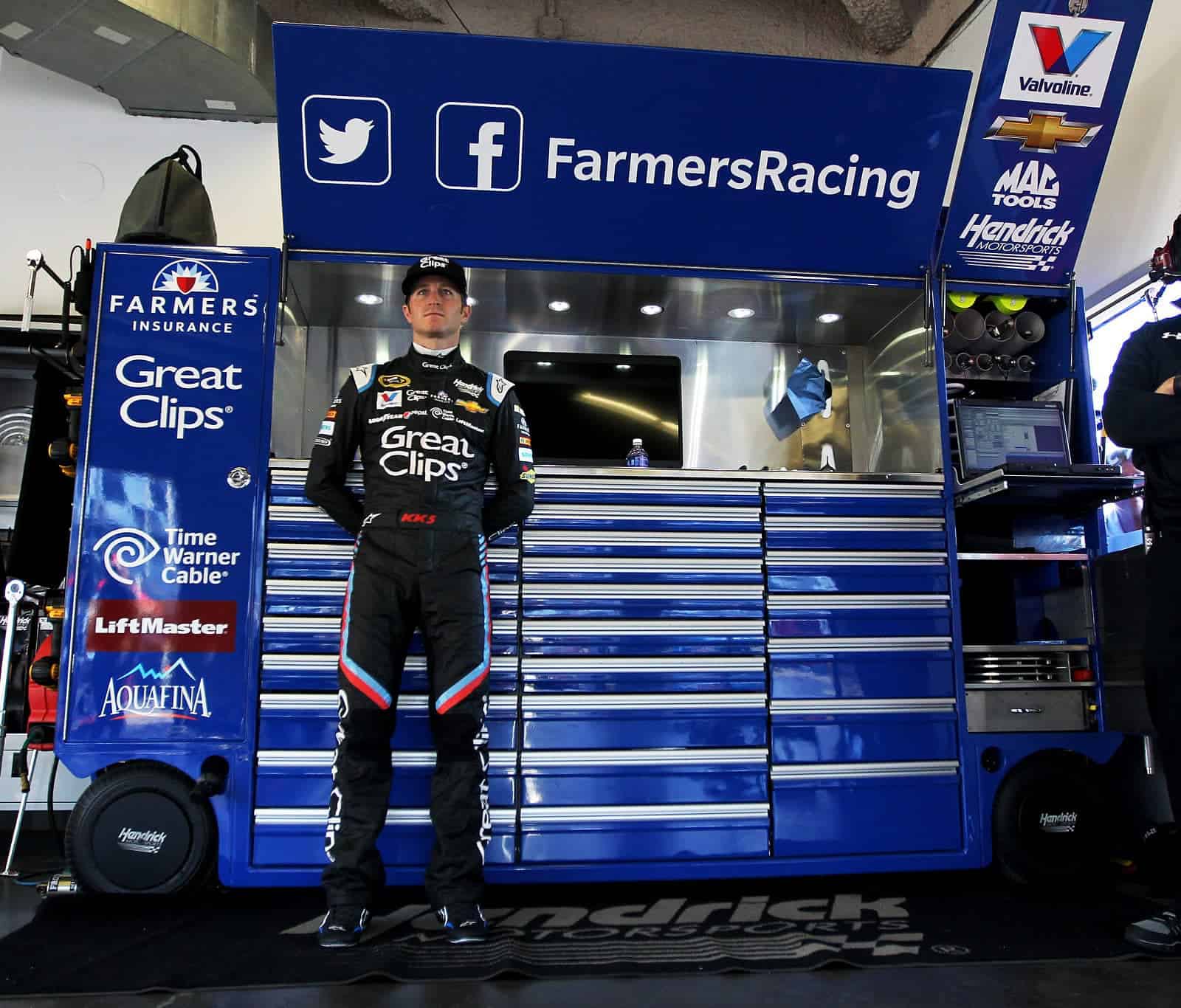 Last season 13 drivers carried a win into the Chase with the three final places of the 16-driver field being filled by the three highest points finishers: Matt Kenseth, Greg Biffle and Ryan Newman. So despite all the talk last year of checkers or wreckers and win or bust, places in the playoff were available for consistent finishes week after week. This season, albeit early, it looks as if Kevin Harvick might be on course for a huge number of wins – perhaps even double digits at this rate – and if that is the case, many more positions will be available on points alone. Last season it took us eight races to get the first repeat winner, this time around it’s taken just four. Funnily enough, it was Harvick who was first to two wins last year; a theme is emerging here, folks.

What will be interesting to watch is how teams approach this season, especially those who are not quite at the top echelon of the speed charts. The NASCAR season is an arduous one and while teams that are currently behind the powerhouse Hendrick teams, Harvick and the Team Penske duo have time to catch up, the longer term reward might just be points racing. Winning is crucial – no question – but top-tenning (is that a phrase?) the next 20 or so races might be the most prudent approach for some teams. This scenario will certainly be one to watch as the season unfolds.

In the decade I’ve covered NASCAR, Auto Club Speedway has gone from one race date a season to two a year and now back to one again, not to mention it’s been in the Chase and now is out of the Chase. For a while, it was considered one of the worst tracks, much maligned by all and sundry. Now, though, with the aged pavement and wide-open spaces on which to run, races at ACS are amongst the most compelling on the circuit.

Expect nothing different this weekend, as the Sprint Cup circus continues the westbound swing for the 400-mile race on the 2-mile track. This race will be Cup number 26 at ACS with the winner of the previous two visits, Kyle Busch, still unavailable due to the injuries sustained in the NASCAR Xfinity Series race at Daytona. Side note: ACS was also the venue for Busch’s first ever win all the way back in 2005. And after what was a relatively lackluster race at Phoenix International Raceway, unless of course you’re a fan of Harvick, I’m predicting we see an excellent race this Sunday afternoon in the California sunshine. Could Harvick make it three in a row? Well, given his current blistering form, I wouldn’t rule it out.

Is Tony Stewart in serious trouble? Or is it just early season blues? Teammate Kurt Busch sat out of the first three races and has more points on the year so far; Brian Vickers (who had a tough day at Phoenix) is level on points with just two races under his belt. And after a patented team radio Smoke rant at Las Vegas Motor Speedway, it’s clear that the three-time champion is not enjoying the new rules package this season – not at all. In four races so far in 2015, Stewart has finished 42nd, 30th, 33rd and 39th, respectively. That’s the sort of form even the back-markers of the Cup field would be disappointed with. So on a team that includes a driver eviscerating the competition each week in Harvick, it’s even more so the case.

The last couple years haven’t been the easiest for Smoke, who missed three races last year and 15 the year before for well-documented reasons, and with this season off to an extremely sluggish start, questions are certainly being asked. The 17-year veteran of some 558 races will be 44 this year, and at some point, time catches up with every driver. Is this horrible stretch of form just a blip ahead of the usual “Smoke heats up in the warmer months” or a sign of a longer-term malaise? Time will tell but on the evidence so far the latter looks more likely at this stage. He’ll be a fascinating driver to watch these next few weeks and months.

Tough Start to the Season for Cousin Carl

Very much in keeping with the Joe Gibbs Racing team as a whole in 2015, it’s not been the best of starts to the season for “Cousin” Carl Edwards with his new team. After a ho-hum 23rd-place run at Daytona, Edwards finished 12th at Atlanta, 42nd at Las Vegas (a race he wrecked in) and had a hard-fought 13th-place run last Sunday at Phoenix International Raceway. In an interview with NASCAR Talk’s Dustin Long, Edwards’s teammate Denny Hamlin was blunt in his assessment of the current state of Joe Gibbs Racing.

“All of our cars suck right now,’’ noted Hamlin. “There’s [Harvick,] there’s the Hendrick cars, and the Penske cars and everybody else. We’re everybody else right now. Especially on the short tracks. Cars don’t turn. They don’t get off the corner.’’

After what was essentially a very miserable season in 2014, it seems JGR hasn’t caught up quite as much as it would like – even though it does look less out to lunch than at the start of the last season. But these are not good signs, especially with a key driver like Kyle Busch medically out of the picture for the foreseeable future. That’s not a knock on David Ragan, who has performed credibly, but given the choice between Ragan and Busch behind the wheel of the No. 18 car – well, there’s no competition really. There’s plenty of the season still to run and, given its run of form, the good news for JGR is that the only real way is up.

Finally (and briefly) this week, Sunday’s race was a milestone for Kasey Kahne – the 400th Cup race of his 12-year career. In that time, Kahne has raced to 17 wins, 84 top fives, 148 top 10s and 4,541 laps led. The Enumclaw, Wash. native is also off to a solid start in 2015 with finishes of ninth, 14th, 17th and fourth, good enough for fourth place in the overall standings at this early stage. In some ways, perhaps because of his youthful visage, it’s hard to believe Kahne is already at 400 career races (and counting), and there’s certainly a feeling of perpetual youth that surrounds him when, realistically speaking, he’s now one of the veterans. Now in his fourth full season at Hendrick Motorsports, Kahne has not truly taken off as some thought he might. But the signs are good so far in 2015. Expect it to continue.

I agree that Fontana (and while we’re at it, Pocono) have both improved and are in the top half of the tracks on the schedule. Something to be said for shortening races and letting a track’s surface age (in the case of Fontana).
Some will always hold contempt for Fontana since it took the Labor Day date from Darlington, a dumb decision at the time that was righted about 10 years too late.
It also had the unenviable task of following the Daytona 500 for several years. Look up buzz kill in the dictionary and you will see the Fontana Week 2 500-mile races from 2005-2010.
Cutting back the race distance and putting it in this spot on the schedule are one of the few good decisions made by NASCAR/ISC in the last decade.

If Stewart continues to do poorly it will only be a matter of time before the fuse is lit and he once again blows his top. Stewart will be asked one to many times ” what’s wrong” and kaboom, anger management again.