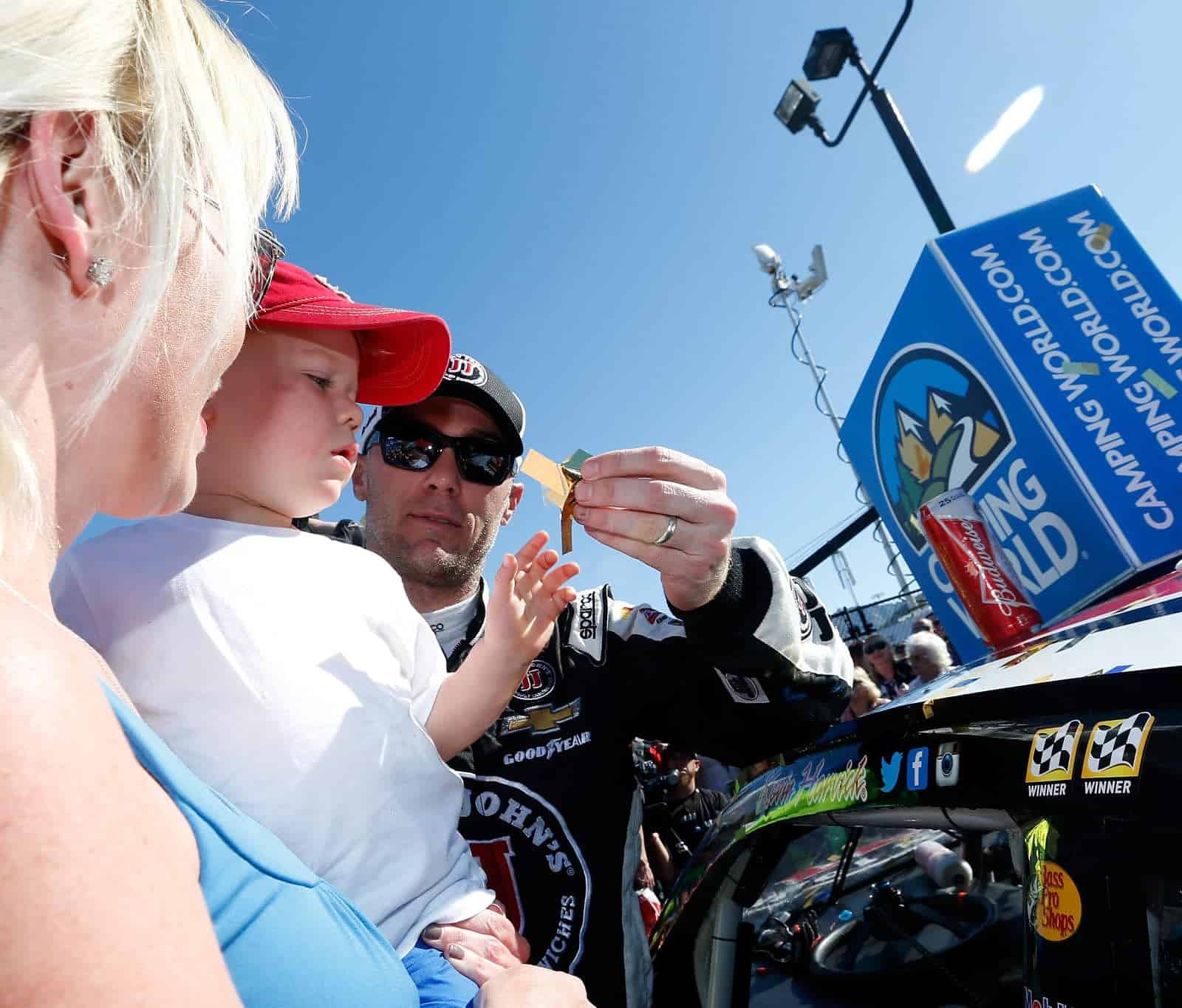 Frontstretch will scour Twitter looking for some of the best tweets from your favorite NASCAR drivers, personalities and media members. We hope you enjoy these from the previous week!

For those of you who know Clint Bowyer’s personality, you know that he likes to have fun both on and off the track. This tweet suggests that he and his friends are about to race snowmobiles. We also agree with the caption in the tweet!

The "Jimbo Jet" just passed the 4 car, something no one else did all weekend!! pic.twitter.com/XDwotGID7I

If you watched the NASCAR Sprint Cup Series race on Sunday at Phoenix, you saw Kevin Harvick dominate the majority of the race by leading 225 of the 312 laps. Darrell Waltrip tweeted this picture of him passing the No. 4 hauler on the interstate. Everyone knew going into the weekend that the team would be the one to beat.

Because Harvick dominated the field in the last two Sprint Cup Series races, NASCAR Wonka shared this funny post suggesting that Kevin Harvick and the entire No. 4 Chevrolet crew will be the only ones entered for this weekend’s race. Don’t worry folks, there are currently 46 entries for this weekend.

36 to in Arizona go and I'm gonna lose money on a wager if there's isn't a llama caution. #nascar #campingworld500 pic.twitter.com/wcf1zuBMcI

During late February, there were two llamas on the loose in the Phoenix area. Many news stations, including FOX News and CNN, provided live coverage of the chase across the entire United States. NASCARCasm had a bet going into the weekend that a caution would fall during the race for a loose llama. Hope he didn’t lose too much money as the caution never came.

Also, I guess that thing I ran over into T1 in NXS practice was a squirrel. I feel really bad, and don't really find it funny :(

During NASCAR Xfinity Series practice on Friday afternoon, Landon Cassill accidentally ran over a squirrel. While some people found it funny and some didn’t, it is safe to say Cassill didn’t.

If you like to follow NASCAR Sprint Cup or Xfinity Series races over the radio, you probably know who Doug Rice is. Wendy Venturini, who is a pit reporter for the Performance Racing Network, tweeted this picture!. Photo bombing the picture in the right hand corner was Kyle Petty. We wish you a very happy 60th birthday, Doug!

Funny how the threat of a penalty speeds things up considerably

Last week, NASCAR announced a format change with the technical inspection process. Any team failing inspection after the third time through will be hit with a 15-minute penalty in practice. NASCAR hoped the change will help make the process go much more quickly. Suggesting this hilarious tweet from Jim Utter, it seems to have helped the process!

That’s it for this weeks edition of Tweet ‘N’ Greet! Be sure to follow us on Twitter @Frontstrech, and check back here next week to see our favorite social media posts from this week!