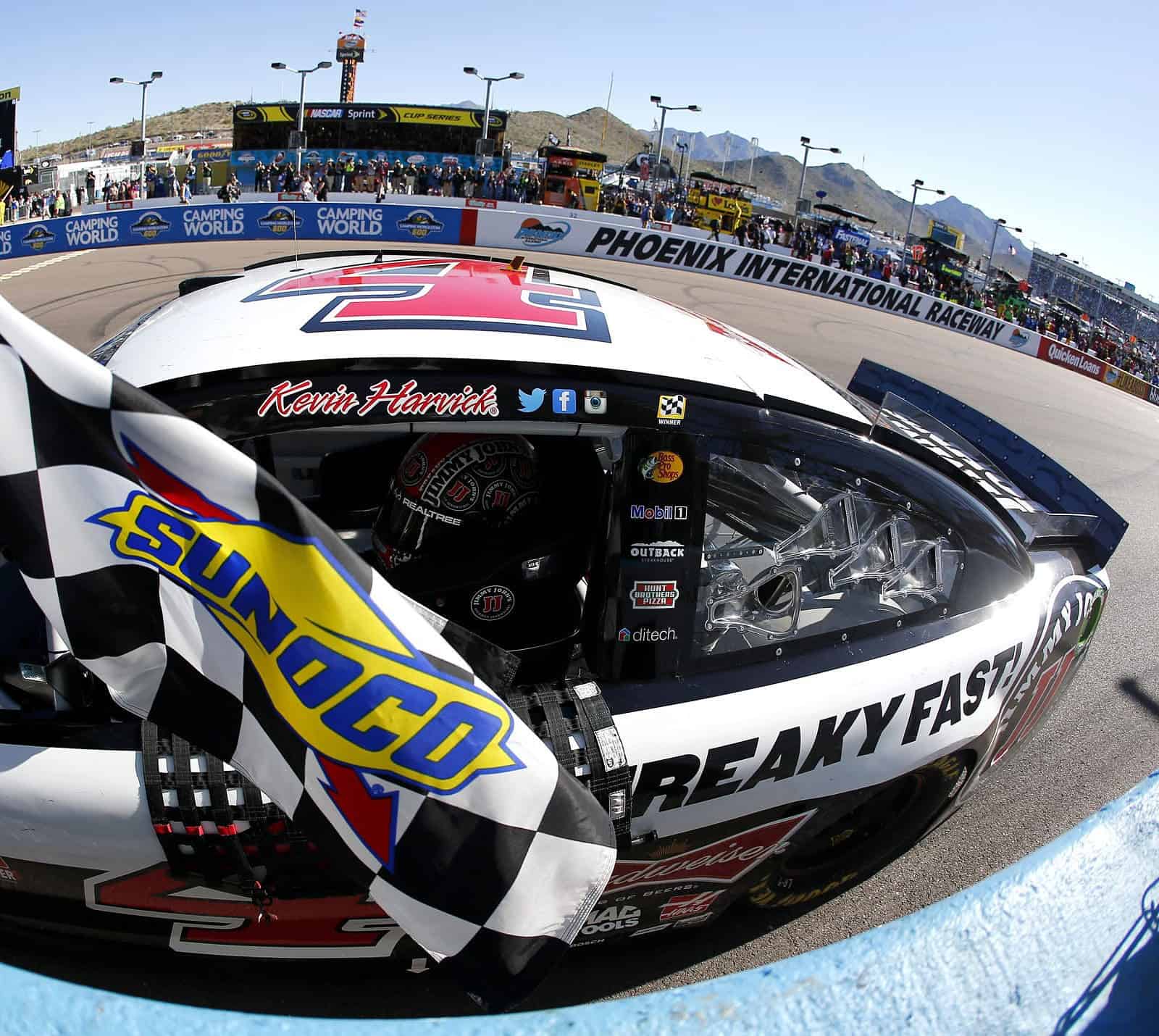 The Sprint Cup Series hasn’t seen this kind of domination in decades. Including 2014, Kevin Harvick collected his seventh straight top-two finish and second-straight victory of the season. Sunday’s win was also Harvick’s fourth straight at Phoenix.

The top 10 in the Power Rankings after Las Vegas kept the momentum going for the second round of the west coast swing. Five drivers collected their second straight top-10 finish. Dale Earnhardt Jr. took the biggest drop this week falling six positions after a 43rd-place finish. Jeff Gordon makes his first appearance in the top 15 after his first top-10 finish of the season.

The third and final leg of the west coast swing takes place at Auto Club Speedway in Fontana, California this weekend. While the drivers take advantage of one more week of sun, see if your driver made the top 15 in this week’s Power Rankings.