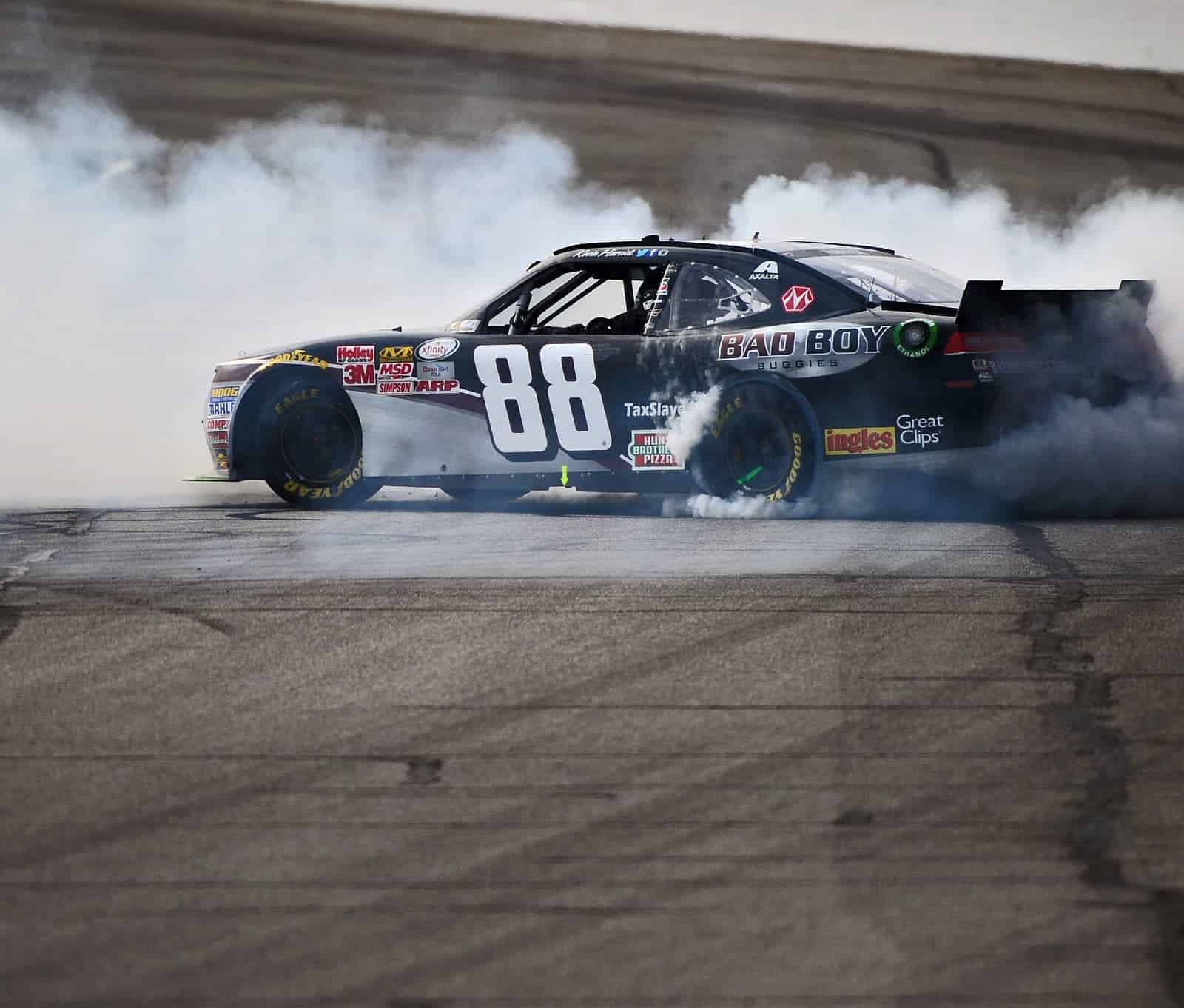 Kevin Harvick stole the show today in the NASCAR Xfinity Series, taking the lead for the first time from Denny Hamlin on a lap 38 restart. From there, Harvick led all but 12 of the remaining circuits on the way to winning the Drive4Clots.com 300 at Auto Club Speedway. The win is his first NXS win at his home track, and the second win of the season.

The race was very strong for NXS regulars, with six of them finishing in the top 10. Brendan Gaughan, driving for Richard Childress Racing, scored his best finish of the season with a second-place. The polesitter for the 300-mile race, Erik Jones, backed up a strong start with a strong finish in third. Harvick’s teammate Chase Elliott and Chris Buescher, who will make his Sprint Cup series debut at the same track on Sunday, completed the top five.

Brian Scott finished sixth in the No. 2 VONS/Reser’s Chevrolet. Brad Keselowski drove the No. 22 Penske Racing Ford to a seventh-place finish, followed by Kyle Larson in eighth. The final of the three JRM cars was Regan Smith, who finished ninth and Elliott Sadler ended the race in tenth.

Darrell Wallace Jr., who was very strong throughout the race, made contact with the wall after the final restart with less than 30 laps remaining which relegated him to a 12th-place finish. The points leader coming into the day was Ty Dillon, who finished 13th. Dillon will remain in the points lead by five points over Buescher.

The Xfinity Series will see the racetrack for the next time at Texas Motor Speedway on for the O’Reilly Auto Parts 300 on Friday, April 10.

Fan questions you’ll never hear. Mr. Harvick, Tell us, how would you have felt when you were first starting out if just for kicks some you multi millionaire decided to deprive you of the opportunity to develop your skills while depriving you of even a chance at a payday? Thanks NASCAR. Thanks lap dog gutless puppet press.