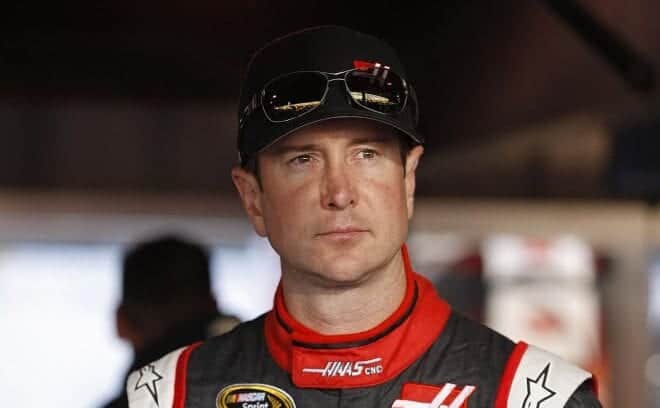 So far, Kurt Busch has won everything this weekend in the Sprint Cup Series. He won opening practice yesterday for tomorrow’s Auto Club 400. Won the pole for the race Friday evening. Today, he was fastest in both of the practice sessions the Sprint Cup teams had to prepare their cars for tomorrow.

Busch’s time of 38.479 seconds (187.12 mph) at the very beginning of the first practice was the fastest time of the day and more than three-tenths of a second faster than the fastest lap overall in qualifying. Second in first practice was Jimmie Johnson, who was six-tenths slower than the No. 41 Stewart-Haas Racing Chevrolet. David Ragan, driving the car that has won the last two Sprint Cup races at Auto Club Speedway with driver Kyle Busch was third in the opening Saturday practice. Richard Childress Racing drivers Ryan Newman and Brian Scott, driving the the No. 33 this week, completed the top five.

Martin Truex Jr., who has opened the season with no finish outside of the top 10, was sixth in the first session on Saturday. Brad Keselowski was seventh, followed by AJ Allmendinger, 2011 California winner Kevin Harvick in ninth, and last year’s runner-up and Xfinity Series winner at the 2-mile track, Kyle Larson, in 10th.

The second verse was the same as the first for Busch, who was again fastest in final practice. Busch was the only driver to turn a lop under 39 seconds in the session. Paul Menard was nearly a quarter of a second slower in second. Harvick, looking to sweep the West Coast Swing with a win tomorrow, ended the final session in third. Casey Mears, Johnson, Truex Jr., Newman, Joey Logano, Keselowski and Dale Earnhardt Jr. were among the top-10 fastest in the final session. Danica Patrick posted a time of 39.559 seconds, good enough for 11th overall. Ragan backed up a solid Saturday morning session with a 12th-place finish in final practice.

Several drivers met the outside wall during the first practice on Saturday, including Aric Almirola, Trevor Bayne and Earnhardt Jr. None of these drivers will go to backup cars.