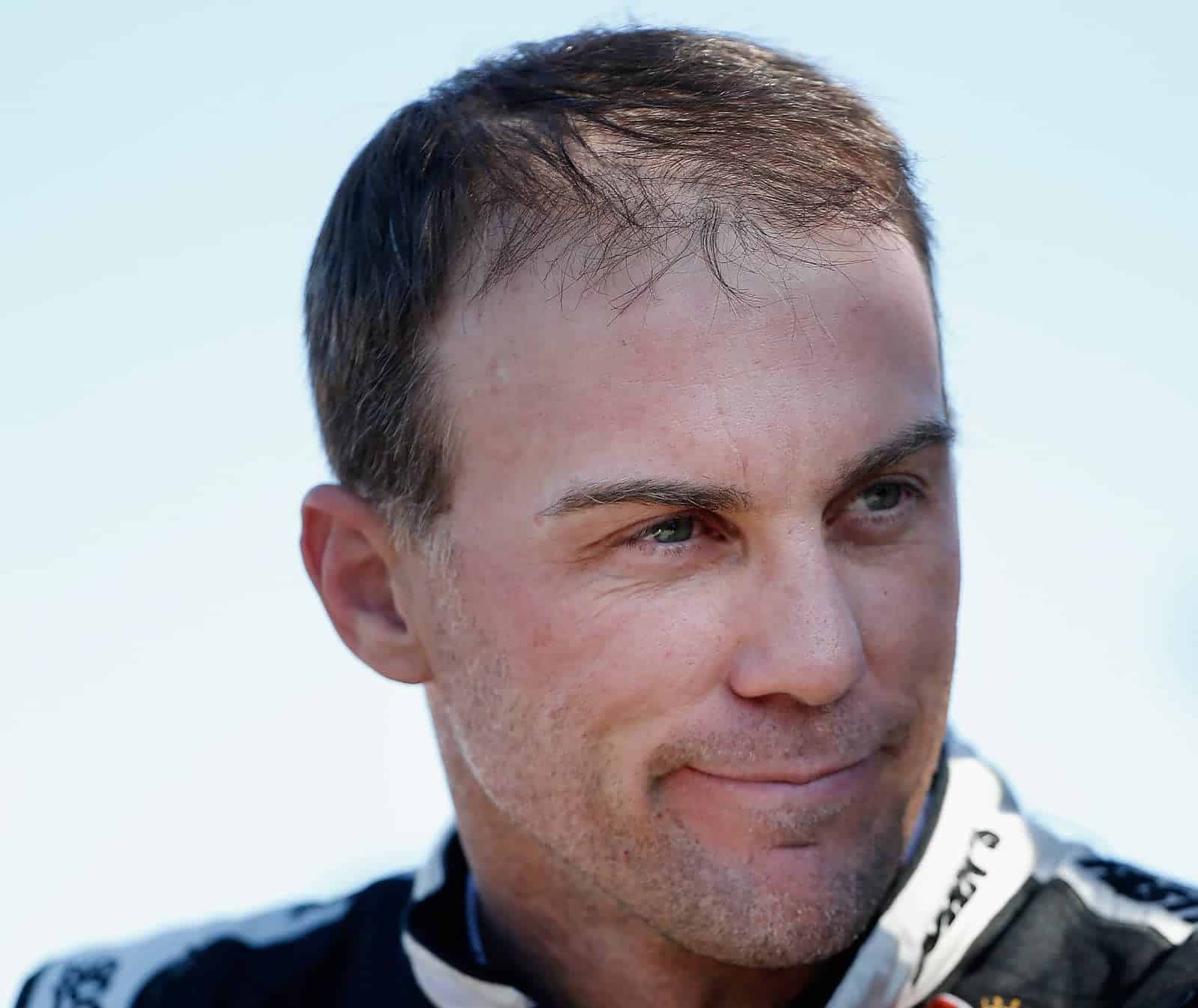 We were on track to have a pretty good team last week but Dale Earnhardt Jr.’s bad luck spelled doom for us. We are going to have bad weeks from time to time, so this week, it’s time to dust ourselves off and get back to work. The drivers didn’t run too many laps in the first practice but from the data I’m seeing, it looks like one Stewart-Haas Racing duo is starting to shine.

So far this year, the Penske cars have been the only competition for Kevin Harvick in Fantasy points accrued. Harvick, however, is still head and shoulders above everyone else and remains a “must have.” The question that arises this week is: do we buy Kurt Busch with a plan on holding him for the long term? Busch is currently quite a value at $22.50, and he is already backing up his performance from last week by earning the pole this week. Having a premium driver at a discounted price could really open up your options in the weeks going forward.

The cars are at Auto Club Speedway this week. Since it’s a 200-lap race, that means there are only 200 laps led/fastest lap points up for grabs. Even with the smaller amount of laps led/fastest lap points available, we need to focus on the cars with speed. There’s not too much chaos at California, so picking drivers starting at the front isn’t as much of a danger as other superspeedways.

Let’s get to the picks. As always, I am listing the price you would have if you have been using my picks.

No. 4 Kevin Harvick $28.00
Harvick is pretty much a given at this point in time. His cars have been hands down the class of the field this year, picking up right where his 2014 championship season left off. Harvick has scored nearly 1,000 Fantasy Live points more than Joey Logano, who has the second most at 2,769. Going for his third straight victory, he qualified second and I would expect him to finish within a couple spots of that starting position. He is a real threat to dominate each week and this week is no exception.

No. 88 Dale Earnhardt Jr. $27.75
Picking Earnhardt burned me last week when he burned the bead on his tire. This week is a new one, though and gives us a fresh start. I like the way Junior runs here and fully expect him to move up from his 17th starting position, earning us extra points. I’m making this pick with my fingers crossed while I knock on wood and throw salt over my left shoulder. The Hendrick Motorsports group has had fast cars this year and I expect that to show again this week.

No. 41 Kurt Busch $22.50
Busch pretty much has to be on your team this week for multiple reasons. The first is simple: he is fast and put it on the pole. The second reason is Busch costs $22.50; that allows us to get a little more creative with some other drivers on our team. The third reason is that, in all likelihood, Busch will increase in value relatively quickly if he runs anything like his teammate in the No. 4 car or backs up his top-five run from Phoenix last week. I believe Busch has the ability to run with Harvick, especially with the cars prepped in the same SHR group. If Busch puts it together in the next few races, led by old school crew chief Tony Gibson he’s the one you buy and hold starting right now.

No. 13 Casey Mears $12.50
Mears is a perfect example of a driver we can squeeze onto the team when we have Busch for $22.50. Mears will start 37th and has pretty much nothing but upside. He should move up through the field and score some nice place differential points. I wouldn’t expect a top 20 out of him but anything in the 20s is a gold mine for use this week.

No. 18 David Ragan $9.00
The last two races won here at Fontana were won by the No. 18 Joe Gibbs Racing car. Will that carry over? In all honesty, we bought Ragan as a value driver in top-rate equipment and he continues to qualify a bit further up on the grid than would be expected. I contemplated dropping him this week after he qualified fourth but will wait it out, at least through practices. He has shown flashes of brilliance but seems to fade as the race progresses; maybe Ragan will buck that trend this week.

Race Winner: Kurt Busch
I think Busch is out to prove a point the past couple of weeks. After a top-five finish at Phoenix, the first race since his return and the speed he has shown so far this week, Busch looks like the current favorite.

Manufacturer: Chevrolet
Those SHR cars are just on a roll.

As always, if you have any questions about your lineup feel free to leave a comment in the comments section and I will be checking and responding to any questions. Also, check in after last practice as I may modify the lineup a little. Thanks for reading!