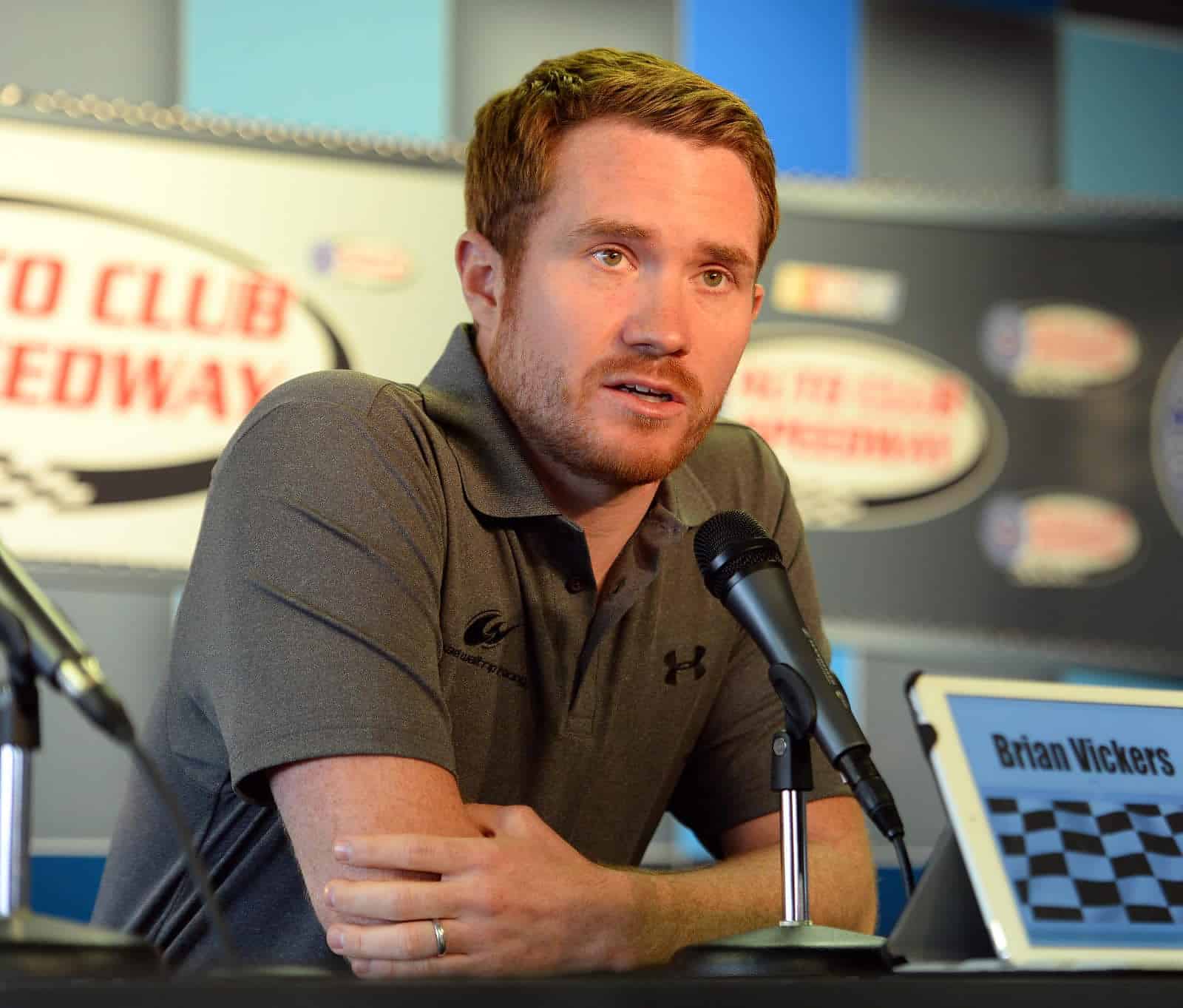 Update: Brett Moffitt will fill in for Brian Vickers yet again this weekend at Martinsville Speedway as Moffitt recovers from blood clots. Chris Buescher will again pilot Front Row Motorsports’ No. 34 in Moffitt’s place.

On Sunday afternoon, Vickers appeared on FOX Sports 1’s NASCAR RaceDay to set the record straight about his latest medical setback. For fans of the 34-year-old racer, the news is not great.

Vickers stated during the interview that he had an embolism Thursday night as a result of the new blood clots. To dissolve the clots, he is back on Xarelto, a blood thinning medication developed by Bayer, but sold in the United States by Janssen Pharmaceutica (a sponsor of Vickers and MWR) for the next three months at minimum. During that time, Vickers cannot drive a racecar due to the threat of severe internal bleeding should he crash.

On NASCAR RaceDay, Vickers stated that this will be the first time that he’s taken Xarelto since his previous scare with blood clots that ended his 2013 season in the Xfinity Series. The setback coincides with a huge push for blood clot awareness complete with a Xarelto commercial featuring Vickers, golfer Arnold Palmer and comedian Kevin Nealon.

Moffitt was recalled from FRM to drive the No. 55 Toyota in Vickers’s place on Sunday. Moffitt qualified 30th on Friday, but was forced to start at the rear of the field after hitting the wall and having to go to a backup car. From the rear, Moffitt drove to a 22nd-place finish. MWR’s plans for this weekend in Martinsville are still unclear.