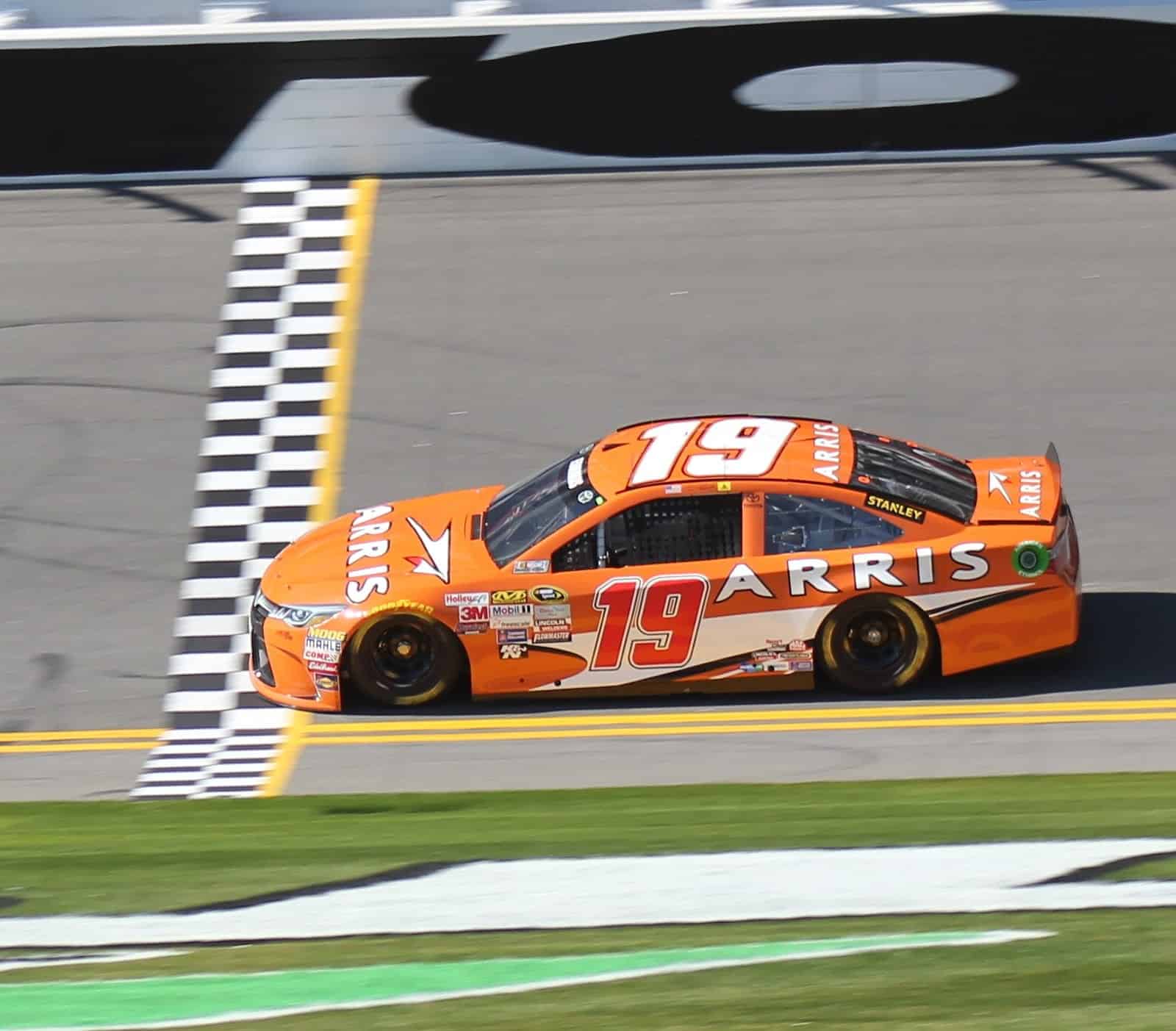 Five races into 2015, the stories have been more about what’s off the track than what’s on it. (Or, in the case of Fontana what’s supposedly on the track that can cause a caution with two laps remaining. A story for another day). Kurt Busch, Kyle Busch, Brian Vickers… their problems have made headlines, masking a subpar racing product that has produced too much follow the leader in 2015. It’s a weird time for NASCAR, in its second year of the new Chase format, where “win and you’re in” has minimized the importance of consistency.

That makes it tough to figure out who’s really off to a tough start this season. Kurt Busch, despite missing three races, is Chase eligible and already 38 points out of 16th. Had Busch won Fontana, he’d be in position to make the field already. So “slumping” is a relative term, a weird word in a format where one good Sunday gets you racing for a championship in September. It’s tough to count anyone out these days, considering the 30th-place point man has an average finish of 28.0. If you can be that mediocre, then rebound to win a race at Richmond in September, your season takes on a whole different meaning.

With that in mind, there are a few teams that have still started off 2015 chronically underachieving. A win is all they need to turn it around, but that’s hard to do when you’re stubbing your toe this badly every week.

Roush Fenway Racing. It’s hard to believe the plight of what was once Ford’s franchise organization. But in 15 combined starts, the trio of Trevor Bayne, Greg Biffle and Ricky Stenhouse Jr. have just one top-10 finish. That came at Daytona, no less courtesy of Biffle, who has since plummeted outside the top 20 in points. Bayne, moving up from the Xfinity Series, has been a massive disappointment, while Stenhouse sits three spots behind girlfriend Danica Patrick in the standings. Things are so bad that RFR NXS driver Chris Buescher, given a one-race deal to drive Front Row Motorsports’ No. 34 car, wound up bypassing two of his Cup compatriots.

You’d think that with an engine deal pumping up Team Penske, there would be information available to turn this ship around. Instead? It looks like a sinking ship just a little bit more every week.

Patrick. Patrick, 23rd in the standings has been unimpressive during the final year of her contract. Without a top-15 finish, the best you can say is she’s kept it in one piece while teammates Busch and Kevin Harvick run circles around the rest of the field. Intermediates, in the past, have been her forte, but to come out of this stretch without even a single lap led is troubling. Rumors will start to bubble up if she struggles through some more “strong” tracks on her resume coming up (Martinsville, Kansas).

Tony Stewart. Perhaps the most talked about “slumper” in 2015, the owner/driver sits 32nd in the standings with more DNFs (2) than top-15 results (1). Stewart has been feisty, both on the radio and with other drivers the last few weeks, so it’s clear the fire to fight to the front is coming back. Still, reasons have ranged from poor personnel (Chad Johnston) to, perhaps, some PTSD from a combination of on and off-track incidents the past few years. Did that broken leg, combined with a horrible personal tragedy, break Stewart’s NASCAR momentum for good?

Joe Gibbs Racing. Yes, if the season ended today JGR would have all four of its drivers (including Kyle Busch’s sub David Ragan) sitting inside the Chase. But poor luck has snakebit Toyota’s top team and made them look far worse on paper than they might have otherwise appeared. Matt Kenseth‘s broken axle, for example, kept him from Fontana success. But Ragan and Carl Edwards, the team’s newest addition, have yet to score top-10 finishes for the program. It looks like a jump from three cars to four involved some growing pains the organization has yet to fully adjust to.

“feisty” again that term with Tony, saw the video (thanks Jeff Gluck) and all I can ask is, did Tony forget to take his meds again. Nascar and fans of his are extremely supportive of him, I think much more than he actually deserves, look out for more outburst in the near future.

Wins are only good to get you in, once the 3 race points reset, making everyone equal when they are not all season, if you survive that nonsense, it doesn’t matter because one race makes 4 drivers equal. So this posturing as to who is thriving or not, does not mean a thing…as you basically said.

I never brought the hype of David Ragan doing wonderful things or even maintaining healthy points for Kyle upon his return, David has been around for a long time and where he is for a reason, imo.

Think often times many fans confuse being an (insert adjective of your choice) with being authentic, or “old school” whatever that means.
Regardless, racing is one of the few occupations where throwing a tantrum doesn’t have repercussions.

tony has the aj foyt physique going for him. dang…..he better watch it or he’ll be the next one having bypass surgery.

with tony buying up tracks and open wheel series, i wonder how long he’ll be a boil on na$car’s backside?

Bayne,Stenhouse Biffle. Hendricks, Gibbs, RCR, and Penske would never consider them for their organizations. They got the same horsepower as Penske engines. Everyone says “Drivers” are the key. Jack has lost it.

Jack is guilty of staying loyal to drivers when he needs to cut them loose. If I’m recalling correctly, Roush lost the UPS sponsorship because he kept David Ragan (who I like) in that car too long.

You can add Clint Bowyer to that list. If the JGR Toyotas are bad, Clint’s MWR Toyota is even worse.