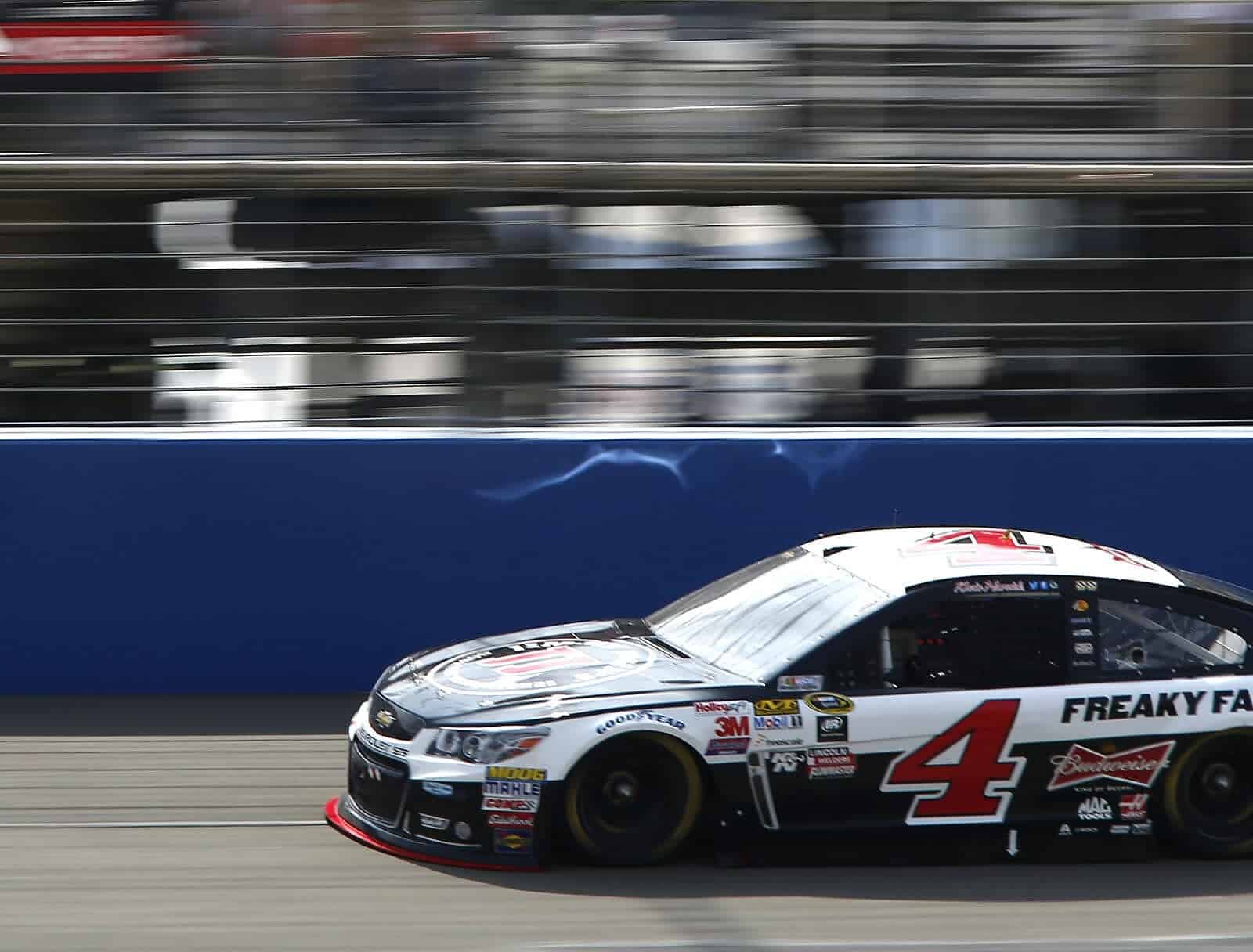 Did You Notice? The amount of cautions for debris and fluid this season? Yes, of course you have; it’s the topic of the week. But the controversial calls at the end of the Fontana race are nothing new when we look at NASCAR in 2015. Debris, competition and fluid yellows have been thrown at an alarming rate so far this season…

That means one of every two cautions thrown each week could be for something as simple as a hot-dog wrapper. When you’re slowing the field that frequently, doesn’t that seem like a case of too much officiating? The best types of officials are the ones you don’t remember at the end of the day, the guys who let them play in basketball and don’t get the replay challenges in football. When you’re throwing debris cautions, a subjective business, that much aren’t you injecting yourself into the conversation unnecessarily?

During a weak week of news for NASCAR, the numbers speak for themselves.

Did You Notice? Not a single Toyota driver is inside the top 12 of Sprint Cup points? The best there is, Matt Kenseth sits 13th and is a whopping 98 points behind Kevin Harvick. Outside of the four-car Gibbs operation the next best effort is Clint Bowyer sitting in 20th.

That’s alarming for a manufacturer currently missing one of its top names in Kyle Busch. While JGR suffered from bad luck Sunday, its new team with Carl Edwards is off to a rough start while offseason crew chief changes have come with mixed reviews. In the new Chase format, one win could easily fix things, but these teams are earning TV time for all the wrong reasons.

Then there’s the mess at Michael Waltrip Racing with the unfortunate reality that Brian Vickers is out for the next three months. While Brett Moffitt has been promising, posting a top-10 finish at Atlanta, filling the full-time ride is another set of challenges altogether. He’s an unproven rookie, with limited experience, and is bound to have some growing pains. Bowyer’s team is clearly suffering from the merry-go-round of drivers and changing feedback over at the No. 55. A two-car team can only do so much when just one of its entries is actually stable.

BK Racing, winding up the Toyota crowd, has been the most disappointing small team this season. Rookie Jeb Burton is lowest in points (38th) of anyone who’s run four races or more. His lone claim to fame so far has been wrecking with Jeff Gordon at Las Vegas, one of several incidents the No. 26 has gotten involved in. Fellow rookie Matt DiBenedetto has made only two starts, scoring a grand total of 11 points while JJ Yeley has posted an average finish of 35.6. Clearly, it’s a group suffering from a lack of information and funding across the board.

Denny Hamlin has had some strong runs but the #11 team hasn’t closed the deal this season. Kenseth has sniffed the front but like Hamlin has little to show for it. Neither team has been terrible, but the Chevy teams have the speed right now and Toyota and Ford are playing catch up. Let’s face it… if not for a restictor plate race and a questionable yellow flag, Chevy would have five wins in five races this year.

The scary thing about the Truck schedule is the early part used to be even worse. I think for a few years, Martinsville was the only race between the Daytona opener and the Charlotte race on All-Star Weekend.
That being said, enjoy this weekend’s race. The next race after Martinsville isn’t until May 8th at Kansas. It is a shame, since the Trucks consistently have the best racing of the three national series.
I know this would never happen because of series sponsorship deals, my idea would be to merge the Truck and Xfinity into one series and maybe run 16 races with cars and 16 with Trucks. And run on tracks as far away from the Cup race are on that weekend, places where the series would be embraced instead of serving as extra track time for the Cup teams and a way for the big track to gouge customers with combo deals. One series would be more sustainable than what we have now.

Why not just say there was a truck race? It would be much cheaper and the fans have abandoned the series completely. Air an old race on TV. Since no one is watching who would notice. Ever wonder why every form of competition, excluding NASCAR, has classes? Look no further than the truck series for your answer.

It does NOT benefit Nascar in any way to Favor Chevy… They would be much happier if Toyota & Ford were stronger right now. These manufacturers may pull out some day if they can’t be competitive but these are cycles that happen & the Chev teams are MUCH better at working together…Jus an opinion..Can some one tell me where it benefits Nascar to have only Chevy winning

Bill B
Reply to  Earner

It wouldn’t. But it’s easier to insist that one manufacturer is being favored than admit that the others don’t measure up.

I ask those who continue to think that Chevy teams are favored,,,,
In a sport (and I use that term loosely) with no spending or salary cap, couldn’t the advantage Chevy have be the direct result of just spending more money on personnel, equipment, capital investment, etc..
If HMS has a budget and staff twice that of Roush or MWR then wouldn’t you expect their results to reflect that?

Until you can prove that, all things being equal (with regards to spending), then there is no way to prove favoritism.

Now, if you are insinuating the Chevy is bribing NASCAR directly for favoritism, then I have to admit that is possible but even harder to prove and very unlikely because, if the other manufacturers found out, at the very least they would leave the sport or worse yet they might sue NASCAR or make that information public which would destroy what little credibility NASCAR has left. (Wow, if that isn’t a run-on sentence I don’t know what is.) It would be the smoking gun that confirmed what we all suspect, that NASCAR is nothing more than the WWE on wheels.

I happen to be one of those that put on my $$$ thinking cap in regard to what makes a private company such as Nascar tick in a big way. In this instance the biggest player in their sandbox is Chevy, if Chevy decided to pull their toys out of the Nascar (France family) sandbox, it would be catastrophic. So to never entertain the proven or unproven regarding a private company and what goes on behind closed doors whether it is something subtle or overt is naïve. And no I can’t prove anything, how could I? But to think all the time things are on the up and up, is again naïve..and business is business, ethical or unethical.