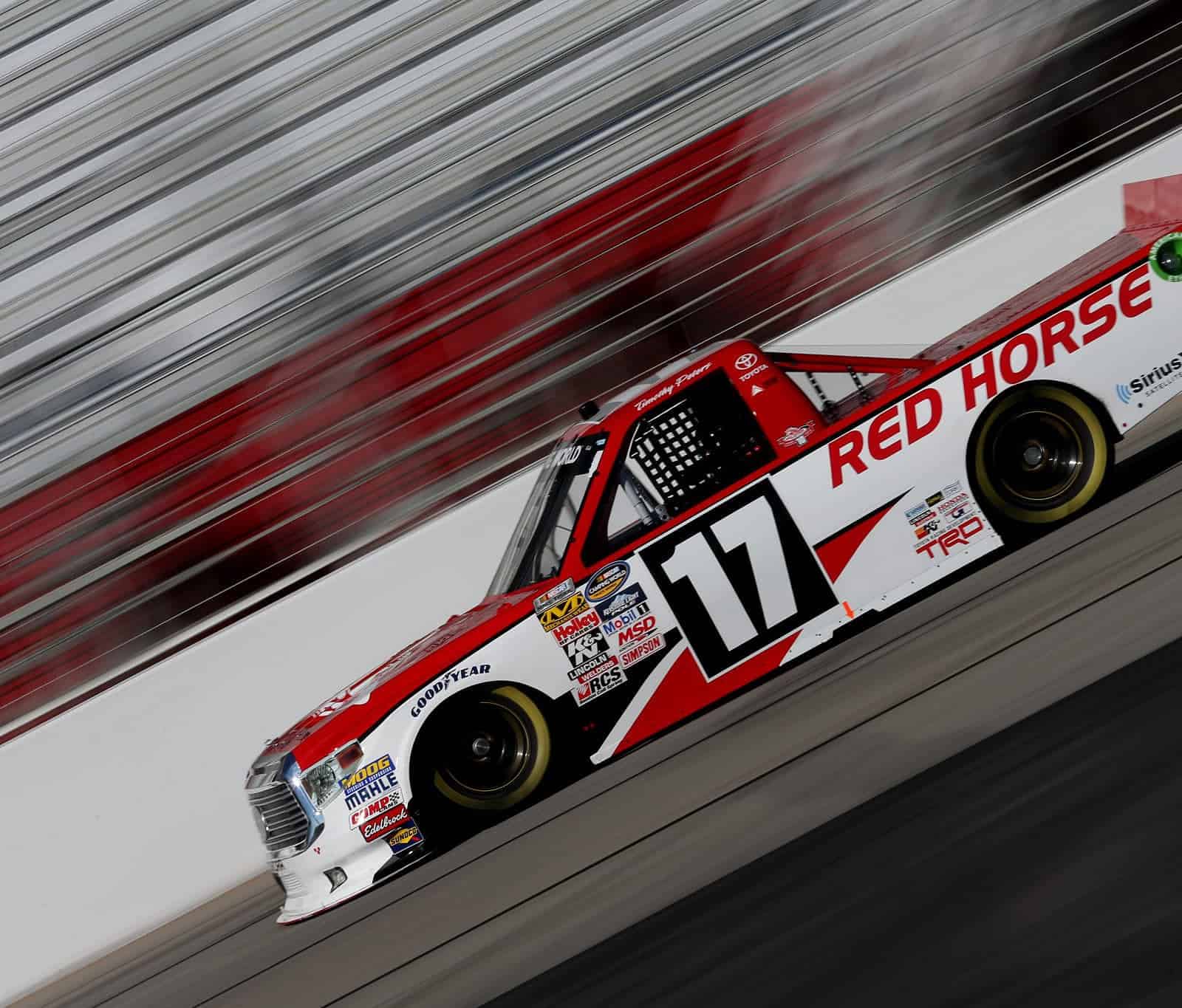 Not quite the easy week to write about NASCAR and offer anything that resembles happiness, right? Let’s look back at the on-track festivities real quick. The Xfinity Series had all the heart-stopping action that accompanies watching mold grow as another Cup driver stunk up the show and walked off with the check. Kevin Harvick tried to repeat his success on Sunday but his teammate proved to be viable competition. The problem with that statement is that the “competition” seemed overwrought with questionable “officiating.”

It doesn’t matter. Auto Club Speedway has recently become one of the better tracks for hosting a solid race but the caution flag hijacking at the end did nothing to mitigate the fact much of it was a follow-the-leader affair. Seems that new rules package is really clicking. That Brad Keselowski stole the Cup race makes it seem like Harvick isn’t running away with the season; and now that Ford has two wins, that’s like putting a blanket on a stack of boxes and calling it a couch.

Perhaps the panacea for what ails NASCAR is its annual return to Martinsville Speedway, home of the famous hot… oh, right… well, at least it’s home to some of the best short-track racing on the circuit. The problem with Martinsville as of late is that a few drivers, namely those at Hendrick Motorsports, have the place figured out in a way that the rest of the field doesn’t. That Jimmie Johnson and Jeff Gordon have the highest driver ratings at the track by a large margin must be a bit deflating for others when looking.

But Martinsville may be the best place to rid NASCAR of confounding issues with the tires and the fact that the latest aero package has not brought about better racing. So for a week, barring any caution silliness, the stock car competition should be decent.

Fingers crossed. Let’s get it going.

Happiness Is… Saving Ducats. When the Race Team Alliance (RTA) came about last year, the founding came across as a move for the teams to fight the powers-that-be and try to save some dough. When Stewart-Haas Racing announced that it cost the team $1.5 million for a race weekend, even when it earned nearly $500,000 in prize money, it was to advertise one of the financial problems inherent in the sport – namely that NASCAR and the tracks are getting all of that wonderful TV money.

To act like it was appeasing the teams and cutting costs, NASCAR did away with offseason testing, cut in-season testing and has found other little ways to make an impact. The latest move is to cut the number of sets of tires that teams will have at select tracks. With a set costing $1,900, the move of doing so, at 10 tracks beginning with Martinsville, will allow teams to save $20,000 over the cost of a season.

Whatever. While the move has some good intention to it, the money saved is paltry in comparison to overall team expenditures. Even for a four-car team, that would save $80,000 for the season, amounting to little if the cost of one weekend really is over a million. It’s a step, but seems a bit hollow.

Happiness Is… Starting. They may be late to get going but IndyCar gets things in gear this weekend in St. Petersburg, Fla.  After the original opener in Brazil was canceled, the layoff became that much longer for the open-wheel series. The drivers have got to be itching to finally get things going at this point. With faces in different places and their own new aero kits being implemented, the year should prove to be an interesting one. The obvious hope is that it will be more interesting than some of the nap-inducing Cup races….

Happiness Is… Resuming. Their season started way back in February and after the race at Atlanta, there’s been nothing heard from the Camping World Truck Series. Well, turns out they’re back this weekend and ready to bang fenders at Martinsville. The Truck schedule continues to be one of the more perplexing things in NASCAR, as it brings little to no sustained interest and feels like something that the organization really doesn’t care about. The racing over the past few years, however, has still been some of the best. That means this weekend is another chance to enjoy it – but for just a short time, because after Martinsville, they don’t race again until May 8. No joke.

Happiness Is… Anger. Sure, Rodney Childers is doing a magnificent job setting up the cars and calling the races for Harvick. But the rest of the SHR organization had seemed adrift until Kurt Busch returned. Busch may not have helped do anything special but the latent anger he must be keeping in his system has sure made the No. 41 look good, something that Regan Smith had been unable to accomplish.

No one has ever said that Busch does not have talent, but keeping that talent in focus has been an issue. So far, it looks like Busch might be channeling that anger into his driving because he looks good. Whatever anyone feels about the ending of the race last weekend, Busch, in just two races, looks stout.

The question will be as to whether Busch can maintain his mindset. If the goal is in giving NASCAR a giant middle finger, keeping his wits about him might be the most difficult aspect.

Happiness Is… But Wait, There’s More. Trucks, check. Indy, yup. Cup, got it. To add to the motorsports weekend, Formula 1 will be racing at some dark hour for the East Coast. Be sure to set up the DVR if you want to catch Fernando Alonso’s re-debut in McLaren livery. Then watch as the Spaniard is lapped, like his teammate Jenson Button, by the midpoint of the race.

All kidding aside, it is doubtful that McLaren will challenge for anything, but getting a driver of Alonso’s talent back on the track is good for everyone.

And who is driving the cost up? That seems to be as much on the teams as it is Nascar. There was an article somewhere about the amount that SHR spent entertaining and providing transportation for sponsors and hangers on at a race. My guess is that money, as well as other expenses not directly tied to the racing is included in the 1.5 million.

Well now, DW just opined that these cars are pretty darn close to their cousins on the streets, so where is the high cost coming from? I can get a Camry at a pretty darn good price and then its just aftermarket bells and whisltes (and a roll cage).