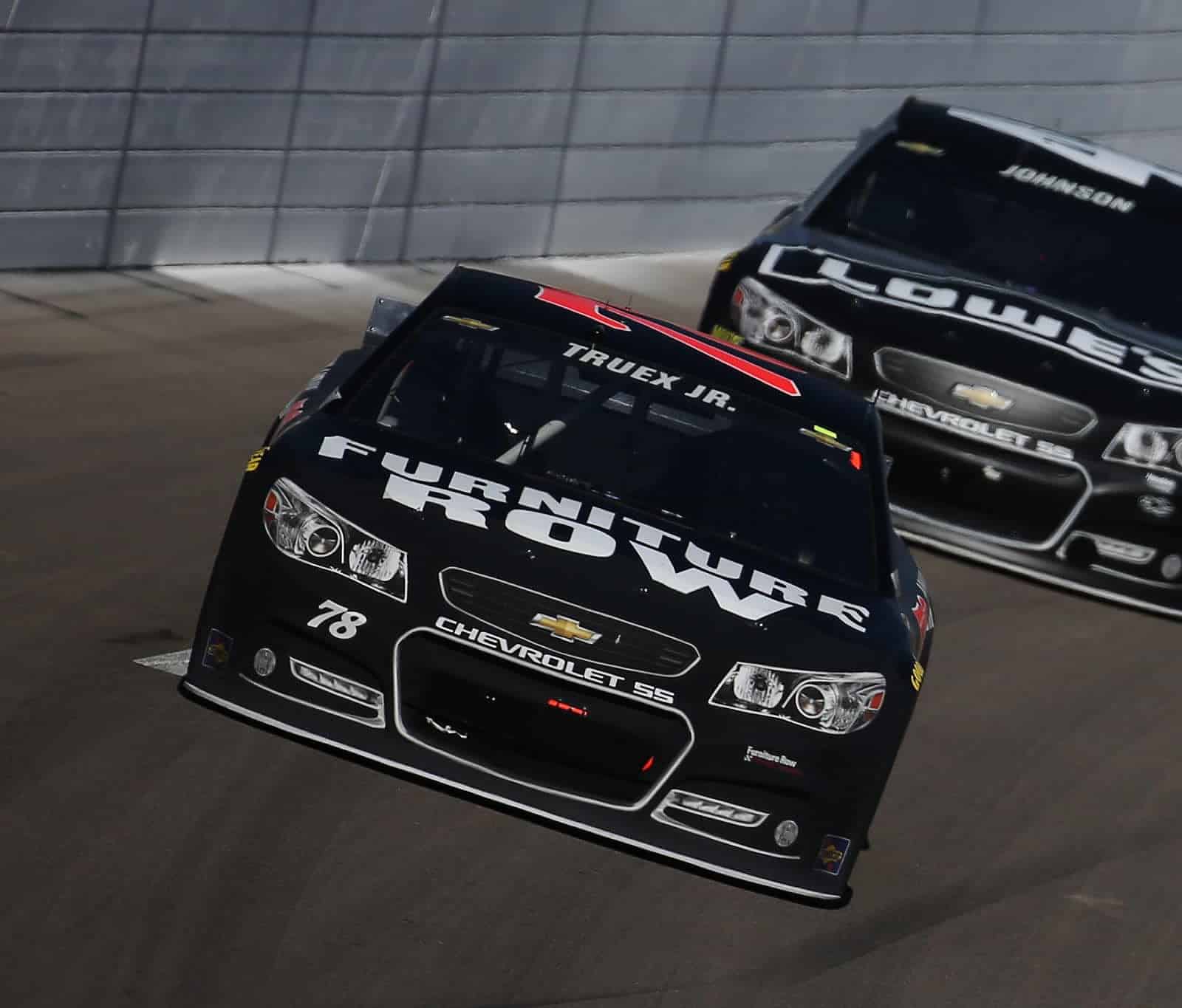 What a race this past weekend in Fontana, right? The string of cautions during the last laps and the passing for the lead, especially when it counted for race winner Brad Keselowski, all really helped to amp up the Auto Club 400. Coors Light Pole Award winner Kurt Busch, really has made a tremendous leap forward in his first two races of the the 2015 season. Busch led 65 laps of the 209-lap race and went on to finish third behind teammate Kevin Harvick. Harvick went on a tear during NASCAR’s west coast swing, including posting two wins at Vegas and Phoenix. It’s clear the the Stewart-Haas Racing camp has found something right with the setup it’s running with the No. 4 and No. 41. In fact, we even saw Tony Stewart in the No. 14 running up front this weekend, a sight rarely seen so far this season.

Denny Hamlin led the way for the Toyota camp, as he has for most of the events this season. Toyota is now on a 31-race streak without reaching Victory Lane. The manufacturer is last in points right now, sitting 45 back from Chevrolet.

This weekend, the Sprint Cup series will descend on southern Virginia, and the half-mile paperclip in Martinsville Speedway. Fittingly enough, the aforementioned Busch went to Victory Lane in his lone win last season at Martinsville.

And with that, let’s dive into this week’s Mailbox questions…

Q: In your opinion where does Michael Waltrip [Racing] go from here with the Brian Vickers situation? Can they keep swapping him out of the car for much longer, and do you think he’ll hang it up due to his medical condition? Thanks. – Bill K., Columbia, S.C.

A: Thanks for writing in Bill. Here’s the thing with the MWR/Vickers situation right now, and in the past in regards to his medical issues. If the sponsors are OK with it, then Michael Waltrip and Rob Kauffman will be OK with it. As long as Vickers can race and is healthy, the No. 55 seat will be his. Period.

Now Vickers has been asked this question a ton of times over the last week if he’ll race again, and he’s actually even admitted in an interview with FOX Sports that he’s thought about it. Obviously with the issue of blood clots in his body recurring now so frequently, it is something he has to take seriously. According to his medical team, he’ll be on blood thinners and won’t be able to race for the next three months, meaning MWR will need to continue to keep 22-year-old Brett Moffitt in the No. 55 Aaron’s Dream Machine Toyota or find another temporary replacement. So far, Moffitt has kept the No. 55 car in one piece and actually posted a top-10 finish at Atlanta to start his season.

Vickers is one talented racecar driver. We’ve seen the things he can do and has done both in his short time in the Cup Series with Hendrick Motorsports, the now defunct Red Bull Racing and since 2012 with MWR, winning three times in his career. He deserves the chance to race at the highest level and has proven that he can. He’s been a great brand ambassador to Aaron’s, and now is working with Janssen Pharmaceuticals.

In this most unfortunate and frustrating situation for both Brian Vickers and for MWR, the organization really only has one choice, and that is to wait it out and see when Vickers can come back healthy, ready to compete, and hope that the blood clots don’t reappear again. In the meantime, Moffitt just became crew chief Billy Scott’s new best friend.

Q: How has Furniture Row Racing been able to stay so competitive with a single-car operation while we’ve seen other small teams fail, like Swan Racing? – Dave L., Brandon, Fla.

A: Hey Dave. Furniture Row is one of those stories in NASCAR over the past five years that has been a bit of an anomaly. You have a team that’s self-sponsored, fields only one car on limited funding and is 2,000 miles removed from the hub of racing based out of Denver, Colorado. Yet somehow it’s able to run a successful, competitive operation. It doesn’t make any sense, right?

Here’s a few reasons why FRR has worked and continues to do well with driver Martin Truex Jr. this season….

One, and probably the biggest reason right now for its continued success on the competition side of things, is the alliance with Richard Childress Racing. Having a tie-in with a big budget, big five team is huge for these guys. The R&D and testing data alone that it has access to, not to mention the assistance with engines and chassis, is enough to put the performance over the top.

Two, good talent behind the wheel. Any race team owner who thinks they can run a successful Cup program with rookies or unproven drivers is playing a fool’s game, and it’s been shown time and time again. No offense to Cole Whitt or Parker Kligerman, but your example of Swan Racing folding last year proves this exact point. FRR owner Barney Visser stumbled during the early years with a bunch of journeymen drivers, but most recently has seen success because of the talent he was able to attract and develop in the No. 78 car. Regan Smith, Busch and now Truex are all exceptionally talented racecar drivers, and it’s paid off for Furniture Row.

And three… money. In today’s NASCAR it’s really that simple. Barney Visser owns the Furniture Row stores (or should I say empire) across the country and has the funding to adequately support the one-car team with the resources it needs to stay up with the big boys of racing.

In fact, just this past week in an exclusive interview with FOX Sports’ Tom Jensen, Visser and the team announced that it would like to seek a second sponsor so support the program and potentially add a second car to their stable.

The story of FRR is really a good one, and something I think all NASCAR fans wish other smaller operations could replicate for the future and strength of our sport.

If Summer doesn’t write the column who gets to make up the questions?

New game this season… Readers actually get to submit question to Greg at greg.davis @ frontstretch.com. This gives Summer more time to catch up on the history of NASCAR and learn about the pre-Brian France days.

No way…who’d want to read about the days before Hendrick Heroes ruled the world and Brad was bad? All those yucky old tracks and no Race to the Chase…..eeeewww gross.