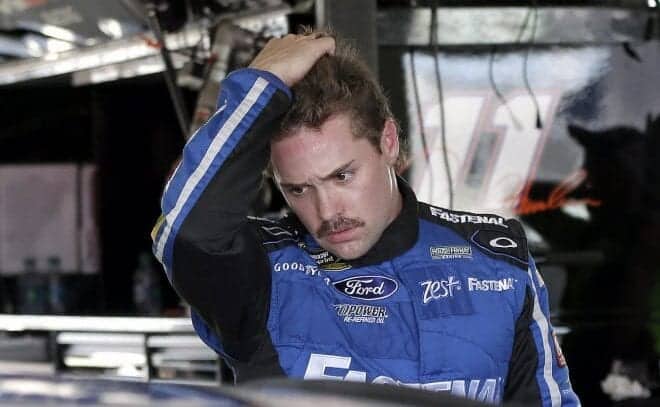 Every week Frontstretch will scour Twitter looking for some of the best tweets from your favorite NASCAR drivers, media members and other personalities involved in the sport. These are some of our favorite posts from the previous week and we hope you enjoy them, too!

Tony Stewart had some fun on St. Patrick’s Day last Wednesday after a day of relaxation and hitting some golf balls. Stewart posted this picture of himself with a green beer in his hand and the driving range.

Met a lot of great kids today @seattlechildren hospital. Children's is an amazing place, with so many strong kids. #StrongAgainstCancer

Even though NASCAR drivers have a busy schedule, Kasey Kahne took some time out of his day to meet some of the children at the Seattle Children’s Hospital. He took pictures with the kids, gave them autographs and numerous gifts that will change their lives forever. These are one of the numerous things drivers do that fans don’t hear a lot about.

Dale Earnhardt Jr. shared two goals going into last weekend’s NASCAR Sprint Cup Series event at the Auto Club Speedway. Those two things were to get a picture with honorary race starter Dwight Yoakam and win the race later that afternoon. We’re not sure if he ever got the picture with Yoakam or not!

Race over. Up next on @FOXSports1, Clint cracks a bottle of Thunderbird wine and keeps his microphone on. #ProgramNotesOfMyDreams

Clint Bowyer had the opportunity to serve as a guest broadcaster in Saturday’s NASCAR Xfinity Series race at the Auto Club Speedway on FOX Sports 1. Just for the record, NASCARCasm did not get his wish fulfilled.

Never watched a race in a suit before. Weird!!!

Once the race ended and the pressure was off, Bowyer had this to say after his first broadcasting experience. It probably was hard for the Kansas native because usually he’s either sitting in the trailer watching the race or out making appearances.

@The_GreenFlag "don't do a burnout, Kevin. You may inadvertently launch yourself to Mars or something." – from CC

Mark Martin shared a post on Twitter around a month ago making an opinion about drivers doing burnouts after they win a race. Since the post, Kevin Harvick has found other ways of celebrating after a victory. NASCAR Wonka had this to say after Harvick’s victory last Saturday.

Birthday cake! (But fancy enough to be a wedding cake!) thank you @AspenDental for a great night! pic.twitter.com/7blseEEAP2

Aspen Dental, a sponsor and supporter of Danica Patrick and the Stewart-Haas Racing team, put on a birthday party for Patrick. They took this picture with Danica beside the huge, almost wedding like, cake. Too bad they didn’t share it with us!

Thanks James ( @dennyhamlin ) for the positive encouragement!! pic.twitter.com/34laKJsg1F

On the way back home from Fontana, Ricky Stenhouse Jr. posted this picture of him holding a hero card with Denny Hamlin’s autograph written on it. Everybody needs positive encouragement every now and then, right!?

Wyatt loves wearing his "racing helmet" in the house all day!! pic.twitter.com/XYR5QIPOwu

Elliott Sadler shared this cute picture of his son Wyatt wearing a One Main Financial racing helmet. We can probably guess exactly what Wyatt might want to be when he grows up!

Sometimes when I need a smile, I think of @SluggerLabbe .. 1 of the Most genuine guys in the sport. Top 5 for sure!! #nascar

We saw another side of crew chief Slugger Labbe that not many of us might have known about before. Krista Voda, who’s a reporter for NASCAR on NBC, had this to say on Twitter! Everyone can use a smile, right!?

Be sure to check back here next week for some of our favorite tweets from this week! Also be sure to check us out on Twitter @Frontstrech and give us a follow!